Home InDepth Front Page Jews Who Hate The Jewish State
Share on Facebook
Tweet on Twitter
Nowadays the committed neo-Nazi will find anti-Zionist Jews falling over themselves to assist him. Paul Eisen, of the PLO front group Deir Yassin Remembered, has openly defended Ernst Zundel, now on trial in Germany for his neo-Nazi activities. Neve Gordon, the Israeli professor who sued his critic Steven Plaut in a blatant attempt to silence him, has not called in the lawyers to remove his own articles from Zundel’s website. And the anti-Zionist journalist Shraga Elam went to the trouble of writing to David Irving in order to share his belief that “Hitler was no part of the project Auschwitz.”
One does not need the wisdom of Solomon to detect in the aforementioned individuals a cer tain lack of charity in the Jewish direction. Even so, it is astonishing to discover the sheer virulence of their opinions about their fellow Jews.

Noam Chomsky tells packed audiences that “Jews in the U.S. are the most privileged and influential part of the population,” adding that “privileged people want to make sure they have total control, not just 98% control.”

In Michael Lerner’s journal Tikkun, which advertises itself as the guardian of the authentic Jewish conscience, we read of Jewish “conspirators” who run America on behalf of “Jewish interests” – evidence of the “industrial sized grain of truth” in the Protocols of the Elders of Zion.

And even this does not go far enough for Norman Finkelstein, who blames Holocaust compensation programs on “Jewish leaders carrying on like caricatures straight from the pages of Der Stuermer.” Is it surprising that Finkelstein’s books and essays are reproduced on neo-Nazi websites all over the Internet, or that Holocaust deniers celebrate him as “the Jewish David Irving”?

From collaboraton with anti-Semites and propagation of anti-Semitism, it is only a short step to glorifying the murder of Jews. Many anti-Zionists are happy to take that step. For Jacqueline Rose, suicide bombing is “an act of passionate identification” that creates an “unbearable intimacy shared in their final moments by the suicide bomber and her or his victims.”

Safe in her London lecture theater, Rose does not tell us whether the “intimacy” would be heightened if the jihadists were to succeed in their periodic attempts to blow up an Israeli skyscraper.

Another left-wing British Jew, Mark Elf, draws a subtle distinction: “To be rid of an Arab presence is to engage in ethnic cleansing. To be rid of a Zionist presence is to be rid of those who would engage in, or excuse, ethnic cleansing.” His comrades translate these principles into action: Jewish members of the International Solidarity Movement travel to Israel in order to facilitate “the armed struggle” for the “liberation of Palestine” – a struggle whose realities can be seen in the burning corpses and severed limbs of their co-religionists.

Occasionally, the bloodlust of Jewish Israel-haters provokes unease: Gilad Atzmon did raise eyebrows when he suggested that the burning of synagogues was “a rational act.” But the effect is short-lived. I recall no particular commotion when the prominent Israeli philosopher Adi Ophir contemplated the bombing of his countrymen by NATO.

It must be noted, with all due caution, that some anti-Zionists appear to harbor genocidal intentions toward their fellow Jews. Decades ago Arie Bober, leader of the Israeli communist Matzpen party, boasted of his support for an “Arab revolution” that would either split the Jewish workers from Zionism or slaughter three million Israelis in “another Holocaust.” Today we can detect similar ideas in the writings of Norman Finkelstein, who has invoked the destruction of Japanese cities in World War II as precedent for holding the Israeli people “accountable for the crimes of the Israeli state”; he also regards hundreds of thousands of Israeli settlers, including pregnant women and helpless invalids, as “legitimate targets for armed resistance.”

In conversation with a neo-Nazi website, Michael Neumann was equally blunt: “If an effective strategy [for fighting Israel] means that some truths about the Jews don’t come to light, I don’t care. If an effective strategy means encouraging reasonable anti-Semitism, or reasonable hostility to Jews, I also don’t care. If it means encouraging vicious, racist anti-Semitism, or the destruction of the state of Israel, I still don’t care.”

Recall that these are not the ravings of drunken skinheads in Germany or jihadist preachers in Saudi Arabia, but of salaried professors teaching at North American universities.

Sometimes the murderous impulses of Jewish radicals are quite independent of Arab-Israeli disputes, however broadly defined. According to Israel Shahak, even the proto-Hitlerian Chmielnicki massacres in Eastern Europe are not beyond the bounds of justification: after all, is it really fair that “an enslaved peasant is transformed into a racist monster, if Jews profited from his state of slavery and exploitation”?

Competing in his genocidal frenzy was the Israeli leftist Yigal Tumarkin, a founder of Peace Now, who disclosed: “When I see the black-coated haredim with the children they spawn, I can understand the Holocaust.”

And if these outpourings seem to be the products of deranged minds, let us not forget that even the impeccably liberal Tony Judt displays a striking indifference to the practical consequences of his proposals for the people of Israel. For Professor Judt, and for other advocates of the “one-state solution,” it is perfectly acceptable to leave millions of Jews helpless before the armies and suicide bombers of the Middle East (“Things change”), just so long as faculty dinners and cocktail parties are no longer spoiled by the latest controversy over Israeli military tactics.

Such re the ideas exposed to the light of day in The Jewish Divide Over Israel. Our book’s contributors – who range from left-wing supporters of Peace Now to right-wing advocates of peace through strength – are united around one principle: whatever their views on the future of Israel, they maintain that the Jewish homeland no more deserves to become a provisional country whose “right to exist” is the subject of legitimate discussion than the Jewish people deserve to be a pariah nation whose survival is conditional on the approval of anti-Semites.

In repudiating the Israel-haters in our ranks, we affirm not only our solidarity with embattled Israeli Jews, but also our own basic self-respect. 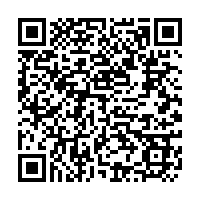