Seventy years ago, British detectives discovered Abraham Stern, a poet who had organized an army to fight for Jewish independence, hiding in Tova Svorai’s Tel Aviv apartment. A British policeman reached for his gun. Tova instinctively jumped between the gun and Stern, declaring, “You’ll have to shoot me first!”


Today, Stern is famous for having founded Lehi, also known as the Stern Gang or Stern Group. Stern and his followers – a few dozen when he was alive and one thousand by 1948 – fought to eject the British from Eretz Yisrael.

Stern was murdered in the living room of Tova’s apartment an hour after he was found. Tova is now 96 years old. She is one of the last links to the modern Maccabees who started Israel’s war for independence.

Tova Hochglick was born in 1915 and brought up in a religious home in Warsaw. Her family moved to Eretz Yisrael when she was eight but returned to Poland when the children got sick. They made aliyah again in 1934. While in Poland, Tova joined Ze’ev Jabotinsky’s nationalist Betar youth movement.

When Tova made aliyah, Betar charged her with watching over a younger member of the movement on the train leaving Poland. Having no ticket, he hid under her seat. Tova was next assigned to supervise a would-be illegal immigrant on the ship that carried her to Palestine.

“Srulik,” she recalls, “a blond, blue-eyed Betari, loved to sing and entertained the travelers and made friends with them all.” Only Tova knew he was a stowaway. As they approached Haifa, Srulik sat in one of the cabins, waiting for all the legal passengers to disembark; when the guards and officials were gone, he was to jump into the sea and swim ashore.

Unfortunately, one of the passengers was delayed aboard the ship and the authorities went looking for him. They found Srulik, who was sent back to Poland.

After the Holocaust, Tova inquired and learned he died fighting as a partisan.

The night before she left Poland to make aliyah, Tova and a friend walked between their homes, unable to say good-bye. Her friend told her about a group in Eretz Yisrael called Brit Habirionim (League of Toughs), whose teenage members had torn down the Nazi flag from the German consulate in Jerusalem. Tova promised her friend she would meet the heroic teens.

In Haifa, Tova met a Betar member named Moshe Svorai and told him she wanted to meet the man who had taken down the flag. He told her, “He stands before you.” They were married a few years later.

In 1936, “after many meetings and conversations in small and dark rooms,” as Tova recalls, she joined the underground Irgun. Moshe, who had been arrested for incitement against the British in the early 1930s, was arrested again in 1939 as a member of the Irgun. While Tova and her Irgun unit were taking their first lessons in firearms, she made weekly trips to Acco prison to visit Moshe – but she was already an Irgun courier, bringing messages to and from the prison.

The Svorais’ first daughter was born a month after Moshe’s release from prison. They named her Herut (Liberty).

After Moshe’s next arrest, Tova made weekly visits to the Mizra Detention Camp, his new place of imprisonment. Now she acted as courier for Abraham Stern’s Haifa underground. She smuggled mail to prisoners; found visitors from Tel Aviv to take intercity messages; and managed to get a gun inside the camp. Tova hid it in a box of honey and says she “stood near the fence as a nice Englishman looked at everything. I smiled even though I was worried because I had a daughter at home. But the gun got to Moshe.”

On other days, while supposedly leading a quiet life with her family, she looked for young people with whom to “talk about the hot subjects of the day, like whether to respond in kind to attacks on the Jews and whether to prepare to establish an army.” She let the underground know when she encountered potential members.

“So even though I was mother to a young girl and the wife of someone under arrest, I felt I was doing something to establish the state we dreamed of,” says Tova.

While being transported from prison to prison, Moshe and his police escort stopped for some beer and Moshe escaped as they drank and used the facilities. He and Tova were soon back in Tel Aviv, an area Abraham Stern then put under Moshe’s command. One night in January 1942 Moshe brought Stern to his apartment and asked Tova if Stern could stay; he had nowhere to hide and was being hunted by the police and Jews who opposed his war against England. 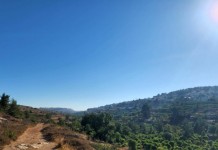 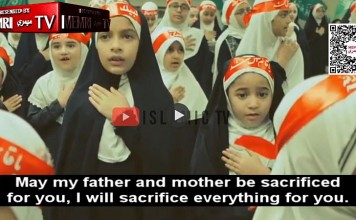 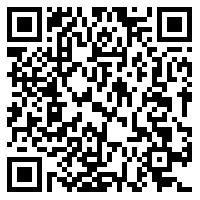