They were adrift at sea – endlessly, it seemed – a fierce storm tossing the ship about mercilessly. And then, as if the vessel could take no more of the punishing, raging waves, it came to rest its worn-out hull at an island. The weary passengers disembarked, relieved to set foot on solid ground and take respite from their harrowing ordeal. Exotic fruit trees and freshwater wells dotted the landscape in profusion, a welcome sight for fatigued eyes – a virtual paradise.

The seafarers comprised five distinct types. First the introspective sort, who anticipated that the wind would soon abate and the captain would then be eager to get underway. On the other hand, they also reasoned, the wind could pick up velocity and carry the ship far into the deep blue where it could become entirely inaccessible. This group made the decision to play it safe and stayed put on board.

The second body of passengers opted to bide their time cautiously – taking in some minimal sight-seeing and plucking some of the mouthwatering fruit from the trees before returning to take their places aboard the ship.

One might say that the third group got a bit carried away by the island’s exquisite allure. Awakened from their reverie by the blast of the ship’s horn as the captain determined to set sail, they clambered aboard posthaste and found, to their chagrin, that the early birds were already ensconced in the choice seats.

The sounds signaling imminent departure hardly escaped the fourth division of passengers. Yet these meanderers rationalized that they still had plenty of time. After all, the sails needed to be hoisted and rigged to the mast, and the crew would surely enjoy a meal before setting out on the high seas again. They broke into a frantic run when, to their great astonishment, the craft was seen to move away from shore. The group barely made it by jumping into the water and swimming toward the ship.

The fifth unit of people remained on the island, totally heedless of the disappearing craft. So transfixed were they by the tangible appeal of their habitat that they envisioned never taking their leave. Eventually, the summer season came to a close and the fruits began to drop to the ground. Before long, there was a shortage of food as well as a lack of protective gear against the cold, and the island’s inhabitants wailed over their bitter fate. Gradually, they succumbed to the agonizing scourge of hunger and body-numbing temperatures.”Assissi l’chanenoch b’lev karua umurtach I’ve come before You with a torn and searing heart to seek Your mercy . . . like an impoverished one begging at the door” intones the chazan on behalf of the klal in the Rosh Hashanah morning service.And so it is that we mortals alight from our ship onto this world. The tzaddikim, unsayed by desire to indulge in the pleasures the “island” proffers, stay on board. Their goal is to serve their Creator faithfully until the time their souls are ready to depart this world and return to their Maker.

Then there are the fairly farsighted who are diverted but briefly by the enticements of the island. They repent their transgressions while still in the prime of their lives – the most advantageous type of teshuvah. Those of the third category tarry and come to their senses in their senior years – better late than never.

The fourth group consists of those who delude themselves into thinking that they have all the time in the world, that life will never catch up to them. It is when they spy their ship moving away, when illness overtakes them, that they muster barely the strength to rise from their sickbeds to save their souls, expressing remorse for their misdeeds.

The Mechanics Of Teshuvah 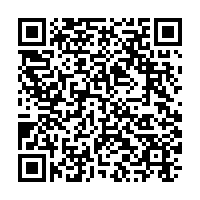