Once again, the calendar has rolled around to Sivan. Congratulations to all those who have successfully counted all 49 days of Sefiras Ha’Omer! Now let’s move on to an analysis of Sivan – the month of the Torah.

For those of you who are familiar with the Arizal’s modus operandi of matching each of the months with one of the twelve tribes, I am sure Sivan has got you perplexed. The Arizal aligns Sivan with Zevulun – the sea merchant. One could ask a fair question: What led the Arizal to the conclusion that Zevulun should be aligned with Sivan instead of perhaps Yissachar – the scholar who spends all his time studying the Torah which was given in this month? Now, one might suggest that since Zevulun pays all of Yissachar’s bills, he is considered Yissachar’s equal. However, while it may be true that Zevulun will receive an equal portion of Heavenly reward, we still don’t know why Zevulun should be matched up with the month of the Torah any more than Yissachar who actually does study the Torah all his days.

Before we answer this question, let’s add one more. The Sefer Yetzirah writes that every month is aligned with a particular letter – with Sivan being aligned with zayin. In what way can we understand this enigmatic idea? Come; we have a way to go.

In order to answer these questions, let’s take a detour to discuss the origins of the name Zevulun. The Torah (Bereishis 30:20) describes how Leah stated “Ha’paam yizblni ishi – Now [that this child is born] my husband will make his permanent dwelling with me, for I have borne him 6 sons. And she called his name Zevulun.” The Torah is explaining that the name Zevulun comes from the word “zevul” – a permanent dwelling place. This is strange considering Zevulun’s is known as an overseas traveler. While a sea merchant may indeed have a house, he rarely spends time there. If anything, the sea would be called his dwelling place more than the dry land. While one may suggest that Leah’s statement was of limited significance, the Midrash (Bereishis Rabbah 71, 3) debunks this theory by explaining that the names of the Shevatim are laden with significance and, indeed, define who they and their descendant are. So why is the frequent flier associated with dwelling places?

Perhaps we can begin to answer this question by looking at the Vilna Gaon’s explanation of Sefer Yonah. Although he does not Heaven forbid negate the historical veracity of this book, the Vilna Gaon explains that Sefer Yonah can also be understood as a parable to the soul’s journey through the world. The traveler is the soul, the boat is his body with which he moves along, and the sea is planet Earth. Yonah describes how the soul often tries to flee from the Will of G-d but is unable to escape his spiritual calling. What can we draw out from this exposition? It seems that the Vilna Gaon understands that this world can be compared to the sea! So Zevulun is not one who stays away from the dwelling place of civilized men, but rather his abode typifies such places.

The answer is, we are not commanded to make the world a zevul for us but rather for Hashem. Hashem made the world so that we can earn eternal reward by making the world into a dwelling place for Him. Our Sages teach “Rotzoh Hakadosh Baruch Hu laasos dirah B’tachtonim” – Hashem desired, as it were, to have a dwelling place in the physical realm. But how can the Holy One dwell in the lower world? Through the Torah. The Torah describes precisely how we must live our lives. When we follow the laws and ways of the Torah, the world becomes a Hashem-centric place. If we cause the whole world to be run in accordance with G-d’s will then the world indeed becomes a “dwelling place” for the Holy One.

However, one could still ask, why is this specifically Zevulun’s job? Doesn’t everyone have an obligation to make the world a godly place? The answer is that of course everyone has this obligation. But Zevulun is uniquely suited to fulfill this task because he is the one who is out there in the world. The businessmen who interact with the peoples of the Earth are in just the right position to show everyone what it means to live according to the Torah. Yissachar, indeed, makes the globe a godlier place by increasing knowledge of Hashem’s way of thinking. Also, Yissachar is the one who provides guidance in how to live properly according to halacha. His contribution cannot be understated. Nevertheless, Zevulun is the one who enables all this by supporting Yissachar financially. Secondly, while Yissachar’s halachic renderings are truly the only way we know how to live in the world, it is Zevulun who actually brings those psakim to the world. The opportunities Zevulun has to make a dwelling place for Hashem are that much more encompassing. So in reality it is Zevulun who is most suited for the month of the Torah, for it is he who extends its reach the farthest.

Let’s wrap it up by explaining why Sivan is aligned with the letter zayin. You see, zayin is not just the seventh letter; it is also a word which means “weapon.” In the month of the zayin Hashem gave us a weapon with which we can fight the world war. You may not have realized we are engaged in a war, but it is a fact that we are. The nations of the world struggle mightily to crown man as the king of the universe, while we Jews contend that Hashem is the King of the universe. The nations fight to create a man-centric world, while our people battle to construct a dwelling place for the Almighty. The Torah is our only weapon, because without it we have no way of knowing how this holy abode can be built. Molding the world in accordance with Hashem’s plan cannot be done simply by following our hearts. We must work to incorporate halacha into every aspect of our lives. We must act in a way befitting the bearers of G-d’s Word and we must cause G-d’s Name and ways to become beloved in the eyes of all humanity. All this can only be done with our secret zayin – the Torah. May we merit this month to receive the Torah with a full heart and learn to use it in fulfillment of Hashem’s Master Plan. 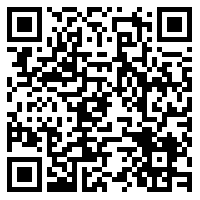