In early May – in time for Shavuos when we celebrate the union between G-d and Bnei Yisrael – Nishma Research released its highly anticipated latest survey, “Orthodox Jewry: Community, Connection, Understanding and Orthodox Jewish Singles.”

Nishma focuses its surveys on matters of importance within Orthodox Jewry, from Modern Orthodoxy to Charedim. Since its founding seven years ago, Nishma has conducted 12 surveys, including the “The Finances of Orthodox Jewish Life,” and “Health, Emotional, Financial and Religious Impacts of the Coronavirus Pandemic in the Jewish Community.” A lot of variables and test subjects are needed to get an accurate picture of what is happening in the Orthodox world on any specific topic, and the results can be very surprising.

One of the questions asked this time was, “What are people looking for in a dating partner or a potential spouse?” Respondents were given a list of 27 characteristics to choose from. The top answers were: being respectful of others, honesty, compassion and kindness. However, when the survey focused specifically on men versus women, very high on the list for men were physical appearance and, for females, financial situation, income, profession and ambition.

But are “respectful of others, honesty, compassion and kindness” just politically correct answers? “It’s definitely possible,” Mark Trencher, founder of Nishma told The Jewish Press. “But I think overall this is how people feel. There may be a girl that says I want somebody who’s rich or a guy that says I want somebody who is good looking, but I want to look more evolved than that so I’m going to put down something that’s humble. But, nevertheless, the fact that these kinds of personality traits were mentioned means there is a balance and many young people who have been dating for more than a year or two have come to the realization that they are looking for someone who is respectful. So yeah, if you’re looking for money and good looks, sure. But in the long run, if you want to be married for more than a few years, you need to look for those other kinds of personality traits as well.”

Other areas of the survey surprised even Trencher. “There’s a saying that young people’s first goal is to get married,” he said. “A surprise for me was to see that sometimes it’s not even one of the top goals, and often there are many other goals of equal importance going on at the same time, such as growing as a person, developing financial security. We need to realize that singles are complicated people just like married people.”

Trencher said that ultimately the goal of the study was not to examine the shidduchim and dating system but to understand where singles are coming from and to give Jewish organizations and shuls insight on how to help them interact with singles. Trencher said the survey shows singles “don’t feel valued, feel unimportant,” so the goal is to impress that message and say, “This is what people are saying and we are going to give you a ten-step approach to improving the lives of your single individuals.”

Trencher said another surprise came from a respondent who told of a time where, as a single, they were invited to a wedding, and being single, she and another woman who was widowed were seated at the children’s table. “Crazy, it’s really about singles not being treated with respect. So that really surprised me.”

Trencher had a mixed opinion when asked if the culmination of all his surveys throughout the years painted an optimistic picture of where Orthodoxy was headed. “Yes and no.” he said. “The yes is, for example, when we asked people how important is your Orthodoxy as a part of life no matter what happens – controversy, disagreement, pandemic or election – the majority say it is a very important part of their lives. On the other hand, there’s a lot of disagreement and a lot issues, and we have always been ‘two Jews have three arguments.’ So, I’m moderately optimistic.”

Into this complicated picture of the state of singles has stepped Gedale Fenster, a very popular Breslov teacher and successful businessman, who has been catering to a singles audience for years. He has a unique ability to tackle the issues affecting Orthodox professionals including navigating being spiritually, emotionally and financially successful. For example, Fenster runs a drug-treatment rehab center in the Miami area, and his daily lessons are an inspiration to those who are dealing with personal struggles as well. Nearly 30,000 Orthodox listeners tune in to Fenster through Spotify and WhatsApp daily.

Earlier in May, Fenster returned to the Park East Synagogue in Manhattan for another social and teaching event. It was the first event he held in New York City since the pandemic began. The first hour is devoted to light dinner, wine and music, a social event that attracts single men and women ranging in age from 20s to 60s. This year’s event sold out a week early, with 950 attendees.

“It felt good to be back in New York City,” Fenster said. “But I recognize there’s a lot more work to do. I recognize there are things that people are grasping and some things people are not grasping. So it gave me a lot of feedback. But we sold out a week before the event, and I’d like to see us at the Lincoln Center or somewhere even larger by next year.”

Fenster noted this year a difference in the trip to New York, something he wasn’t prepared to experience. “Manhattan is usually a place I go to get a burst of energy. But this time it was different than it was before Covid.” He said what Manhattan needs is to get out of its pandemic era funk and to remember what made it so great in the first place. “Trust and excitement. Since Covid it seems that excitement is no longer there. There is a lot of fear in the air and people have to go back to trust and unity. Every time you have a situation like Covid, it’s also an opportunity for someone who has not gotten spiritual to embrace spirituality. So sometimes there has to be a contraction in order for expansion.”

Asked why he has picked up such a diverse, ambitious, but still religious following (before Covid his trip to New York included a speaking event in ultra-conservative Williamsburg, Brooklyn, that drew 300 people), he said, “I think it’s the language, energy and the emotional connection, and the out-of-the-box thinking. I think people like to hear a fresh perspective. And many of the things I speak about, I’m going through the same challenges. We’re definitely attracting a resilient crowd. My message is, you got a problem, you gotta bounce back, there no other option.”

I asked Fenster his opinion on the survey findings. On the question whether singles felt that the Orthodox system of dating was going well, Nishma found that most singles had an unfavorable view. Only 4.7 out of 10 felt it was going well; even worse, at the age of 40 or more, only 3.6 viewed the system favorably. Women also had a negative view. Still, Fenster said, “There’s a lot of frustration, a lot of projecting instead of reflecting. But in my classes I tell people, if you’re not attracting something, don’t blame the system. Figure out what you need to change.”

Fenster was also asked about the four top things that singles find important in their lives. According to the survey, 63 percent of singles say marriage is their top goal, followed by overall happiness, personal growth, and then finances. Fenster thought a more accurate order is: “Personal growth, happiness, money, then marriage.”

Nishma Research is releasing another survey on Antisemitism and Orthodoxy (official title to be announced) in June. Gedale Fenster can be found daily on Spotify. 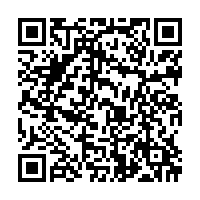