With the run-up to the first-ever internal primaries for the Jewish Home Party (Ha-Bayit Ha-Yehudi) in full steam, one of the most hotly discussed issues is the candidacy of 36-year old Ayelet Shaked.

The co-founder and former chairman of the MyIsrael (Yisrael Sheli) national movement, the recipient of the 2012 Abramowitz Israeli Prize for Media Criticism and a close associate of Naftali Bennett – the two worked together in the office of Benjamin Netanyahu prior to the 2009 elections – Shaked is raising some eyebrows due to the fact that she, unlike Bennett, is a self-declared secularist.


Thus while Naftali Bennett is seen as taking on the old guard in his bid to become the new chairman of the Jewish Home Party, Ayelet Shaked is facing an equally difficult task in attempting to become the first secular member of Knesset for a party that was formerly known as the National Religious Party (Mafdal). While no one doubts her strong pro-Israel credentials, not surprisingly the voices are divided within the national religious world regarding a secular candidate for a traditionally religious party.

After reading much about her in the Hebrew press, I decided to meet with her in a Tel Aviv café in order to get an up close impression of this up and coming star.

Yoel Meltzer (YM): You grew up in Northern Tel Aviv, not exactly the breeding ground for future right-wing stars. This being the case, from where did you acquire your strong connection to many of the ideals of the religious Zionist world?

Ayelet Shaked (AS): I think originally a bit came from my home. My mother was a teacher of Bible in Tel Aviv and my father was masoriti (traditional). Every Saturday we went to synagogue and we made kiddush. However, since the discussions at home tended to stay away from politics most of my political views I eventually developed myself.

Later on when I was in the army I served in the Golani and I became close friends with many religious Zionist soldiers. This in turn strengthened my ideology. I also spent part of my army time in Hebron and became friends with many people there, which also had an influence. But overall most of my political views I just developed on my own.

YM: Was there any one person or a particular event that had a profound influence in shaping your world outlook and political views?

AS: Yes. I remember when I was very young, perhaps 8-years old, I saw a debate between Shimon Peres and Yitzchak Shamir and I really liked Shamir. So I think since then, even though I was just a child, I’ve considered myself right-wing.

YM: Before you announced your intention to run in the primaries of the Jewish Home party, did you expect the reaction your candidacy has triggered?

AS: I must admit most of the people are very warm and happy with my candidacy. I receive many emails and messages in Facebook, people saying we support you and we’re very glad you’re with us. They’re in favor of opening the divides and having real cooperation between different people in Israel. I’ve also met many yeshiva students who have told me that their rabbis are very excited that I’m getting involved since they’ve been waiting for years for the party to stop being a closed one-sector party. So overall I really believe that those who are opposed to my entering the party are a minority.

Having said that, I definitely expected there would be some opposition and I understand it. I realize that my presence within the party makes some people uncomfortable.

YM: Have you been contacted by any of the rabbis or public leaders who are opposed to your candidacy on the grounds that you’re secular?

AS: No, none of them have contacted me directly.

YM: If one of them were to contact you, what would you say to him?

AS: First of all it’s his right and I respect that. Even though we may have different views we need to respect each other. Nevertheless I would tell him that if we want to have a large party to the right of Netanyahu, one that is based on the Bible and Jewish values, then the party needs to be opened to secular and traditional Jews that identify with the values of the religious Zionist community. 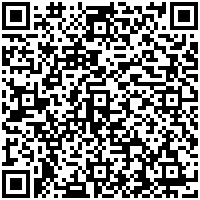