Editor’s Note: Daniel Retter’s father, Marcus Retter, z”l, escaped from Vienna to England in 1938 on the Kindertransport. His father’s parents and sister were deported from Vienna to Riga, where they were murdered by the Germans and Latvians. He says that since his father should have been the one asking some of the following questions, the interview is dedicated to his memory.

Dr. Ernst-Peter Brezovszky has been a member of the Austrian diplomatic service since 1986, with postings to Dakar, London, Brazil, Krakow, and New York. He was appointed consul general in New York in October 2009.

The Jewish Press: How could the Austrians, such a cultured, educated people, turn so evil and cruel – exhibiting even greater anti-Semitism than the Germans, according to many who suffered at their hands?

Brezovszky: I am stunned and deeply sad about what you have rightly pointed out. How could they suddenly follow these Nazi barbarians, many enthusiastically? I will give you one straight answer: I do not know; it is still shocking and deeply saddening.

You said “these Nazi barbarians.” Was this an alien force from outer space that invaded your country?

Actually, they were Austrian and German barbarians, not Nazi barbarians.

Yes, absolutely. Too many Austrians were willing to participate in a criminal regime. Too many Austrians, already weakened by a global fascist movement, a worldwide economic depression and lack of hope for the future, were willing to be part of the criminal Nazis. But still some Austrians, Christians, Socialists, Communists, Monarchists – 60,000 of them at least – were sent to concentration camps with their fellow Jewish citizens within days of Nazi Germany’s annexation of Austria in March 1938.

Kurt Waldheim, former secretary general of the United Nations, covered up his past as a Nazi military officer facilitating the murder of Jews in Salonika, Greece. Even after he was exposed, Austria elected him to represent it before the whole world. How did that affect relations between Austria and the Jewish community?

Waldheim was elected Austrian president in 1986. His presidency put a strain on the relations between Austria and the United States and Austria and the Jewish community for many years. Let me remark, however, that the UN reelected him twice and some people speculated that the intelligence services around the world certainly knew about his past. The discussion about his role in the German Wehrmacht, however, became a catalyst for Austria to finally admit to its moral responsibility during the war for the slaughter and annihilation of the Jews in Europe.

How does Austria view the situation in the Middle East?

Israel will exist forever. At the same time, we must find the solution for Palestine.

You make it sound as though jihadist Islam would disappear if there were no Palestine/Israel issue. Is this not a war of civilizations between the West and Islam, with Israel and Palestine, only a minor point?

Excuse me, but this is the core of these questions.

You think the core of the militant terrorism is Israel and Palestine?

No, no, no. The core issue is peace in the Middle East. This is the number one question.

If there were peace in the Middle East, do you think Islamists would disappear?

I must tell you, I am sure if you ask ten people you will get ten answers. We have been talking for a long time about the miserable economic situation among young people as being a major cause of the Islamist problem.

In Pakistan and Afghanistan there is a miserable situation among young people, which is helping the Taliban to recruit more people.

But look at Hamburg, Germany, where young Germans want to become Islamists, which has nothing to do with poverty at all.

Absolutely. Of course, there is a strong fundamentalist background to the whole problem. You saw the Time magazine article about the horrible scene of the mutilated young Afghan girl under the rule of Taliban soldiers. This must stop.

What role is Austria playing to try to bring the warring parties together?

Just one example: In my former function as ambassador for International Organization Conferences, I organized for the Austrian federal president and the foreign minister a conference with the presidents of Iraq and Afghanistan, the former president of Iran, as well as religious leaders like Rabbi Arthur Schneier . There were a thousand people, but the big problem is “preaching to the converted.” Austrian Foreign Minister Michael Spindelegger is working very hard to make Vienna an even stronger platform for peace and dialogue.

You served as consul general in Krakow. What were your thoughts when you saw Auschwitz and how has this visit affected your life?

I visited Auschwitz not just once but about 50 times. It was really the most touching moments of my four years as consul general in Krakow, when I officially visited Auschwitz in 2002 with the Austrian foreign minister. Austria feels a moral obligation and responsibility for what I saw and for the crimes of these times.

How did it affect you personally?

How did Auschwitz affect me? Auschwitz is, in “scientific” language, the industrialization of horrible murders; it never can be forgotten, and it will follow me until my last days. I saw so much hair on display behind glass, hundreds of children’s shoes when you see the cynical way they put things on suitcases, with names and destinations, which is heartbreaking.

Why did Austria consider itself to be a victim of the Nazis?

It should be remembered that the Moscow Declaration of October 1943, signed by President Roosevelt, Prime Minister Churchill, and Joseph Stalin, sought to influence Austria to move away from Nazi Germany, and declared in the first paragraph of the Declaration on Austria that Austria was the first free country to fall a victim to Hitlerite aggression.”

Austria and many of its politicians have since then held this out as proving that we were victims. [But] Franz Vranitzky, the Austrian prime minister in 1993, spoke to the Knesset and said that “We share a moral responsibility because many Austrians welcomed Anschluss supported by the Nazi regime and helped it to function. We have to live up to this side of our history.”

As a result of this important speech, there was an end to the use and sometimes abuse of the Moscow Statement, since there were too many Austrians who had cooperated with Nazi Germany, too many who welcomed Hitler without a shot being fired during the annexation, too many who tolerated Hitler.

But on the other hand, if Hitler was so sure of Austrian cooperation, why did he come on March 12, 1938, rather than wait until the following Monday for the plebiscite to determine if Austria wished to be annexed by Germany? He was not sure about the Austrian vote, either.

At the Consulate, there is so much reading material available published by Jewish organizations in Austria dealing extensively with the Holocaust and Israel. Instead of your country trying to sweep away its terrible shame, Austria is willing to allow this shame to be remembered and discussed, and even placed right in the heart of the Austrian government’s presence here, in New York. For how long will Austria allow its activities during the war to be “publicized” in such a fashion?

The Austrian government is pledged and dedicated to the idea of “never again.” The Holocaust should never be forgotten, ever. This was the greatest crisis in human history; it must remain in our memories forever, it must not be forgotten ever. There is no date when Austria will stop discussing the Holocaust and what happened to the Jews. I must repeat the words of George Santayana – “those who cannot remember the past are condemned to repeat it.”

What is Austria’s position on Iran?

We are a member of the Security Council and together with others on the council we have pushed for even harder sanctions. [Though] we are very much against military action . we are for even stricter sanctions against Iran; Israel must live forever and we must not allow any existential threat to it.

One might have assumed that if a country declared that another member of the UN should be wiped off the map, the Security Council would condemn and threaten to expel such a country from the UN. Why has that not happened to Iran?

The Security Council is trying to bring Iran along the right direction, and Israel’s existence has to be guaranteed as a member state of the United Nations. We must not allow for any double standards.

Describe your interaction with the local Jewish community.

I am very happy about my frequent meetings with members of the Jewish community and about setting up various conferences. Actually, we have a major memorial ceremony [scheduled for] November 10 to commemorate the pogrom of November 1938 – called by many “Kristallnacht,” but that is too “nice” a word for such a horrible night. Rabbi Arthur Schneier and I will be introducing Rabbi Paul Chaim Eisenberg, the chief rabbi of Vienna, and the Austro-Israeli singer Timna Brauer at the Park East Synagogue. I have also met with Rabbi Niederman of the Satmar community to assist with protecting Jewish cemeteries in Eastern Europe by helping him with access to the relevant government officials in Austria.

Daniel Retter, Esq., practices law in New York City and is a feature writer for The Jewish Press. 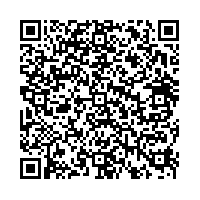