When he was still a toddler his family moved from Lakewood to Toms River, N.J., so that his father, a physician, could be closer to his practice. His father’s success could be traced back to his family’s arrival at Ellis Island a few generations earlier to escape Russian persecution. When an immigration official found his family name, Robinowicz, too hard to pronounce, the guard changed it to Robinson. 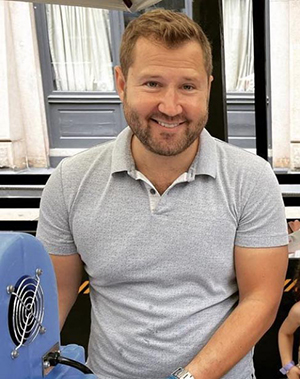 It’s not a name, but life experience that shapes who Robinson is today. As a kid he proved to have a rebellious streak, and was eventually expelled from Hebrew school. It wasn’t until his adult years that he would reconnect with his Judaism. “I sat down with a rabbi in the financial district and we talked about the eternal dichotomy of someone who could be expelled from Hebrew school but feel so greatly impassioned for his Jewish brethren and for their protection, and the rabbi looked at me and said, ‘You realize that it’s often the people who get expelled from school who end up becoming the greatest leaders?’”

That rabbi, Rabbi Nissi Eber of Chabad, who serves the Wall Street and the Financial Districts in Downtown Manhattan, told The Jewish Press, “I think Brian is passionate about Judaism and antisemitism. He’s a moderate Democrat and I think he’s bothered [by some of the things he sees in his party]. He may not consider himself the most religious Jew but he considers himself a proud Jew and when he hears antisemitic rhetoric this is something he will stand up to.”

The Jewish Press caught up with Brian Robinson to hear his motivation and his plans for District 10.

The Jewish Press: You sold your business, Churchill Credit Solutions, so you could focus on running for office. That’s a huge risk – but also a real sign of your commitment. What are the driving forces behind your desire to run for office?

Robinson: First and foremost, I’m doing this for my daughter. And right now the state of our country is not one I am happy for her to inherit. I truly feel I’d be remiss as a father at this point if I didn’t involve myself, because I’m afraid this city and nation are on a downward trend. Public Safety, antisemitism, and racism and violence. These are the underlying problems.

My wife and daughter were actually followed by a stranger into my building and down our hallway despite repeated attempts by my wife asking him to stop following and they came running through our door. Only the sound of my voice made the guy stop pursuing. Later I found the guy down the hall looking under people’s doors to see if they were home or not and I escorted the guy out. I’ve lived in New York City for 15 years and never have I or my family experienced anything like that.

That’s truly scary, and yet we hear about these types of encounters happening more frequently, and all too often with a violent ending. In February a young lady by the name of Christina Yuna Lee was followed into her apartment by a mentally ill homeless man who fatally stabbed her 40 times. So we have a real mental health crisis happening in our city and among our homeless population. Are we dealing with this crisis appropriately?

A large portion of the public safety crisis that we’re dealing with in our community today is attributed to the not-for-profit homeless industrial complex. These are unregulated, un-audited negligent institutions that are taking in money hand-over-fist not to help mental illness but to perpetuate it. That’s why despite $3.5 billion going to these shelters… by the way how does that much money not make things better? But it’s clear the homeless situation, the mental health situation and the violence is getting worse.

And this is exacerbated by our incarceration crisis which is releasing criminals early and sending them to the shelters, many of them level-three sex offenders, and many of the shelters are near schools. My solution is federal oversight of these shelters. We need performance metrics and we need physicians on staff at these shelters to evaluate anyone who is going through the criminal justice system that claims the right to shelter in our city. And if a physician deems the person to be a danger to himself or others, there has to be a different customized plan which involves a state hospital, instead of a shelter that is not equipped with the level of support needed for severe mental illness.

This would protect our neighborhoods and the homeless population; 80% of which do not hurt a fly. But there’s that 20%, and I have spoken to psychiatrists and experts in the field, and they say because of psychotic, antisocial and personality disorders, as well as drug addiction, that with our large and increasing numbers of homeless, 20% is a substantial amount.

And yet we still need to address the true criminals that are plaguing our streets as well. And this is complicated because you’ll have to work with state legislators in Albany and local city officials to have a real impact. What’s your plan?

I will certainly back any state legislator to appeal or at least heavily alter bail reform because it’s clearly not working. A significant percentage of those let out on bail reform laws are recommitting felonies without real consequences. So they are emboldened to commit more crimes. We can’t coddle criminals as if they are children who don’t know the difference between action and consequences.

Before the district maps were redrawn you found yourself running against Jerry Nadler, who is now running for re-election in District 12. What were the mistakes Nadler made that you would do differently?

I would have never used my congressional influence to say something as reckless as “defund the police” or “relocating police funds,” as he put it, because as soon as he said it, they did it. And that’s the power of someone in a federal position, affecting lower levels of government. The City Council then transferred a billion dollars from the police budget to Thrive NYC, de Blasio’s wife’s pet project, in my opinion a complete failure. And even now, two years later, the police are in a state of demoralization; morale is extremely important.

Nadler also supported the Iran deal which is completely ridiculous. Also, I can’t even take someone like AOC seriously when she speaks about Israel. She is so misinformed. I plan to call her out every time she starts her antisemitic attacks of Israel and Jews in general. I want to get to Washington and be a pro-Israel Democrat. Israel is our greatest ally and the BDS movement has to be squashed.

In District 10, Bill de Blasio has said he plans to run. Are you concerned about running against the former mayor of New York City? Why are you the obvious choice over this seasoned politician?

He recently shunned AIPAC, which is crazy to me. This is not a man who can ever be trusted to be an ally of Israel or reasonable Jews across the world. He’s running in a city that has the largest Jewish community in our country. We need to watch out because within the progressives is this growing and insidious antsemitism. If we get a progressive or someone like de Blasio elected we can be assured we’ll have an antisemitic congressman who will sit easy with the squad.

He closed businesses and locked the public parks in Jewish areas. Do you think the Jews in Borough Park will remember what de Blasio said and did during the height of the Covid pandemic?

He basically tweeted out to the world during the height of Covid that the Jewish community needed to get their act together. I remember the whole thing and consider it some of the most antisemitic periods in our modern city history. And now he wants to represent Borough Park! To me it’s an oxymoron and I think that people will remember what he did shutting down the parks, the businesses, people’s livelihood, simply because he decides he’s the king and he’s going to target a certain community and say you are not allowed to function until I say so. And now he comes out with this lame apology – only because he’s running for congress. Any politician in Borough Park who supports him does not represent the people. Period.

You may be the only moderate Democrat running in District 10. In a summary why are you the best candidate for the job?

I’m the only candidate vested in unification not divisiveness. I’m the only candidate who is a rational centrist, somebody who will come in and work with those on both sides of the aisle. What we’ve lost sight of is that government does not function without compromise. And when I look at the other candidates I’m running against I’m the only one who understands that. 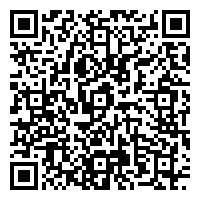