Dr. Mordechai Lipo, 71, lives in the Bayit Vegan neighborhood of Jerusalem. Well-known as the physician who cared for Rav Tzvi Yehuda Kook, head of the Mercaz HaRav Yeshiva, in the last years of Rav Kook’s life, he has been called on to treat many noted Torah scholars in the course of his career, including the Baba Sali and former Chief Rabbi Mordechai Eliahu.

Recently, Dr. Lipo has been in the news concerning a treatment he developed for healing a variety of illnesses to which stress and tension are contributing factors, and preliminary evidence indicates that Dr. Lipo’s “Kinor Lev Therapy” can help patients cope with and recover from Covid-19.


Dr. Lipo’s do-it-yourself kit, which can be ordered by mail, contains a finger sensor, a biofeedback app, a music card, and audio and visual directions. (Dr. Lipo emphasizes that it’s vital that the therapy begins while the patient is conscious and before he needs a respirator.)

The Jewish Press: Can you briefly describe your work as it relates to stress?

Dr. Lipo: For almost two decades, I have been working on methods for managing stress, which is one of the evils of our generation. Stress has many negative side effects – on the heart, on blood circulation, on breathing, on the immunological system, and on diseases such as cancer and Alzheimer’s.

Stress directly affects the brain and the autonomic nervous system. While stress can sometimes be a positive survival tool, the stress resulting from the high-level of anxiety that characterizes modern life can lead to chronic illness.

How does the Kinor Lev Program work?

Over the past several years, I have developed a method for balancing the autonomic nervous system by playing music synchronized to the heartbeat in real time. The patient is connected to an appropriate sensor that records his pulse. The sensor is connected via bluetooth to a smartphone or a tablet, via an android operating system, which is connected to music.

With earphones, the patient listens to the synchronized playing of the music and the heartbeat, enabling him or her to feel the changes and fluctuations between sympathetic arousal and parasympathetic arousal and to reach an optimal balance of the autonomic nervous system in a very short time, creating a sensation of well-being and calmness.

The playing of music according to the heart pulse is mentioned in the Zohar as being used by King David when he played his harp to relieve King Saul of his deep depressions. Thus the name of the treatment: kinor (harp) and lev (heart). Reference to the method can also be found in the teachings of Rebbe Nachman of Breslov.

Can you explain in a bit more detail how the treatment works?

Many studies point to the great importance of balancing the autonomic nervous system and lowering stress in dealing with viral and Covid-19 infections, which are especially harmful to the respiratory system.

The treatment guides the person to reach the proper balance between heartbeat and breathing. Over the years, we have witnessed the great efficiency of the Kinor Lev Therapy in improving mental relaxation and breathing, as well as pathologies related to the autonomic nervous system such as anxiety, high blood pressure, post-trauma, depression, sleeping disorders, ADHD, OCD, gastrointestinal conditions, diabetes, and addiction.

Several coronavirus patients were treated with the method, and there has been a dramatic and speedy improvement in all of them. This can be especially critical regarding corona care where patients are isolated and often experience great anxiety and fear when they encounter severe difficulty in breathing.

Can you cite an example?

During the first wave of Covid-19 in Israel, Rabbi Zvi Tau, age 84, the head of the Har HaMor Yeshiva in Jerusalem, was hospitalized in critical condition after being infected with the coronavirus. He suffered from high fever and respiratory impairment, with a decrease in saturation, and needed mechanical ventilation.

The medical team at the hospital reported that his situation was dangerous. Then he began using our Kinor Lev method according to my telephone instructions. Fortunately, his son was hospitalized with him with a far milder case of corona. The son served as our go-between.

In a short time, the rabbi’s condition improved remarkably. His diligent exercise with the system caused saturation to increase, and his general feeling was far more comfortable. The improvement continued, baruch Hashem, and the rabbi was released home in another few days without the need for oxygen.

During the first wave of corona, my father was hospitalized in Shaare Zedek in what doctors termed a dangerous medical situation. In addition, my father had bouts of anxiety, something totally inconsistent with his usual calm demeanor.

I also had contracted the virus and was admitted to the hospital with him in a far less serious condition. He made it through several critical days during which the ancillary oxygen he was receiving failed to increase the oxygen saturation in his blood. The doctors were very worried. One of the physicians took me aside and told me that at any moment his respiratory system could collapse.

Dr. Lipo has been my father’s physician for many years. Upon his instructions, I began the Kinor Lev therapy with Abba, repeating the exercise several times per day. By following the movement of the red ball on the monitor screen, my father could coordinate his inhalation and exhalation in timing with the music and heart pulse. Almost immediately, the treatment helped calm his anxiety.

But at first he wasn’t able to influence the system to reach the green safety level. Dr. Lipo telephoned a dozen times every day to learn the results of the medical tests. He insisted that Abba not abandon the breathing exercises and accompanying meditation in conjunction with the medical treatment he was receiving.

Even though my father wasn’t feeling well, he asked to listen to the music and persisted with the exercises until his saturation stabilized and he overcame the crisis. From that point on, his situation constantly improved. I can attest that the Kinor Lev treatment contributed immeasurably to his recovery.

Dr. Lipo’s son, Ariel, lectures on the Kinor Lev Therapy. The Jewish Press asked him to encapsulate the spiritual teachings that led his father to develop the therapy.

I’ll try to compress an hour-lecture into a few sentences with the understanding that whatever I say is merely the chapter headings of a very deep and esoteric subject. Hand in hand with his medical studies, my father always learned Torah, with a focus on the inner secrets as brought down by Rebbe Shimon Bar Yochai, the Arizal, the Ramchal, and Rebbe Nachman of Breslov, to cite but a few.

The prophet Yehezkel speaks of a future time of redemption coinciding with the ingathering of the exiles when Hashem will give the Jewish people a new heart and spirit. The question is whether this spiritual and physical revolution will be a miraculous heart transplant from Heaven or something we achieve by ourselves through new therapies and medicines – or a combination of the two.

The Book of Samuel relates that David’s harp playing relieved King Saul of his malaise and acute depression. The Zohar explains that David knew how to attune and direct his harp strings to influence the heartbeat of the king. This is the spiritual foundation of the harp-and-heart software that my father has developed.

In Rebbe Nachman’s famous story, “The Seven Beggars,” the sixth beggar says he can rescue and heal the captured princess because he knows the 10 types of pulses that regulate the health of a person. He would bring about her healing through the 10 types of melody from which the Psalms are comprised. The melodies, Rebbe Nachman explains, draw their life and power from the 10 variations of pulse found in the heart.

The healing comes about through the joy inherent in these 10 types of song. For instance, regarding the era of Mashiach, it is written, “It is good to praise Hashem… with a 10-stringed instrument, with a lute, with meditation on the harp” (Psalms 91).

My father applied this knowledge to a therapy based on music and heartbeat. In practical terms, stress or depression affect pulse and breathing. For example, a long melancholy sigh of depression extends the breath. In contrast, stress speeds the pulse.

Thus, balancing heartbeat and breathing through melody and joy can overcome psychic and metabolic disorder and bring about mental and physical healing. This is how the harp playing of David could eradicate the evil spirit and “black bile” that possessed King Saul. In the same way, the Kinor Lev Therapy can help cure people suffering from a wide range of physical illnesses, including corona. 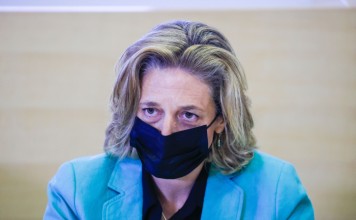 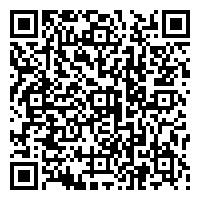