In just a few years, Justice Minister Ayelet Shaked has shot to political stardom in Israel. A computer engineer turned politician, Shaked, 40, has been a member of Knesset for the Jewish Home party since 2013 and was appointed justice minister by Prime Minister Netanyahu in 2015.

Shaked, a forceful champion of Israel’s rights both at home and abroad, is an outspoken supporter of Jewish settlements and was the driving force behind Israel’s 2016 NGO transparency law.

The Jewish Press: Can you describe your background and what influenced your political views and your decision to join the Jewish Home party?

Shaked: I was right wing since I was a child, after having watched a debate between Yitzhak Shamir and Shimon Peres. I served in the army in the Golani Brigade and that also influenced my ideology, since most of the soldiers were from the Religious Zionist movement.

For a few years I was a Likud member, working with Benjamin Netanyahu after the Gaza Disengagement. I decided to leave the Likud and join the Jewish Home party because I thought that it’s very important to have a party that has secular and Orthodox working together on the basis of Religious Zionist values.

How concerned are you that the UN will try to impose a unilateral solution on Israel?

The UN is a very political and biased organization and I don’t believe in truth coming from it. It’s just a body of political interests. The fact that the UN has failed to deal with Syria while hundreds of thousands of women and children are being slaughtered there proves that it does nothing. The UN tries to hit Israel whenever it can in a very biased approach without even mentioning the ongoing incitement by the Palestinian Authority. Just the other day Mahmoud Abbas paid a condolence call to families of terrorists who tried to kill Jews.

The UN also ignores the fact that there are terror attacks conducted in the U.S. for the same reason – radical Islam against the West. In dealing with the UN, Israel should stick to its own beliefs.

Establishing a Palestinian state right now is a very dangerous thing. It’s also not realistic at all. The majority of the people in Israel, including those from the left and center, don’t think we have a partner right now. So Ban Ki-moon can talk, but it’s just wishful thinking. In reality we will do what we think is good for us.

How would you advise America to combat the scourge of Islamist terrorism that both America and Israel face?

You just need to face reality. In Europe they are already facing reality and identifying it as radical Islamic terrorism. We are not at war with Islam. In Israel, 20 percent of the population is Muslim. And we have a very good relationship with them. But we need to distinguish between Islam and radical Islamic terror, which threatens the Western world.

This is actually a war between two civilizations; between the Western world and radical Islamic terror. It’s in the U.S., in Europe, in Israel; it’s all over the Middle East. And radical Islam is mainly aimed at hurting other Muslims. There are hundreds of thousands of Muslims all over the Middle East who have been slaughtered because of this extreme ideology. We need to face this reality.

What is your position on Israel’s claim to Judea and Samaria?

After the Oslo Accords, Judea and Samaria were assigned to areas A, B, and C. Areas A and B are under the Palestinian Authority and area C is under Israeli authority. If you ask me what will be in the end, how will we finish the conflict, I believe we should annex area C. There are 425,000 Jews and 90,000 Arabs who are living there. The Arabs should be full citizens of Israel and get all the according rights. Areas A and B should be a strong autonomy or in conjunction with Jordan.

Under international law, those territories are not occupied territories; they are territories under dispute. There is a lot of land in area C that belongs to the state and we should expand building on those lands. There’s nothing we need to apologize for. It’s legally state land and we should continue to build there.

You initiated and then advanced Israel’s NGO bill through the Knesset. What do you hope it will achieve in terms of deterring agitators from working within Israel?

It’s a transparency bill. In Israel, there are a few NGOs that get the majority of their money from abroad from different countries. Those countries actually try to interfere in a diplomatic way in Israeli policy and are trying to do it through NGOs.

We are not forbidding that, but we want the public to be aware of it. That’s why we passed a transparency bill that any NGO that gets more than 50 percent of its budget from a foreign country should declare it when approaching a Knesset member and in their official publications.

What more can be done about many of these NGOs who are aligned with the BDS movement and their allies, such as the Black Lives Matter delegation that recently visited Israel and accused it of “genocide”?

There are definitely NGOs in Israel that cooperate with BDS groups, mainly in the United States. They actually lay the groundwork for the lies and they distort the facts the BDS groups end up using.

We need to determine what falls under freedom of speech, but we are fighting against the threat of delegitimization the NGOs are pursuing. This is something we are dealing with on a regular basis because it’s based on lies and it hurts Israel.

Unfortunately, many agitators against Israel in these various groups are Jewish. What would you say to them as Jews?

They are confused. I talked about it in the lecture that I gave to the JNF, in which I said there are extreme liberal Jews who just swallow the lies and the propaganda the BDS movement is selling. They are confusing liberal and human rights values with the new anti-Semitism. BDS is perpetrating a fraud and unfortunately there are people who are buying into it. 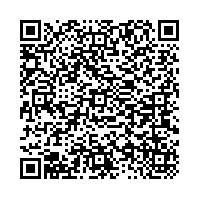