IDF tanks shelled eastern Gaza on Thursday in retaliation for a rocket attack on the Eshkol Regional Council district earlier in the day.

This is the second day in a row that Gaza terrorists have targeted Israel with rocket fire.


Israeli tank fire was allegedly aimed in response at the Gaza community of Bureij, according to a report in Arab media.

The rocket exploded in an open area outside one of Israel’s Gaza Belt communities, according to the IDF. No one was physically hurt in the attack.

Arab media reported that Israeli mortar shells exploded in the Gaza community a few hours later. No injuries were reported in that attack, either.

All Israeli military personnel reportedly returned safely to base.

Angel Vasquez: A Friend And Ally In Washington Heights 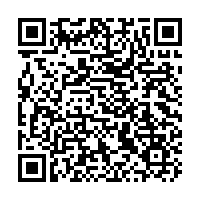