At least 10 people were injured Thursday in Istanbubl when a motorcycle blew up in a drive-by car bombing outside a police station in the Yenibosna neighborhood.

All of the victims of the attack, which took place near Istanbul’s Ataturk Airport, were civilians. It is not yet known whether any of the injured were Jewish or Israeli citizens, both of whom live in Istanbul.

(H/T for the above video to Eurasia Diary.)

A bomb-laden motorcycle was detonated, causing the blast, according to a tweet by provincial governor Vasip Sahin.

Police are hunting for an individual wearing a black coat, jeans and a black helmet who fled the scene just before the explosion detonated, according to private broadcaster CNN Turk.

A witness who was at a metrobus station about 500 meters away from the explosion site told the Daily Sabah the blast shook the ground. Another witness, located in a private school next to the site, told the newspaper that gunshots were heard after the explosion.

There have been several bombings this year in Turkey. At least 41 people died, including a number of police officers, and 140 more were wounded in a major terrorist attack by three suicide bombers at Istanbul’s Ataturk Airport in June. A major suicide bombing this past March in Ankara that killed 27 and wounded 75 others, and six days later, another suicide bombing by an ISIS terrorist in Istanbul which killed four people, including two Israelis, and which wounded 39 others. 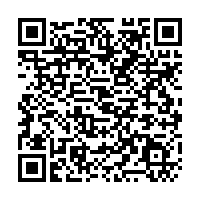