G-d’s first statement to Avraham wasn’t “Keep kosher” or “Keep Shabbos.” It was a command to journey to the Land of Israel. And Avraham listened. He packed up his bags, said goodbye to his birthplace, and set off to the Holy Land.

The capability to make aliyah is in every Jew’s genes as an inheritance from Avraham Avinu. If so – and if aliyah is a Torah commandment according to many poskim – why are aliyah rates so low from places like North America and Europe?


In the next couple of weeks, The Jewish Press will be presenting a series of articles relating to aliyah. We begin with an interview with Rabbi Yehoshua Fass, founder and director of Nefesh B’Nefesh, whose mission “is to make the Aliyah process easier, facilitate the integration of new Olim into Israeli society and to educate the Jews of the Diaspora as to the centrality of Israel to the Jewish People.”

The Jewish Press: How did Nefesh B’Nefesh begin?

Rabbi Fass: After my cousin Naftali Lanzkron, z”l, was murdered in a 2001 terrorist bombing in Petach Tikva, I felt compelled to embark on a personal mission. I was serving as associate rabbi of the Boca Raton Synagogue of Florida at the time, and this loss served to recalibrate my Zionist compass and priorities.

After hearing from numerous people that they were interested in making aliyah but obstacles impeded their dream, I decided to look for a solution. One Shabbat afternoon, I took a long walk with a philanthropist and dear friend – Tony Gelbart – during which we discussed some of the challenges facing North American Jews who wish to make aliyah. Together, we developed the idea of an organization that would address these specific challenges.

Olim lacked a holistic approach in which one body addressed their needs before, while, and after making aliyah. From the moment potential olim reach out [to us] through the years after they’ve made Israel their home, Nefesh B’Nefesh is there for them, offering services – from employment assistance to advice on where to live and where to send their children to school. We have hundreds of post-aliyah events and ongoing workshops throughout the year.

Are there any statistics pointing to Nefesh B’Nefesh’s success?

Prior to Nefesh B’Nefesh, the rate of North American olim who remained in Israel after their aliyah was between 50-60 percent. We have managed to raise that rate to over 90 percent.

What are the 2018 aliyah figures from North America and Europe?

In 2018, Nefesh B’Nefesh helped approximately 3,600 olim from North America and over 500 olim from the UK fulfill their aliyah dreams.

Is the Nefesh B’Nefesh budget sufficient to accomplish its mission?

The number of olim Nefesh B’Nefesh is able to assist is directly related to the amount of funding. The more funding Nefesh B’Nefesh receives, the greater its ability to make more aliyah dreams come true. More funding allows us to create more projects that help us address and remove barriers to aliyah.

What type of barriers?

When we first began Nefesh B’Nefesh, we did research and found that there were four main obstacles to making aliyah from North America: employment, bureaucracy, financial burden, and societal integration.

Through the various projects and departments we created – such as our employment department, advocacy with governmental offices, post-aliyah social events, telephone hotline, and more – we are constantly working to address and eliminate these barriers.

Why is aliyah from North America so low? Even if 4,000 new olim arrive each year, they represent less than half of one percent of American Jewry.

Who is responsible for getting Jews to make aliyah? Nefesh B’Nefesh? The Jewish Agency? Israel’s Ministry of Aliyah and Absorption?

Nefesh B’Nefesh, working in partnership with the Jewish Agency, is primarily focused on facilitating aliyah for those who are already interested in and engaged with aliyah.

What about the people who don’t think of aliyah as an option. Who is working to make them think of it?

That question is similar to asking the OU who is in charge of telling Jews they should be keeping kosher. All Jewish institutions, community leaders – principals, rabbis, and camp directors – and, most importantly, parents have an equal responsibility to educate and expose American Jewry to aliyah being a viable option.

What is your working relationship with the Jewish Agency?

Does Nefesh B’Nefesh have any innovative aliyah programs in the making?

We are constantly striving to improve our efforts to provide the most comprehensive programs for our olim. We are addressing the shortage of physicians and medical professionals in Israel by assisting with licensing and job placements.

Additionally, we run a program together with the FIDF [Friends of the Israel Defense Forces] providing support for lone soldiers from around the world. We recently launched “Ori,” a dedicated program for lone b’not sherut as well.

As an organization, we have placed an emphasis on developing Israel’s North and South through our “Go Beyond” initiative and partnership with Keren Kayemet L’Yisrael. This program provides resources and support for olim moving to these regions.

In order to create a more central community in Tel Aviv for young professionals, Nefesh B’Nefesh established the TLV Hub, a free co-working space which easily converts into a place to hold cultural events and Shabbat dinners.

In addition to these programs, we are planning to launch an Aliyah App that will provide olim with a holistic and personalized aliyah experience.

You grew up in America. Do you feel the Jewish leaders in the U.S. place aliyah at the top of their agenda?

There is no one clear method for increasing aliyah. But I strongly believe that if rabbinic, educational, and communal leaders discussed openly the centrality of Israel in our lives and the viability of living in Israel, we would see an increase in aliyah.

However, it goes beyond aliyah promotion and marketing Israel as a start-up nation. We need to increase a more visceral emotional connection to our history, fate, and religious observance.

(This is the first of a four-part series on aliyah.) 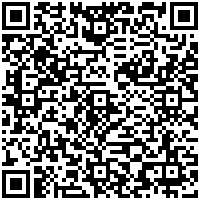