BDS South Africa boasted on Twitter of working with the Popular Front for the Liberation of Palestine (PFLP) terror group, but deleted the post shortly after, NGO Monitor reported Thursday.


“A reprehensive of the Popular Front for the Liberation of Palestine (PFLP) with BDS South Africa’s Muhammed Desai. The PFLP works closely with BDS SA in the global campaign against Apartheid Israel,” a screenshot of the tweet shows, together with a photo of Desai shaking hands with the PFLP member.

Desai is a high ranking official at BDS SA.

The PFLP was designated a terrorist group by the European Union (EU), the US, Canada, and Israel.

The Israeli Ministry of Strategic Affairs’ published a report in February which revealed over 100 different links between terror groups and organizations promoting anti-Israel boycotts, including the employment of 30 active and “retired” terror operatives.

The report, titled “Terrorists in Suits,” exposes links shared between the internationally-designated terrorist organizations Hamas and the Popular Front for the Liberation of Palestine (PFLP) with at least 13 anti-Israel BDS promoting NGOs.

The report reveals how Hamas and the PFLP are utilizing a network of NGOs promoting boycotts against Israel as an additional tactic in their ultimate goal of destroying the State of Israel.

These organizations have successfully placed over 30 of their members, 20 of which have served time in prison for acts of terrorism, including for murder, in senior positions within BDS-promoting NGOs.

The report documents how boycott organizations and terrorist groups raise finances together and share the same personnel.

The report also showcases that contrary to popular belief, these officials have not abandoned their support for terrorism, but instead continue to maintain organizational, financial, and active ties with terrorist groups.

NGO Monitor has been tracking the ties between anti-Israel organizations and terror groups since 2016.

In a statement to TPS, an NGO Monitor spokesperson said that “BDS South Africa is only one of many anti-Israel groups that work hand-in-hand with the PFLP and PFLP-linked groups, such as self-styled “human rights” NGOs like Samidoun, Addameer, and Defence for Children International  – Palestine.”

“While these types of NGOs benefit from access to, and funding from, various governments and UN frameworks, there is a growing awareness among funders as to their true, anti-peace face,” he noted. 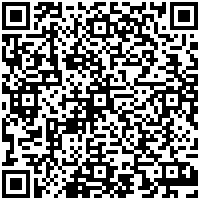