The Supreme Court stole the media spotlight in Israel last week. After two nationally-televised days of court discussion on whether or not Benjamin Netanyahu could legally form a government while under criminal prosecution, 11 judges in surgical masks unanimously decided not to pass judgment on the question.

Many, however, argued that the Supreme Court was presumptuous to have even considered the case. They argue that over the last few decades the court has granted itself much more power than its rightful due. To explore this topic in greater depth, The Jewish Press recently spoke with two knowledgeable lawyers:


1) Nati Rom, who represents Jews who have committed such “crimes” as praying on Har HaBayit and building homes in biblical Eretz Yisrael; and 2) Itzhak Bam, who holds law degrees from Hebrew University and Harvard Law School and has argued cases before Israel’s Supreme Court on behalf of the Lavi Civil Rights Association and the Upright Administration Organization.

The Jewish Press: Many right-wing Israelis are frustrated with Israel’s Supreme Court. Why?

Rom: For the last 72 years, the agenda of the leftist, secular elite has controlled the Supreme Court. They have manipulated the system whereby judges are appointed to the Supreme Court so that only a symbolic number of rightest or religious judges sit on the bench, thus insuring their own perpetual majority and ability to annul laws of the Knesset at will.

In my opinion, their agenda is to erase the Jewishness of the Jewish state and make it a state of all of its citizens. Therefore, they rescind laws against bringing chametz into hospitals over Pesach and demolish Jewish homes in Samaria while allowing literally tens of thousands of illegal Arab and Beduin dwellings to remain in place.

What are some of the major differences between the judicial systems of the United States and Israel?

Also, in America, Supreme Court judges are appointed by the representatives of the people. In Israel, Ben-Gurion and his followers established a system whereby the Left never has to abandon its control over the Supreme Court.

Why do you think the Supreme Court rejected the appeal to prevent Netanyahu from forming a new government?

In the first place, it had no truthful footing to hear the case at all. The question of whether an acting prime minister who has pending criminal charges against him can form a government is for the legislative body to decide. Even the attorney general, Avichai Mendleblit, who is no great lover of Bibi, asked the court not to intercede.

I think in agreeing to hear the case, the court was trying to show how powerful it is, with the ability to interfere in every aspect of government administration, and, at the same time, to prove to the public that it is a completely objective body, ruling only according to the letter of the law.

When push came to shove, and with public dissatisfaction and pressure mounting against it, the court didn’t want to take the chance of alienating the majority of Israeli voters who claim Bibi has been unjustly hounded by the media, the elitist left, and its judicial agents.

The Jewish Press: How was Israel’s Supreme Court established?

Bam: In the time of the Ottoman Empire, in what was then called Palestine, there were no civil rights, courts, or possibility of suing the government. With the British Mandate, a judicial system was established whereby an individual could only file a suit against government administration in a supreme court where the majority of judges were British.

After the establishment of Israel, the now Israeli Supreme Court continued to be the only court where matters of government administration could be brought for litigation.

How were the judges to the Supreme Court appointed?

For the first five years, by the Knesset. In 1953, the Knesset issued a new Court Act, which changed the system. The judges would be nominated by a special committee of nine: three Supreme Court judges, two members of the government, two Knesset members, and two independent attorneys. This arrangement assured that the dominant ruling Mapai Party would hold the majority since Supreme Court judges always voted in a Labor-oriented block.

But the matter wasn’t seen as crucial since the politicization of the Supreme Court hadn’t yet occurred. No one felt threatened by the Supreme Court until it began to reformulate its role in the late ‘70s, gradually turning itself into the watchdog of the nation by giving new, far-reaching interpretations to its previously powers when Aharon Barak became one of its judges.

Could this development have been a reaction to Menachem Begin’s rise to power in 1977?

To understand the sweeping changes that Israel’s Supreme Court enacted during Aharon Barak’s almost three-decade reign, let’s compare Israel’s system of justice to that of English-speaking countries. Elsewhere, the rules of standing are quite clear. An ordinary citizen who has no direct, personal connection to a matter cannot bring a case before the Supreme Court.

In Israel, this understanding was eliminated by Judges Barak and Shamgar, who, in my opinion, wanted to expand the powers of the judiciary to all facets of Israeli life – both private and national. Thus, for example, the court allowed any person or organization to petition the court on the law granting army-service deferments to charedi yeshiva students.

If the court hadn’t had the ability to decide on this matter – which is really within the framework of the Knesset – the draft law would have remained in place and business could have continued as usual without expensive and psychologically-draining elections.

What other changes did Barak institute when he became president of the Supreme Court?

Take the example of eliminating terrorists: In every normal country, this decision rests purely with the military and executive branch. But here in Israel – because Barak and his courts decided the judiciary has the right to rule on everything – it can overrule governmental decisions, and the military has found itself handcuffed on many occasions.

There have been many cases when the Supreme Court has backed the government.

Yes, depending on the political agenda. For instance, when leftist groups brought the question of destroying Amona to the court, the court found ways to declare that the settlers had built illegally and that the settlement must be destroyed.

In contrast, when the residents of Gush Katif appealed to the Supreme Court to halt the destruction of their government-sanctioned homes, the court said the government could decide what was best for national interests.

I have represented families victimized by terror in their appeals to cancel proposed prisoner swaps, whereby hundreds of terrorists are freed in exchange for an Israeli or two. On these occasions, the Supreme Court ruled that it couldn’t interfere in national governmental affairs.

It manipulates the law to fit the way the wind blows – so long as it fits its ideological [agenda].

If Israel has no Constitution, from where does the Supreme Court draw its authority? If it vetoes a government decision to eliminate a terrorist planning an attack, why does the government have to obey its decision?

A Basic Law of the Knesset states that the Supreme Court can overrule a decision of the government if it considers it unjust. This is a common-law clause retained from the period of British colonization. The use of this clause was traditionally safeguarded by rules of standing and the Political Question Doctrine, but when these were discarded, the Supreme Court became the arbitrator regarding what is just and what isn’t.

The court also believes it has the authority to veto laws it believes are unreasonable. In 2004, some Arabs landowners, with the backing of leftist organizations, claimed the partition wall was being illegally constructed on private Arab land. Because of “fairness” and “reasonableness,” the Supreme Court ruled that the wall had to be built in a zig-zag, immensely expensive fashion to honor the claims of the Arabs.

If Israel had a Constitution, the Supreme Court would presumably be prevented from seizing more and more power. So why doesn’t Israel have one?

Ben-Gurion didn’t want a Constitution lest it detract from his power. A Constitution is the supreme law in the land. A law cannot be passed that contradicts the Constitution. Thus, a Constitution could easily have spoiled Ben-Gurion’s vision of a socialist state that he could shape as he pleased….

In 1992, the Knesset stipulated that all new legislation must be reasonable, in line with the national consensus, and concur with the principles of a Jewish and democratic state. The generality of the wording gave the Supreme Court even more power. For example, the stoppage of public transportation on Shabbat is a principle of Judaism but not necessarily “reasonable” and consistent with the individual freedoms of a democracy.

Or take another example: The court struck down the legality of the pirate radio law – under which Arutz 7 radio operated – because it allowed “unreasonable” competition to government-licensed stations.

The court was also able to reject the Draft Law passed by the Knesset on the grounds that it did not stand up to the test of a democracy. There have been many other cases where Arab rights have been given precedence over Jewish rights and where liberal philosophies have been championed over Jewish ones in the name of personal freedom.

In a sense, the court has created its own Constitution, independent of the Knesset or the will of the majority of the nation.

The way the system works, new judges cannot be appointed without the consent of the presiding judges. Seven out of the nine judges on the nominating committee must agree to the nomination, so if the three leading Supreme Court judges oppose someone because of his or her worldview, the person will never win the required backing.

Since the Likud has led the majority of governments in the past two decades, why hasn’t Netanyahu worked to make the necessary changes?

I don’t really know. It might be Netanyahu’s greatest mistake. But allow me to suggest two possible reasons:

1) For a long time, Netanyahu didn’t want to be portrayed as an enemy of judicial system.

2) On such a delicate issue involving what it widely considered the “golden calf” of democracy, he couldn’t muster the majority needed. In 2009, the Labor Party was a part of the coalition; in the next coalition, Lapid was against the proposal; and more recently, in his last two Likud-led governments, Kachlon opposed the initiative.

The result is that we have been left with a Supreme Court which is unchecked and unbalanced, and with a public that feels that the Supreme Court itself has hijacked Israel’s democracy. 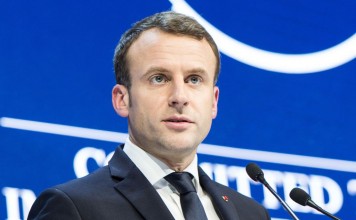 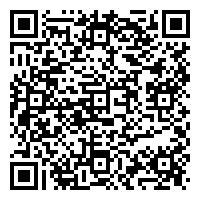