Why did the police release so quickly after his first two arrests? Because New York law required them to.


Arraignment judges used to be able to jail defendants before their trial in certain circumstances or force them to post bail. Now – due to a bail reform law that went into effect on January 1 – that option is no longer available if the defendant committed a misdemeanor or non-violent felony (and New York doesn’t consider offenses such as rape, robbery, aggravated harassment, or vehicular manslaughter to be violent felonies.)

Although initially popular, New York’s bail reform law is now being widely attacked. According to a just-released poll, 59 percent of New Yorkers think poorly of the law (only 38 percent thought poorly of it after the law was approved in April 2019). Even some Democrats – including former Governor David Paterson – are calling for the law to be scaled back.

To learn more about bail reform and crime in New York – topics that have become particularly important to Orthodox Jews in recent months – The Jewish Press spoke to Heather Mac Donald, a fellow at the Manhattan Institute, a contributing editor at City Journal, and the author of several books, including The War on Cops, The Burden of Bad Ideas, and, most recently, The Diversity Delusion.

The Jewish Press: Liberals argue that bail laws needed to be changed because they discriminated against blacks and Hispanics. How do you respond?

Mac Donald: That claim is transforming our entire world right now. It’s the idea that a color-blind neutral practice must – by definition – be racist if it has a disparate impact on a protected minority group. But that is almost always a lie.

The problem is that the black and Hispanic crime rate is much, much higher than that of other groups. So there’s almost no criminal justice practice – whether it’s making arrests, investigating suspicious behavior, or sentencing – that doesn’t have a disparate impact on blacks and, to a lesser extent, Hispanics. The only way to avoid having a disparate impact is getting rid of criminal laws entirely.

The left’s argument is that bail isn’t fair since poor people can’t always afford bail, and blacks have a higher poverty rate than whites.

That’s not a race issue. It’s an economic issue.

That’s what New York did. It got rid of one of its laws. Why is that bad?

But number two, it’s simply a poisonous narrative [i.e., that criminal laws are racist] to give any sort of legitimacy to. It’s part of this larger critique of American society that says it is driven by bias – which is simply not true.

Many people are predicting that bail reform will lead to an increase in crime. Do you think it will?

I don’t know. It’s hard to predict. Many are arguing that the current crime spike is due to bail reform, which stripped judges of any discretion to hold people [pre-trial] who pose a threat of recidivism. But letting people out would create a crime spike only if we presume they would otherwise have been arrested and held.

I’m frankly more concerned about other types of retreats from enforcement. I think district attorneys not prosecuting turnstile jumping and other low-level crimes is of much bigger concern because it sends a message that anything goes.

We are remarkably unlearning all the lessons we should have learned [from the Giuliani era] about low-level law enforcement.

Some argue that the bail reform law was largely symbolic because only 10 percent of people arrested for crimes were, in any event, being locked up for failing to post bail, and 70 percent of these people were released within a week.

That’s true. Only 7 percent or so of misdemeanor arrests even had bail imposed on them, and I think only like 1 percent were actually unable to make bail.

You’ve written that 97 percent of shootings in New York are committed by blacks or Hispanics and that this statistic explains why a wrongful police shooting usually has a black or Hispanic victim. First, can the figure of 97 percent really be accurate? It seems extraordinarily high. Second, can you explain your argument about wrongful shootings in greater detail?

The 97 percent figure comes from the victims of, and witnesses to, shootings. These people are themselves overwhelmingly black or Hispanic. It’s what they report to the police, so this isn’t data that’s filtered through the allegedly racist NYPD. It’s data given by people in the community.

That disproportion is found in every single American city. The face of violent street crime today in America is black and brown, period. Whites are not committing drive-by shootings. It’s as simple as that.

This is simply the reality of crime. And if this is surprising to people, they should blame the media because they are doing a very good job of keeping these numbers outside of the public eye.

And yes, what predicts police shootings is rates of violent crime. Given the fact that violent street crime today in America is overwhelmingly committed by blacks and, to a lesser extent, Hispanics, the rate at which blacks are shot by police is completely predictable by the crime rates.

In fact, they’re actually being shot by the police at a lower rate than their rates of violent crime would predict.

People commonly assume that blacks dislike the police, but in The War on Cops, you argue interestingly that the opposite is true. Can you elaborate?

I’ve spent a lot of time going to police community meetings in high-crime minority neighborhoods, and I’ve yet to hear anyone at these meetings complaining about police brutality or excessive stops. Instead, what I inevitably hear is, “We want more police,” “We want the kids who are fighting off the corners,” “I smell marijuana in my hallway – why can’t you do something about it?”

The fact is that law-abiding blacks who live in high-crime neighborhoods yearn for the same security and public order that people in less crime-ridden neighborhoods take for granted.

Why don’t we hear this perspective more often? Is it the media’s fault? Or is it the black community’s fault for not having the right kind of leaders representing them?

That’s a tough question. The media is certainly not interested in those voices because the media is committed to the narrative of America’s structural racism, so they only want to hear from activists who blame the police for the community’s problem.

But it’s unfortunate that there aren’t more leaders who are willing to speak about personal responsibility. At this point, closing the achievement gap and the behavior gap is really dependent on cultural and behavioral change within the black community. I don’t think there’s a whole lot more that can be done by society at large that has not already been tried. We’ve spent trillions of dollars on redistribution programs, social activism, social uplift programs, welfare, and school reform. At this point, I think change has to come from within.

You write interestingly in The War on Cops that a hands-off policing attitude was actually the NYPD’s old attitude in the pre-civil rights era. Its attitude was: “Blacks are killing each other – why should we interfere?”

Absolutely. The police tolerated a certain level of homicide and [would only come in afterwards] to take the body away.

Now, policing is truly color-blind. The police go where people are being victimized. The cops I talk to see the worst of underclass behavior, but they fervently believe they’re supported by the good people in the community and continue to work on their behalf. The zeal with which the police here, and elsewhere, focus on trying to protect these communities is quite admirable.

If I punch someone out of spite, I receive one punishment. But if I punch him because he’s black or a Buddhist, I get a severer punishment because it’s a hate crime. Do you favor the law having a separate set of punishments for hate crimes?

I think it’s questionable – because it’s going to be a political judgment. The fact of the matter is a lot of black-on-white crime has some kind of animosity involved in it. Starting in the ‘60s, [you had] the kind of ghetto kid that hated “crackers” and said, “Get whitey,” [and more recently you had] the knockout game and flash mobs beating up whites.

I think it would be quite naïve to think there wasn’t some kind of subliminal racial element in these crimes, but very rarely are they characterized as such. Nobody wants to talk about it. They only want to have a white supremacist perpetrator. I think we can make do with [one set of] criminal laws.

Sometimes it’s obvious when a crime is motivated by hate. A person may say, “Hitler should have finished you off.” Other times, though, it’s less obvious, and police wind up trying to read a perpetrator’s soul.

I agree. Even if you believe in [having a separate legal category for hate crimes], how do you determine it? And the problem is the state is not going to be neutral in the type of inter-group animosity that it finds the most troubling. 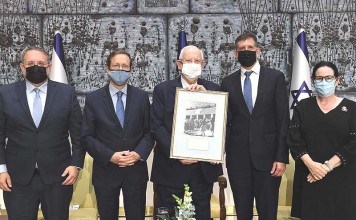 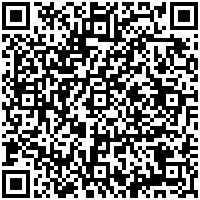