When someone in Israel receives a medical diagnosis that is going to change his or her life forever, Dr. Jasmine Kilim wants to be there.

This desire to help people with serious medical illnesses was inspired by Kilim’s friend Liora. Calling her “a unique and amazing woman,” Kilim recalled that “when she found out that her cancer was incurable, she decided to avoid life-prolonging attempts and to focus on the quality of the end of her life. She got her affairs and home in order, even wrote letters to her future grandchildren. She also held a ‘living shiva,’ inviting friends to visit her on Shabbat afternoons to talk.”


At one of these “living shiva” visits, Liora told Kilim how overwhelming it was to serve as her own case manager in the midst of her own illness and suffering. There were so many things to manage: specialists, paramedical services, medication for pain management, physical therapy, occupational therapy, nutrition and more. Liora believed there should be a designated person to help those with serious illnesses cope with all their medical, emotional and practical realities.

Inspired by Liora’s experience, Kilim, a UK-trained family medicine physician, is building a companion career as Israel’s first Patient Advocate, supporting people, like Liora, who are going through serious, identity-changing illnesses such as cancer, loss of vision or paralysis.

Kilim helps people “get the most out of their interactions with the medical system.” This includes “keeping their information well-organized, helping them research and understand their options, preparing them for specialist consultations so that they get the answers they need to questions that matter to them, and, perhaps most importantly, giving them the space and time to be heard.”

Patients who have “barriers to care,” such as cultural or language differences or physical disabilities, are particularly interesting to Kilim. In addition to managing all the medical details and the psychological difficulty of accepting that their lives have changed, often permanently, patients with barriers to care are unable to communicate easily with their care team. For example, an English-speaking immigrant who is not yet fluent in Hebrew nor acculturated to the Israeli medical system has linguistic and cultural barriers to overcome.

Kilim is ideally suited for such sensitive work. She’s been a physician for 10 years, including four years practicing in Israel, so she has the necessary medical knowledge. She is also acutely aware that “every patient in healthcare is in a vulnerable position – scared and uncertain.”

She sees the Patient Advocate role as similar to a doula, “acting in a support capacity when the patient is in pain and there are medical professionals involved. Sometimes the reassurance that there is someone on your side is enough to ease you through,” Kilim explained.

Illustrating a case where her services as a Patient Advocate would have been helpful, Kilim described a middle-aged woman who, in the course of a normal day, tripped over a curb. A year later, she’s effectively disabled. She can’t work. She can’t pick up her grandchildren. She’s already had two surgeries and concomitant infections. Connecting with a Patient Advocate right after her injury might have made this woman’s interactions with Israel’s medical system much less traumatic.

In these sorts of medical transitions, “you go from a place where you’re in control of your life to where you lose control,” Kilim commented. She believes that, “the smoother the journey, the easier it is to rebuild your identity moving forward. That’s really the end goal.” A patient advocate can’t stop people from having strokes, for example, but can help them rebuild the healthiest life they can have post-stroke.

New Report: This is How European Governments Defend Terrorists in Israel’s Supreme Court 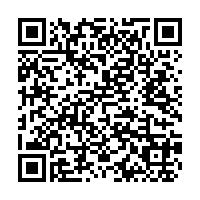