Casino magnate and Bibi Netanyahu patron Sheldon Adelson is yet to put any money in Donald Trump’s presidential campaign, NBC News reported Monday based on new filings from the Federal Election Commission. Adelson, a devoted friend of Israel, not just of its prime minister, attended the Republican National Convention in July, but apparently got cold feet about supporting the nominee because of the latter’s post-convention two weeks of endless shenanigans that cost Trump his short-lived rise in the polls.

Adelson donated an estimated $100 million in various stages of the 2012 election, probably the biggest spender back then, but with very little to show for his money. In May it looked as if he was going to stake his chips on Trump, and then had a change of heart.

Adelson is not the exception this election year but the rule. According to NBC, Charles and David Koch are concentrating on Senate races, much like Chicago Cubs owners Joe and Marlene Ricketts. And Jewish hedge fund manager Paul Singer remains uncommitted, too. Moreover, of the top 10 Republican donors this year, only two are supporting Trump: Richard and Elizabeth Uhlein, formerly anti-Trump donors; and Robert Mercer, who used to support Cruz.

The rest of the top 10 did not support Trump in the primaries and have not come around so far. Ricketts, Singer, Warren Stephens, Ken Griffith, Steven Cohen, and Sheldon Adelson have not warmed up to the Republican nominee.

Meanwhile, as the Washington Post reported Monday, even though in July the Trump campaigned raised about as much as Hillary Clinton’s, the new Federal Election Commission filings show that Trump’s campaign has transferred a lot less than expected from its joint fundraising with the RNC, and they have been very thrifty with the cash they raised. The Post suggested this frugality might impair the Trump campaign’s organizing efforts in the final two months before the election. 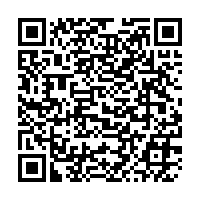