Two years ago, at the age of 90, veteran Lehi underground fighter Ezra Yachin, who fought in 1948 to liberate Jerusalem, won a Tzahal promotion – he is now a First Sergeant – for the over 9,000 lectures he has given to IDF soldiers over the last five decades.

In honor of Yom Yerushalayim (Friday, May 22, this year), The Jewish Press spoke with the IDF’s oldest “active” reservist and asked him to share some of his memories and views.


The Jewish Press: What was your reaction to receiving an army promotion at the age of 90?

Yachin: The first song I learned by heart was the Lehi anthem, “Unknown Soldiers,” which was written by Yair Stern. This song contains the words, “We’ve all been conscripted for life, to be released from the ranks only by death.”

I also enlisted for life in the IDF, and only with death will I be released. I’m still enlisted and I’m going up in the ranks.

Were you dati when you fought with the Lehi?

I was raised in a family that respected the religion, but I didn’t show it out on the street. Judaism, though, was always in my heart. After my bar mitzvah I started to observe the mitzvot in a much more fervent manner.

That’s the way it was with a lot of us. Everyone had a great love for Israel. Everyone who fought against the British had a giant spirit and faith. Everyone was ready to die for the cause, for independence in our land.

The British brought 100,000 soldiers here to quell our rebellion, and it didn’t help them. Because every one of us was prepared to die for our freedom. Can you be more religious than that? The same thing was true of Yair [Stern]. He had a great Jewish heart. He was filled with the spirit of Torah. Toward the end, he started to put on tefillin every day that he could.

You’ve written several books in addition to the ones you wrote about your days in Lehi. One, I believe, is about the mitzvah to live in Israel.

Not about living in Israel – about the mitzvah to conquer the Land of Israel and keep it in Jewish hands.

And a book about the Beit HaMikdash.

About building the Beit HaMikdash. Not only doesn’t our government understand the importance of the mitzvah – most of the religious don’t either. That irks me no end.

What would you like to see done to change matters?

First of all, the Jews in the Diaspora have to come home to Eretz Yisrael. I think that annoys HaKodesh Baruch Hu more than anything else – just like it angered him when the Jews wanted to remain in the wilderness in the generation of the Spies.

Wasn’t enough Jewish blood spilled in the Holocaust to teach us that we don’t belong in gentile countries?

Not everyone in Israel thinks that a person with your strong patriotic views should be allowed to speak to young IDF soldiers.

To some mixed-up people, being a patriotic Zionist is some kind of sin. In 2002, the Meretz Party tried to ban my lectures, claiming that I distorted history and glorified what they call “the massacre in Deir Yassin.”

What did, in fact, happen at Deir Yassin?

A few weeks before the Old City fell to Jordanian troops, my Lehi unit was called upon to join Etzel in an attack on the Arab village of Deir Yassin near the entrance to Jerusalem. The village was a terrorist hideout. For months during the Arab siege on Jerusalem, Arab snipers would leave the village to fire on Jewish vehicles attempting to reach the barricaded and starving city.

Leftist historians claim that we ruthlessly, and with premeditation, slaughtered the inhabitants of the village, including women and children. That was not the case at all. It is true that women and youngsters were killed, but that was because they served as fighters.

Did Haganah forces join you?

At this stage of the war, once the British were out of the picture, sometimes we fought together and sometimes on our own. We were a force of about 100 men. My job was to race between the units as the communications officer. We had no walky-talkies.

Before reaching the village, we sent a command car to broadcast that we were coming, calling on the villagers to surrender. That proved to be a mistake as it gave them a chance to get ready for our arrival. While flags stood out from their windows and doors, but when we proceeded into the village, all hell broke loose.

We found ourselves under heavy fire from all directions. Immediately, several of our soldiers were killed. Arab women and children had rifles like the men. We had to battle our way from house to house. Arab men dressed as women surprised more than one of our troops. The fighting was intense. We had no choice but to hit them with all of the firepower we had. When the villagers finally surrender, there were many dead, on both sides.

We had orders to put the villagers on trucks and to take them to Arab-controlled areas and release them there. When they heard about what happened in Deir Yassin, Arabs from other villages in the area packed up their belongings and fled. We didn’t expel them. After Deir Yassin, they left on their own.

What happened to you in the battle to free Jerusalem from the Arab siege?

We were told the operation would begin at 11 in the evening. My unit waited and waited. Then we heard that our government had agreed to a ceasefire to begin at five in the morning. We wanted to charge forward and capture as many streets and alleyways that we could before the ceasefire commenced.

We kept waiting for orders to attack. Later, it turned out that the government didn’t want to capture the Old City. In the meantime, the Jordanians began a heavy bombardment of our positions. I was hit in the head. Doctors operated on me for a full 24 hours in Shaare Zedek Hospital. They said it was a miracle that I survived. I had lost not only a large quantity of blood, but also brain fluid. I lost the sight in one eye, but I lived.

I remember a voice out of heaven asking me what I wanted. I said I wanted to see Tzahal capture the Old City. It happened 19 years later in the Six-Day War. The miracle was overwhelming. The armies of all the Arabs around us were poised to attack. They vowed to drive the Jews into the sea.

Then, from out of the sky, Hashem sent hornets to paralyze our enemies, just like it says in the Torah, “I will send hatzira (hornets) before you” – the hornets of our air force fighter jets.

In six miraculous days, we defeated our enemies. We conquered Har HaBayit. But our leaders didn’t understand the greatness of the hour. They allowed the Arabs to remain there. At least, I thought, all of the Jews in the world will raise their heads in pride and return home to the Promised Land. But that didn’t happen either.

Education. Jewish pride. Patriotism. We have to teach our young people the importance of Eretz Yisrael. What’s the point of living in foreign lands and waiting for the goyim to kill us, or another wave of corona, or more and more assimilation?

It’s frightening. In Israel too. We have to return to being Jews, proud Israelites, like in the time of Yehoshua, of King David, the Maccabees, Etzel, and Lehi. I give lectures every day. I plan to keep giving them for another 30 years. Who knows? Maybe by the time I’m 120, I’ll be the IDF Commander-in-Chief. 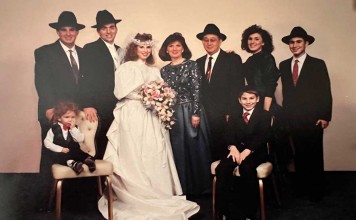 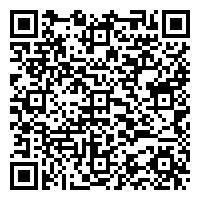