In advance of Tu B’Sehvat – the new year of trees – on Thursday, The Jewish Press spoke with Rav Shmuel Eliyahu, the chief rabbi of Tzfat.

The Jewish Press: In your book, HaNevuah, which describes how Biblical prophecies are being fulfilled in our time, you devote a full chapter to the agricultural boom in the Land of Israel. Why?


Rav Eliyahu: Among the well-known prophecies in the Book of Yehezkel is that at the time of the redemption, the harvest of grain and fruit in Eretz Yisrael will be greatly increased: “And I will summon the grain and make it abundant… And I will make the fruit of the tree, and the increase of the field plentiful” (36:30-31).

Over the past 100 years, the yield from one seed of grain has multiplied by 3,750 percent. In modern times, the Land of Israel has experienced an agricultural revolution. According to the Food and Agricultural Organization of the United Nations, the amount of produce per dunam in Israel is three times greater than the world average.

Between 1961-1969, we were slightly ahead of other countries, but by 2014, we out-produced their harvest per dunam by triple and more than doubled their figures in the production of grapes, apples, tomatoes, and cucumbers.

The grapes of our vineyards have produced many award-winning wines in international competitions. Additionally, a long list of countries send agents to Israel to learn about our agriculture success, including our having brought water to the desert in a miraculous fashion via technological innovation in fulfillment of the prophecy:

“I will open rivers on high places, and fountains in the midst of the valleys; I will make the wilderness a pool of water, and the parched land springs of water… that they may know and consider, and understand together, that the hand of the Hashem has done this, and that the Holy One of Israel has created it” (Yeshayahu 41:18-20).

Are there other examples of Israeli abundance?

In the last 10 years, Israel has doubled the export of fresh fruit and produce of the European Union and its export is 10 times greater than Russia’s. The increase in agricultural production remains on the rise. For example, the Israel Bureau of Statistics reports that in the organic citrus-fruit market, exports in the past three years have tripled compared to the European Union, and organic vegetables and field crops show a 30 percent increase.

The same blessed increase has occurred in the production of milk. A hundred years ago, the average cow produced 700 liters of milk per year. The figure at the time of the establishment of Medinat Yisrael was 4,000. Today, the average is 11,000 liters per cow each year.

This is what Moshe Rabenu assured the Children of Israel, “And He will love you, and bless you, and multiply you and will bless the fruit of your womb, and the fruit of your Land, your corn and your wine, and your oil, and the increase of your cattle, and the flocks of your sheep, in the land that He swore to your fathers to give you. And you shall be blessed above all peoples” (Devarim 11:13).

I would have thought that the rav would cite more spiritual matters to support the claim that the redemption era has arrived.

The Sages of the Gemara gave us a clear, very down-to-earth definition of the end of the exile: “Rabbi Abba said: There is no more revealed sign of the end of exile than this, as it says, ‘You, O mountains of Israel, shall shoot forth your branches and yield your fruit to My people Israel, for they will soon be coming.’” Rashi comments that there is no surer sign of the end of the exile than the trees of the Land of Israel giving forth their fruits in abundance (Sanhedrin 98a).

They didn’t cite the arrival of the Mashiach or the building of the Beit HaMikdash or the teshuvah of the nation. They spoke about oranges and bananas. When my father, the chief Sephardi rabbi of Israel [Rav Mordechai Eliyahu], visited with the Rebbe of Chabad, along with Chief Ashkenazi Rabbi Avraham Shapira, in 1984, they spoke about this agricultural wonder, and about all of the prophecies that were wondrously unfolding before our eyes.

The Rebbe said: “All of the signs that the Sages mention as certain indications that the exile is ending have already come to pass. For example, the negative signs that are mentioned at the end of Tractate Sotah, such as the increase of chutzpah, the shaming of the elders by the young, daughters rebelling against their mothers, and so forth – these things have already occurred in the extreme!

“Heaven forbid to judge the Children of Israel in a less than positive fashion, but, to our sorrow, this is the situation. In addition, we have witnessed the sign that kingdoms will be at war with each other, which the Sages cite as heralding the footsteps of Mashiach.

“Examples of positive developments have also transpired, such as, ‘There is no more certain sign of the end of the exile as when the branches of trees on the mountains of Israel will yield their fruits in abundance to My nation Israel….’ The only sign which, to our dismay, has not yet appeared is the passage in the Zohar: ‘As the days of the Mashiach approach, even young babes will come to possess the secrets of wisdom.’”

Do you remember any other incident during your trips to America with your father having to do with Eretz Yisrael?

On one of our official visits to America, on Shabbat, at a synagogue seudah shlishi, a bowl of very large olives was placed on the table before the chief rabbi, my father and teacher. One of our hosts said, “Why is Israel noted for its olives and honey? In America, the olives are much more praiseworthy than the olives of Eretz Yisrael. Look at their size!”

My father later told me that he chose not to eat them because the person spoke derogatorily about Eretz Yisrael. Indeed, their size made me curious. When I looked at the can, I saw that the olives were imported from Kibbutz Yavneh in Israel, and I showed this to the person in order to defend the honor of Eretz Yisrael.

Did your father conduct a Tu B’Shvat Seder?

Every year, my father would conduct a tikun on the night of Tu B’Shevat, but not according to the customary Seder “Pri Etz Hadar” or with four cups of wine.

Rather, he would discourse at length on the exaltedness of the fruits of Eretz Yisrael, on their unique holiness, and on the halachot dependent on the land – sometimes on the laws of terumah and maasrot, shvi’it, and orlah; sometimes on the blessings and order of their consumption; and sometimes on the prohibition of eating insects and the kashrut of fruits. He insisted that all the fruit on the table be exclusively fruit grown in the Land of Israel.

What accounts for the unique nature of fruits from Land of Israel?

The Bach explains that the unique blessing found in Eretz Yisrael derives from the holy Shechinah that fills the land (Orach Chaim, 47). Therefore, during the exile, when the Shechinah abandoned the land and found refuge above in her celestial abode, Eretz Yisrael was left in desolation.

As we mentioned, the sign of the exile’s end is when the fruit trees of Israel give forth abundant fruit. We say in Al Hamichyah, “We will eat of its fruit and be satiated by its goodness” because the land and its fruit are filled with the holiness of the Shechinah, says the Bach .

Accordingly, my holy father, of blessed memory, would only eat fruit specifically from the Land of Israel, and not from chutz l’aretz, explaining that by eating the fruits of Eretz Yisrael, we are nurtured and influenced by the holiness and purity of the Shechinah that inhabits the land. Certainly on Tu B’Shevat, the New Year of Trees, we should endeavor to buy fruits grown in the Land of Israel.

Incidentally, the true exalted holiness of the fruits of Eretz Yisrael reaches its fullness when a majority of the Jewish people dwell in the land, and we are approaching this point very quickly.

Nearly 50 percent of the Jews in the world reside in Israel today. As more olim arrive to dwell here, the holiness of the land and its fruit will become greater and greater. This is because when the Children of Israel return to their land, the exiled Shechinah returns with them.

This infusion of “Shechinah power” affects everything in the country – the holiness of the fruit, economic production, the understanding of Torah, the building of Jerusalem, military prowess, and more. Seeing this, all our enemies in the land will quickly flee the country, unable to withstand the exalted level of holiness that will uplift every facet of Israeli life. 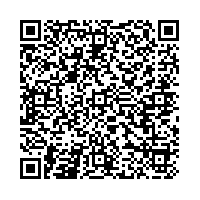