Rav Aharon Lichtenstein, a son-in-law and student of the legendary Rav Joseph B. Soloveitchik – rosh yeshiva at Yeshiva University for 45 years – is one of Modern Orthodoxy’s most prominent and respected personalities.

He graduated from Yeshiva College, later earning his semicha from YU’s Rabbi Isaac Elchanan Theological Seminary (RIETS) and his Ph.D. in English literature from Harvard University. In l971, after serving as rosh yeshiva at RIETS for several years, he immigrated to Israel, answering a call by Rabbi Yehuda Amital to join him as joint rosh yeshiva of Yeshivat Har Etzion in Alon Shevut.

He currently serves as professor of Talmud at RIETS and rosh kollel and director of RIETS’s Gruss Institute in Jerusalem. Rabbi Lichtenstein will be honored at the RIETS Annual Dinner of Tribute on November 13 at The Grand Hyatt in New York City.

Can you discuss your early years at Yeshiva University and how you eventually became rosh yeshiva at RIETS?

Rabbi Lichtenstein: I attended YU from the age of 16. I was there for four years, and then I was at Harvard for four years, but under the aegis of YU. I went with the encouragement and enablement of the Rav [Rabbi Joseph B. Soloveitchik], personally, and of the institution generally. When I came back from Harvard in 1957 and wanted to get a position within the Yeshiva, I ended up having the desire only partially fulfilled. Though there was no full-time position as a maggid shiur available, they needed someone as an instructor of English at Stern College, and I was asked to consider that.

Secondly, I was appointed to what was to be a new part-time position as an assistant to the Rav, which meant reviewing the shiurim for bachurim, grading examinations, etc. Since the Rav was only in New York for about a day and a half or two days a week, I was also available for those who wanted to discuss an issue. This had not been my first choice but it did mean getting a foot in the door, and after consulting with the Rav and with Rav Ahron Soloveichik about taking this combination, both encouraged me to do it, which I did.

The value of having a foot in the door turned out to be manifest, when in 1961, YU decided to reopen the kollel, which had been in existence for a couple of years, staffed and manned by older kollelnikim who had come over from Europe after the war, but was then shut down after about two to three years and was not really revived. This time it was, with younger people, American talmidim, and I was put in charge of that. I continued at Stern, while running the kollel and assistantship.

Why did you decide to move to Israel and join Yeshivat Har Etzion?

The idea of moving to Eretz Yisrael and getting a position there percolated for a number of years and was put on ice when my mother-in-law, a”h, took ill with cancer in about 1963.

Some people in Eretz Yisrael thought that I would be a correct choice to assume a position as a rosh yeshiva – with that term, in Eretz Yisrael, referring to the director of the yeshiva, not simply as one of the maggidei shiur. The founders of the yeshiva in Gush Etzion contacted me and wanted me to be involved. I explained that it was not immediately feasible, but we would keep in touch. 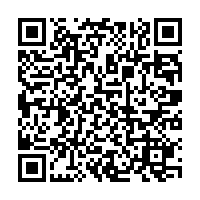