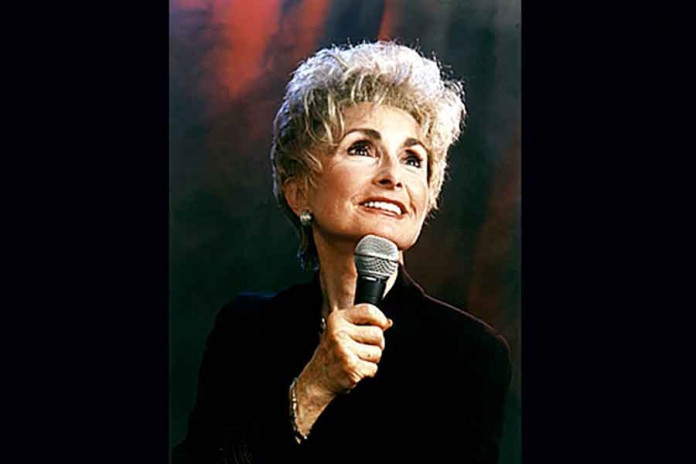 On November 18, 1973, Rebbetzin Esther Jungreis – then just 37 years old – spoke before a crowd of thousands at Madison Square Garden’s Felt Forum theater. The “revivalist”-like gathering was her brainchild. American Jewish youth were drifting away from Judaism, and Rebbetzin Jungreis desperately wanted to ignite their souls.

A few months earlier, she had founded a kiruv movement called Hineni and sought a large venue to accomplish her purpose. Along with her father, she approached Rav Moshe Feinstein, Rav Yoshe Ber Soloveitchik, Rav Eliyahu Henkin, and the Satmar Rebbe. All four gave their blessings for the grand event.

The Jewish Press: I understand that your mother came from distinguished lineage. Can you talk a bit about it?

Rebbetzin Slovie Jungreis-Wolff: It was actually very much a part of our lives growing up. Whenever we had a family gathering, my parents would always go back to the yichus of the family so that we should know who we are. At every family simcha, my mother would actually bring the sefarim of my zeide along so that he should be with us.

My parents were third cousins, and they were both direct descendants of the Menuchas Osher, R’ Osher Anshil HaLevi Jungreis, who was known as the “miracle rabbi.” It says in sefarim that he actually met Eliyahu HaNavi, who gave him formulas for refuahs.

People came to him from all over – even non-Jews – for blessings. After he helped one non-Jew who always treated Jews very harshly, the Menuchas Osher told him, “You must remember who helped you, Hashem and the Jewish people, and I was the messenger.”

This non-Jew’s family remembered the Menuchas Osher for many generations. In 1943, my zeide was on a train when a group of Hungarian Nazis boarded and asked the Jews for their passports. When one of them looked at my zeide‘s passport, he said, “I’m going to take care of this one.” He was very [rough with my zeide] and took him into a private room, at which point he said, “I see that your passport says ‘Jungreis.’” I’m sorry that I had to pretend to be extra rough with you to take you out of there. Your grandfather saved my grandfather.”

Before the war, there were 85 rabbanim with the name Jungreis in Hungary. All 85 perished. It was really a rabbinical dynasty. My zedie was the only survivor of his line of the family. The family traces itself all the way back to David HaMelech.

What was your mother’s childhood like living in the shadow of the Holocaust in Hungary?

She was five years old when the war started. Her parents felt the winds of war coming, so they made a final trip to Nadodvar, where my zeide’s father was the chief rabbi, before the war broke out. My mother always spoke of that trip. I think it defined her.

At one point during their visit, she saw her grandfather crying while he was learning and ran to tell her father. Her father told her to follow him outside. The snow was deep, and my zeide said to her, “I’m going to walk in front of you and you will walk behind me.” After a few moments, my zeide turned to her, and said, “Lichte kind, my shining light, do you know why I walked in front of you?”

My mother said, “Yes, Tatte, because the snow is deep and you wanted to make footsteps for me so I shouldn’t fall.” And then my zeide started to cry and said, “Now you know why your grandfather was crying – because when he’s learning Torah, he’s making footsteps for you. The snow is going to be very, very deep – it’s coming soon – but you have to know that there’s a derech for you. You will never be lost. You will always be able to stand up, even if you fall, because your zeidies and bubbies made footsteps for you.”

And this became my mother’s theme in life. Whether you know it or not, everyone has zeidies and bubbies in shamayim who have cried for them, davened for them, and made footsteps for them. You can never, ever give up on yourself.

How did your mother make it to America?

Her family survived Bergen Belsen with nissim and then they were placed in DP camps in Switzerland. They really wanted to go to Eretz Israel, but they kept getting denied, so after around 18 months they got visas to America instead.

What inspired your mother to become a rebbetzin in the 1950s when so many other American women her age were pursuing careers?

My mother felt that being a rebbetzin was the greatest career possible. When Reb Sholom Klass asked my mother to write for The Jewish Press, she said, “On one condition. It will be called ‘Rebbetzin’s Viewpoint.’”

He said, “Why?” and my mother replied, “I want everyone to know that to be a rebbetzin is awesome! You don’t need other titles.”

Your mother wasn’t at all tempted by the allures of a secular career?

What could be better than a life of Torah, a life of living what you believe in, of what you’re passionate about? What would be better? To go into the office and punch in?

What led your mother to start Hineni in 1973 and then lead a mass gathering in Madison Square Garden to inspire Jewish youth to embrace their heritage?

It started in the Pine View Hotel. There was a group of college kids there from a very prominent Jewish organization, and my mother was sitting with them after a lecture and said, “You know, you have so much power behind you. Why don’t you do something?”

They said, “What should we do?” And she said, “If I had your resources, I would take Madison Square Garden and I would call for a Jewish revolution.”

And then a few weeks later, at my brother Yisroel’s bar mitzvah, Shlomo Carlbach got up and said, “After the bar mitzvah, everyone is invited to the Rebbetzin’s house to discuss a new organization in Madison Square Garden!” That’s essentially how it started.

Who paid for the event in Madison Square Garden?

It’s an amazing story. Nissim and nifla’ot. It’s worth getting the book just for that story. What you really see, though, is that if you want to do something, Hakadosh Baruch Hu helps you. But you have to have the passion and the courage.

My mother didn’t dare be silent when, after seeing the physical Holocaust, she came to America and saw a spiritual holocaust. Even when she was a child, my zeide would have her go to different houses on the block to people who never had Shabbos and invite them for a Shabbos meal.

Was your mother concerned about the propriety of putting herself in the limelight in founding Hineni and leading the Madison Square Garden event?

My mother lived totally according to halacha, and everything she did was leshem shamayim – never for the limelight. It was never about her; it was about Kiddush Hashem, Klal Yisrael, and responsibility. That’s exactly why she and my zeide went to the gedolei hador before she began this endeavor.

My mother really changed thousands upon thousands of lives. She was a pioneer of the kiruv movement. Kiruv was a foreign concept [to most people back then]. To care? To reach out?

It was new, but it’s something that she learned from her father already in Hungary. The town that they lived in, Szeged, was a very large Reform community. My zeide and grandmother purposely moved there to do kiruv.

Your mother had a special ability to touch people. How do you explain it? What was her secret?

She believed in the pinteleh Yid that exists in every Jew. And she would never ever, ever allow herself, or anyone else, to give up hope on any neshamah. She looked beyond your outside and into the soul. She saw a spark, and Hashem gifted her with a special ability to touch it and ignite it.

I remember once seeing your mother davening Minchah in an airport and being in awe of her sincerity and Jewish pride.

That’s also very important: my mothers ko’ach of tefillah and her emunah in Hashem.

I have my mother’s Tehillim, and I can tell you that the pages are shredded and tear-stained. She had a tremendous koach ha’tefillah and a tremendous ko’ach of beracha. The book is filled with stories of people who received berachos from my mother that were mekayem – for babies, for refuos, etc.

What’s one thing you wish more people knew or appreciated about your mother?

At the end of her life, someone interviewed my mother and said, “If you could choose what to put on your matzeivah, what would you write?” And she said, “Two words: ‘I cared.’”

How did this just-published biography come about? Did the author know your mother?

No! But he feels like he knows her now. He interviewed over 100 people besides the family….

After my mother was nifteres, we said we have to capture her legacy because people today really need chizuk. They need to know that you can be normal in this world and can accomplish great things. Yes, my mother was brilliant and had charisma, but everyone in their own little way has a gift they were given to make this world better. And if we all just used a little bit of what we have, we could really bring ge’ulah.

I feel it’s bashert that the book came out exactly now when we’re going through this crisis because it’s a book that will give people an infusion of emunah and inspiration.

What do you think your mother would say about the pandemic if she were alive today?

Two things. Before my mother left this world, she somehow had a feeling that she needed to give a message to us and to Am Yisrael. She wanted very badly when she was ill to start a Shema Yisrael campaign. She said, “I’m telling you, I know what I see. The world is on fire. We have to get the Jewish people to join together and say Shema.” She wanted that very, very badly.

Number two: Just this week, one of my daughters said to me, “You should really watch Bubba’s speech after 9/11 – which is available online – because there are so many things in it that speak to us today. It was one of her most awesome speeches, and she spoke about what we need to do instead of being frightened. She spoke about Shabbos, chesed, living with dignity and tznius, being proud as Jews, etc.

How many children are you in total?

Baruch Hashem, I have one sister and two brothers, and we are all rabbis and rebbetzins in Hineni working together and trying very hard to carry on our mother’s mission. 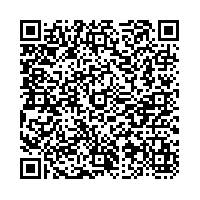