A very distinguished scientist asked me, in the context of comparing the treatment and the statistics of older and younger victims of the coronavirus pandemic: “I was wondering if Judaism teaches us that it is worse to lose an old life than a young one. Is seems a form of selfishness that is likely held by an aging population. Can you help me with this?”

I enclose my response:


You asked if Judaism teaches us that it is worse to lose an old life than a young one.

First, I must warn you that I am not a rabbi and that everything I will submit to you here is based on my personal learning, as well as on a phone conversation with my own rabbi. We went over the most available sources to answer your question in a satisfactory fashion, but you should know that “Judaism teaches” a whole lot of things and then turns around and teaches the opposite.

The essential discussion of setting value to a human life appears in Leviticus 27, and it has to do with the need to assign a value to the sacrifice that an individual has vowed to dedicate to the Temple. If a Jewish person makes a clearly defined vow to God to give Him an amount equal to the value of a human being, this person’s value must be set as follows: a man between the ages of 20 and 60 is worth 50 silver shekels; a woman, 30 shekels; a child 5 to 20, 20 shekels for a boy and 10 for a girl; a baby one month to 5 years of age, 5 shekels for a boy and 3 for a girl; a person past sixty, 15 shekels for a man and 10 for a woman; and if the person is too poor to be evaluated, a cohen will assign him a value in keeping with his means.

Obviously, the various values above correspond to the price of slaves in the marketplace, and in a culture where one’s donation to the Temple depends on his or her price had they been sold for slavery this is quite practical.

Incidentally, this system becomes crucial in evaluating the amount of compensation to be paid to the victim of an injury by the assailant, as our sages have interpreted the rule of “an eye for an eye” to mean the price of an eye for an eye. And when it comes to setting a price on a lost body part, much as it is done by insurance companies nowadays, we must know the earning potential of the individual in question – be it as a wage earner or as a person sold to slavery.

So you can see that the Torah has a sober view of the value of different people. At which point, as it was on the occasion of your radio interview, Jewish law throws a red herring our way.

In tractate Sanhedrin 74., there is a discussion of what must one do if a gentile officer ordered him to turn in a fellow Jew to be killed or suffer death himself. The sages rule that one must accept death rather than turn in another, with the poignant explanation: How can you be sure that your blood is redder than his? His being the fellow Jew wanted by the authorities. And by “redder blood,” the sages mean being more loved by God. How do you know which one of you God finds more deserving of a violent end?

And, of course, in a situation of duress like that one, every Jew is equal and we don’t have the right to prefer one Jewish life over another.

Because we have a system of comparative values which is based on a third set altogether: holiness. Tractate Horayot 13. teaches:

The text explains at length this hierarchy, and it all comes down to how close one is allowed to get to the holiest sanctuary at the Temple, where the High Priest sees God eye to eye on Yom Kippur.

From the above set of values, would think that Jewish law is disturbingly reminiscent of the Hindu tradition, with its casts that descend from the Brahmins down to the Untouchables. But then the Mishna throws a monkey wrench in the spokes of the bicycle of tradition and teaches: When do these rules of precedence take effect? In circumstances when they are all equal in terms of wisdom. And the rabbis cite Proverbs 3:15: “She (meaning Torah) is more precious than rubies,” therefore, they say, a scholar who happens to be a mamzer is higher in value than a high priest who is uneducated.

So we’ve covered three systems by which Jewish tradition evaluates and compares people. But the Responsa, which by nature is more immediate and can be compared more directly to the context of your inquiry, considers additional values. Rabbi Yitzchok Zilberstein, a prominent posek living in Bnei Brak, suggests that in a dilemma between saving a few severely injured individuals or a large number of more moderately injured, the larger group is prioritized. The IDF Rabbinate determines that the rules of medical triage be applied in saving individuals, based on the severity of their condition juxtaposed with their chances of recovery.

But I am not familiar, and neither is my rabbi, with a Jewish view that says an older person is deserving of a lesser medical or other attention than a younger person based on their age difference alone. For instance, the suggestion that was passed around a week ago in Israel that older persons on respirators would be made to give up their machines in favor of younger patients, is outright abhorrent in my eyes. In such a case, one surely must ask: who told you that your blood is redder than your fellow Jew?

Pursuing A Two State Solution Will Not Bring Peace 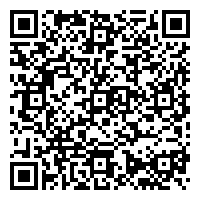