How far would one person be willing to go to raise vital funds for a worthy charitable cause? For Joshua Strahl, surviving a ferocious storm in Iceland or climbing the foreboding Mt. Kilimanjaro in Tanzania, in order to assist special needs children at Shalva in Jerusalem is actually an “adrenaline rush.”

Strahl, a Brooklyn native, who made aliyah to Beit Shemesh in 1996, could actually be construed as a real-life contestant on “Survivor.” He is an avid lover of extreme sports who has used his passion to push his body and soul to the max for personal and charitable goals, even after surviving open-heart surgery.

“I’ve always been drawn to extreme sports and have always wanted to go to Iceland, ever since I had to write a paper for my Master’s Degree at NYU on international trade, where I chose Iceland,” Strahl fondly recalled. “Even before I made aliyah, I had done about 50 skydives and planned on going to Iceland one day. That country always fascinated me. But after I made aliyah, I had no more time to indulge in skydiving or other extreme sports because I had to earn a living for my family.”

Strahl dabbled in both the hi-tech and plumbing industries. Along the way, he began suffering from various health problems, culminating in open-heart surgery six years ago. Rather than getting depressed and feeling sorry for himself, Strahl decided to whip himself back into shape by running. “I started to do half-marathons in Beit Shemesh and graduated to other marathons in Jerusalem and Tiberias,” he said.

During a particularly enjoyable marathon run through Jerusalem, Strahl noticed a sign about raising funds for Shalva by engaging in challenging treks, including adventures in Iceland.

“Wow, that was like the perfect storm for me because I am extremely motivated to do stuff for tzedakah,” Strahl admitted. Raising money for Shalva had extra meaning for him because one of his young cousins, a special needs child, was enrolled in one of its educational programs.

Strahl said, “Shalva is a wonderful organization that has opened its doors to thousands of special needs children and puts them within a warm and loving environment. It is an incredible place where the staff is so kind, where both the children and their parents benefit from their services every single day. So, when I heard that they were going to raise funds by doing various treks, like cycling in Iceland and climbing Mt. Kilimanjaro, I had had no problem training for and participating in these events. I’d deal with the achy feet and getting to the finish line, as long as people would donate to the cause.”

Shalva’s “Fire & Ice Challenge” in Iceland, which took place between July 4-15, consisted of trekking 37 miles across one of the world’s most active volcanic regions and then bicycling 155 miles through Iceland’s remote terrain.

The calendar said July, but this was Iceland.

“There were times when my legs were telling me ‘What the heck are you doing?’ because the terrain is so hard,” Strahl recalled. “The last few days were really challenging because you were biking into head winds of 30mph and the weather started to get really cold and snowy. It was brutal. But even when my legs were burning and my face was freezing up, I kept going because I was thinking about my cousin and the other kids at Shalva. This was also my once-in-a-lifetime Iceland thrill, where I got out and did my physical challenges on a glacier. All of these things, especially raising money for needy kids, add value to the challenge and even goes beyond my health issues.”

That’s not to say Strahl also didn’t experience a spiritual epiphany or two during a Shabbat pit-stop with other “Fire & Ice” participants. “We spent an incredible Shabbat together, where we were able to daven, eat delicious vegetarian food and even enjoy some good whiskey. It was something that I’ll never forget because it was fun and a way to unwind after enduring the physical challenges,” he kvelled.

Surviving Iceland whetted Strahl’s appetite to conquer Kilimanjaro in February 2017. During August and September, Strahl began a new and intensive training regimen by climbing up and down Mt. Hermon, Israel’s northernmost point, several times a day! The Israeli side of the impressive mountain rises to about 7,300 feet, far below Mt. Kilimanjaro’s dormant volcano peak of over 16,000 feet from its base.

“Mt. Hermon isn’t the toughest mountain to climb, and Mt. Kilimanjaro is no walk in the park. Which is why I wanted to see what my body would feel like after going up and down Mt. Hermon five times in one day. My motivation is to climb that mountain and raise $20,000 for Shalva’s kids.”

Yes, Strahl and his doctors closely monitor his health. And while there are always concerns lurking in the background, the word “quit” isn’t in Strahl’s dictionary, especially when Mt. Kilimanjaro beckons to be conquered.

For more information about how you can become a part of Joshua Strahl’s Shalva tzedakah challenge, you can surf his special landing page at:  climb4shalva.org/profile.php?id=11. 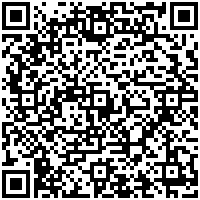