Two years ago I met several descendants of Rav Simcha Dinter (1867-1929), an active member of the Belzer chassidic dynasty and a right-hand man to the then third and fourth Belzer Rebbes, Rav Yissachar Dov Rokeach (1851-1926) and his son, Rav Aharon Rokeach (1880-1957), respectively.

When the family learned that I was traveling to Poland last fall, they asked me if I would take photographs of the Dinter family property in Krakow, located at 9 Brzozowa Street in the once heavily Jewish neighborhood of Kazimierz, Krakow.


When I reached the street, I expected to find a small house.  However, I was pleasantly surprised to find myself gazing up at an impressive stone building, several stories high. Fortunately, one of the tenants of this apartment building was leaving and allowed me to enter and take photographs of the building’s interior.  Unlike what I witnessed in Warsaw, my grandmother’s city of origin, in which the vast majority of buildings did not survive the bombings of World War II, this building was quite intact.  Moreover, it had been extremely well maintained and still bears the original, huge, and intricately hand-carved wooden front doors.

From the interior staircase landing, I peeked out the window overlooking the sizable backyard, where, according to Dinter family members, two wooden frame houses formerly stood.  I began to picture the Yom Tov of Sukkos, with the large, extended Dinter family along with the building’s other Jewish tenants seated in the sukkah, eating their meals and singing festive holiday songs.

After I returned to New York, the family asked me to assist them with additional genealogical research, particularly about their progenitor, Rav Simcha.  What follows is the story of the Dinter family and the biography of Rav Simcha, as it was related to me by one of his grandsons.

Rav Simcha was one of the gabbaim to the aforementioned Belzer Rebbes.  Upon his marriage to Bina Dreier, he moved from the town of Belz to the city of Krakow, his new bride’s hometown and the Dreier family’s site of residence.

In Krakow, Rav Simcha purchased a large apartment building in the historically and centrally-located neighborhood of Kazimierz, the city’s predominantly Jewish quarter.  The Dinters would have eight children and own a family business that made medical uniforms.

Rav Simcha was a major financial supporter of Belzer chassidim.  Not only did he give generously from his own funds, but he also raised money both in Galicia and America.  Beginning in 1908, Rav Simcha made more than a dozen trips between Krakow and America, speaking to Belzer chasidim about the importance of sending money to the Belzer community in Europe.

When he traveled to America in 1914, Rav Simcha brought along his wife and five of their children. When shortly thereafter, World War I broke out, the family spent the remainder of the war and beyond on the Lower East Side of Manhattan.  Rav Simcha started a business producing wigs for dolls.  In those days, dolls were made out of porcelain and wigs were glued on.  Before the war, most of the toys and dolls sold in America were manufactured in Germany, and the war curtailed this production.  As this created a newly-found opportunity, some Jews from Galicia (then part of the Austro-Hungarian Empire) went into this business.

When the war ended in late 1918, the Belzer community was in dire need of financial assistance.  Rav Simcha expended his time and energy in raising money for the Belzer community in Europe. His letters to the editor were published in Yiddish newspapers and advertised that he would be speaking on the Lower East Side as part of this fundraising campaign.

In 1920, Rav Simcha, who had become an American citizen, applied for a U.S. passport to return to Europe. Interestingly, his passport photo shows him appearing as a typical chassidic rav.  Perhaps, today, it is not unusual to see somebody who looks like Rav Simcha on the streets of New York City, but in 1920, it was quite unusual.

The first thing a great number of religious male Jews did upon arrival in America was shave or trim their beards, cut off their peyos, get rid of their black hat, and change their mode of dress to that of the average American male of the day.  But such was not the case with Rav Simcha.  His passport application describes him as having a “long beard [grey], large moustach[e], [and] a curl at [the] side of each ear.”  In his passport photo, Rav Simcha is wearing his rabbinical black hat – clearly, he had refused to remove it.

In 1923, Rav Simcha can be found in a photograph with the Belzer Rebbe and his aides, which was taken in Marienbad, Czechoslovakia (today, the Czech Republic), a well-known resort where many chassidim vacationed prior to World War II.  During this visit to Marienbad, Rav Simcha and his wife Bina were photographed strolling in the town square.

Rav Simcha’s four daughters and one son remained in New York while he and his wife returned to Krakow. Afterward, he made yearly trips to New York, raising funds for the Belzer community. Rav Simcha died in 1929; his wife Bina in 1936.  They are both buried in the new Jewish cemetery in Krakow on Miodowa Street.

Sadly, the Dinter family met the same fate as most of Poland’s Jews.  The three children still in Poland, not being American citizens, found themselves trapped there when World War II broke out.

In the summer of 1940, the Germans ordered the majority of Krakow’s Jews to relocate to other ghettos.  The Dinter family chose to go to Bochnia, where some relatives owned property.  Along with their children and spouses, Rav Simcha’s three children managed to survive until the first Aktion of the Bochnia ghetto in the summer of 1942.  Most of the Dinter family perished then, others during the Aktion in the summer of 1943.  Jews who were not killed in Bochnia were deported to death camps, where the overwhelming majority was murdered upon arrival.

At the war’s end, of the entire Dinter family that had been caught up in Hitler’s murderous web, only one grandson had managed to survive. 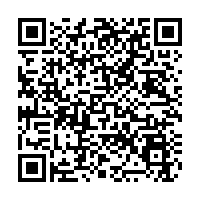