Shomrim, volunteer citizen patrols, established in Jewish communities to handle quality-of-life issues, have been in existence for many years and are credited by local police forces for their key role in reducing crime. Not only are there active Shomrim patrols in Brooklyn’s religiously concentrated neighborhoods of Boro Park, Flatbush, Williamsburg and Crown Heights, but also thriving patrols in the Jewish communities of Baltimore, Northwest London and more. While these patrols are designed to monitor suspicious activity and report any potentially dangerous activity to the police, the recent shooting of four Boro Park Shomrim members in September is a chilling reminder of the inherent danger these dedicated volunteers face on a daily basis.


Chaim Deutsch founded Flatbush’s Shomrim Safety Patrol 20 years ago at a time when crime was so prevalent in the area that according to Deutsch, “If you stood outside for a reasonable amount of time, you knew you would see something happen.” The 40-man Flatbush Shomrim team works closely with Brooklyn’s 61st, 63rd and 70th Precincts and they receive training from both Shomrim and the local police department. They patrol their 40-block district every night, keeping their eyes open for suspicious activity, which they then report to the police. Deutsch believes in quality, not quantity, and limits his team to 40 well-trained men, each of whom commits to patrolling one night a week and carrying a radio at all times, except on Shabbos and Jewish holidays.

Boro Park’s Brooklyn South Shomrim Patrol, originally known as the “Bakery Boys,” also began 20 years ago, when a group of bakery deliverymen banded together to prevent the crimes that seemed to be prevalent in the area in the late night and early morning hours when bread deliveries were being made. Since then, the patrol has grown to include approximately 100 volunteers, encompassing all of Boro Park, Bensonhurst and Kensington. They work closely with the 62nd, 66th and 70th police precincts and have a close relationship with Brooklyn South Police Chief Joseph Fox.

“We don’t stop anyone and we don’t put ourselves in jeopardy,” said Deutsch. “If we see something suspicious we call it in to the police. We are basically the eyes and ears of the community. Our responsibility is not to put ourselves in danger and if, G-d forbid, someone gets hurt it is a scar on our organization. Sometimes we do have to hold someone down if there is imminent danger but most of the time we just let the cops do their jobs. They have the guns, not us.”

Boro Park Shomrim coordinator, Simcha Bernath, follows a similar plan of operation. “We try not to have any contact with the perpetrators. We follow suspicious individuals and, if need be, we call the police. Let them come and apprehend the perpetrator.”

What happened in September was an anomaly, according to Bernath. “Unfortunately we were in major danger and what happened, happened. We look at it as simply patrolling and trying to keep the neighborhood as safe as possible, but we found out that you never know. This particular perpetrator, no one would have ever thought he would pull a gun and start shooting in the streets of Boro Park.”

In the wake of the recent shooting, New York State Senator Eric Adams provided Boro Park’s Shomrim with bulletproof vests but the Shomrim are still trying to decide whether or not to wear the vests while on patrol.

“They have a lot of ups and downs,” explained Bernath. “We are looking into what our policy will be in the future.”

The Flatbush Shomrim will not be wearing bulletproof vests any time soon.

“I am against the vests for two reasons,” said Deutsch. “First of all, you might think you can put yourself more at risk because of the vest. We shouldn’t feel untouchable. We don’t carry weapons and we don’t expect to get into shootouts. A policeman’s job is to protect and they are armed. For them a vest is a second layer of safety. Second of all, a perpetrator who sees you wearing a vest will assume that you have a gun and will be more likely to shoot at you.”

Volunteers are carefully screened and their references are scrupulously checked to ensure that Shomrim members are able to deal with the varying situations that they may encounter while on patrol. Aside from being ever alert for suspicious activity, Shomrim members are also trained to deal with non-medical emergencies, missing persons, children at risk, domestic violence and sexual abuse.

In the aftermath of September’s shootings, Deutsch reports that no new safety measures have been enacted, as the wellbeing of the Flatbush Shomrim team has always been of paramount importance and as always, frequent meetings are held to ensure the safety of all volunteers. In Boro Park, while no major changes have been made, Shomrim are being provided with more training and encouraged to be even more vigilant and careful than usual.

Sandy Eller is a freelance writer who has written for various Jewish newspapers, magazines and websites in addition to having written song lyrics and scripts for several full-scale productions.  She can be contacted at sandyeller1@gmail.com. 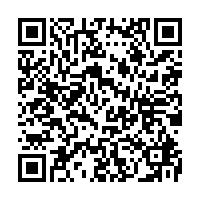