This past Yom Kippur, my father, an 84-year-old Holocaust survivor, surprised our family by recounting a wartime Kol Nidre observance that stirred his soul.

It was erev Yom Kippur, September 26, 1944. My father, Kurt Lion, was in the French underground, acting as a scout for the advancing American Seventh Army in central France.


As dusk fell, he was scouting the town of Salieres in a jeep, checking to see if it was safe for U.S. Army contingents to move in following the German retreat. He was ducking into a narrow alleyway when he heard a hubbub coming from a nearby house. Intrigued, he went to investigate and discovered it was the sound of prayer.

My father, outfitted with a gun and army fatigues, went into the house and saw a small crowd with prayer books in hand. He was astounded to see one of the men wearing a tallis, because in those terrible Holocaust years, he did not expect to find any living Jews still in the area.

Four years before, he had been deported from southwest Germany with his parents and 6,000 other Jews to the Rivesaltes internment camps in southern France run by the pro-Nazi Vichy government. In 1941, his father, Philip, died from the horrible conditions there. In 1942, his mother, Rosa, died in Auschwitz.

My father managed to escape from the camps and tricked the Vichy police into issuing him identity papers under a Protestant alias. With these papers he became a farm laborer in central France, where he joined the underground, eventually serving as a scout under a gentile alias.

“I had to hide my Jewishness to get the identity papers and survive,” my father recalled. “I couldn’t tell anyone who I was because those in the underground would no longer trust me. They might even shoot me as a German spy. It was a very strange time. I had to shut off a large part of myself. I couldn’t be myself, a Jew.”

So my father listened silently as the congregation leader, overjoyed by the arrival of an Allied scout, explained that it was Yom Kippur, a solemn Jewish holiday. He invited him to stay.

“I hadn’t even known it was Yom Kippur,” my father remembered. “I didn’t react, continuing to play the role of a non-Jew. But I accepted his invitation and took the Hebrew-French prayer book he offered me.

My father listened as the man began to recite the Kol Nidre prayer in the French translation. He looked down at the book, saw the Hebrew lettering, and then suddenly it happened. The part of himself that he had shut off for so long emerged and, in full voice, he was singing Kol Nidre in Hebrew – as he had in his childhood.

My father suddenly felt that his father was right there at his shoulders, harmonizing with him. They were praying one last time together. It was surreal, and he sang with intense emotion. He had never sung better, before or since. They were all crying in that room, as there was so much pent-up emotion. The end of the war was in sight, as the long nightmare of the Nazi era was coming to an end.

When my father finished, the group excitedly crowded around him. They heaped salutations on him, praised him for making their first Kol Nidre out of hiding so memorable, and began to pepper him with questions.

But my father, taken aback by his lapse in hiding his true identity, reverted back to his survival mode. He said he must resume his duties, left the house, and returned to his unit.

But the wellsprings of his Jewish soul had been opened. A week or two later, when he learned that one of the American soldiers was also Jewish, he shared his secret with him. He also revealed that he had two sisters in America who had managed to escape before the war. Through Army mail, my father was able to contact his sisters for the first time in four years, and they were overjoyed to learn that he was alive.

In 1946, my father was discharged from the French military and immigrated to America. He married my mother, another survivor, and raised my two sisters and me.

Over the years, our father told our family many of his wartime experiences. Yet he had never told us this story before.

We know that there are no coincidences. And it was no coincidence that my father found himself at a Kol Nidre service that reconnected him to his people, his Jewish soul, and eventually, his sisters in America. 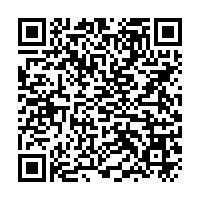