“Israel: A Concise History of a Nation Reborn” (Ecco Press) is the title of Daniel Gordis’s most recent book – his 11th. Gordis is senior vice president of Shalem College and a columnist for the Jerusalem Post and Bloomberg View. His writings have also appeared in The New York Times, The New Republic, Azure, Commentary, and Foreign Affairs. Gordis, who holds a Ph.D. degree from the University of Southern California, made aliyah in 1998.

The Jewish Press: You begin your book with a quote from David Ben-Gurion: “In Israel, in order to be a realist, you must believe in miracles.” What miracles do you see in Israel’s history?


Gordis: The fact that in 1897 Herzl organized the first Zionist Congress in Basel and 50 years later – to the day almost – the United Nations endorsed the partition plan [is a miracle]. If you think about it, only 20 years passed between the first Zionist Congress and the British passing the Balfour Declaration – that’s also an extraordinary accomplishment. Then you think about the fact that in 1948, about five percent of the world’s Jews lived in Israel and now Israel is the world’s largest Jewish community. I think that’s the kind of thing Ben-Gurion was talking about.

Israel was founded on May 14, 1948, yet roughly 40 percent of your book is devoted to the period preceding that date. Why?

Because you can’t really understand Israel unless you understand the Zionist dream of creating a Jewish state. In other words, people who start the history in 1948 encounter a country that is fundamentally in conflict and are not exposed at all to the yearnings of the Jewish people to restore themselves to their ancestral homeland.

The other issue, of course – if you start in 1948 – is you don’t understand that Arab resistance to Israel predates the state by decades. You don’t know anything about 1929 when the Arabs wiped out the hundreds-year-old Hebron Jewish community in the course of a few days, and you don’t know anything about the fact that in 1936 the British suggested that the Jews and Arabs split the land and the Jews said yes and the Arabs said no. So you really can’t start in 1948. It’s like joining a movie in the middle.

One of the Zionists’ remarkable achievements was reviving Hebrew as a living language. Why was Hebrew so important to them? Certainly it would have been easier for them to continue speaking Yiddish, their mother tongue.

Fundamentally, the Zionists wanted to create a new kind of a Jew. David Gruen became David Ben-Gurion, Golda Myerson became Golda Meir, Simon Perski became Shimon Peres, and so on and so forth. Changing their names was not an accident. It was a way of saying, “We want to throw off the shackles of what we think Diaspora Judaism is” – and among those shackles was Yiddish.

In the book, you quote an Israeli historian who wrote, “Plainly it was an excruciating ordeal for Yiddish- and Russian-speaking Jews to employ Hebrew as their daily idiom at home and in the field, when every instinct cried out for relaxation. But they submitted to this discipline….”

Yes, it is remarkable. But it was a very gradual process. It took a generation of people born in Israel for it to really seep its way in. Even people like Ben-Gurion and Begin when they were in the prime minister’s office sometimes spoke Yiddish to their staff.

You write in the book that despite all the hardships Israel faced at its founding, it somehow managed to absorb an astounding number of immigrants. Can you elaborate?

Yes, it was the greatest number of immigrants absorbed per capita. In other words, there were about 800,000 people Israel in 1948, and within a few years it took in a million people. It would be like the United States today taking in 330 million people. It’s an unbelievable accomplishment. There’s apparently no country in the history of the world that has taken in as many immigrants percentage-wise of its population.

It was by no means easy. There was food rationing in the early 1950s and there was not enough shelter, so people were put in maabarot, especially Jews from North African countries. But it’s miraculous that the Jews were somehow able to pull it off.

It’s an excellent question. There were two states created by the United Nations on November 29, 1947 – a Jewish state and an Arab state. The Arab state was almost 100 percent Arab, and the Jewish state was 40 percent Arab. The truth of the matter is that if the Arabs had just bided their time and not started a conflict, they probably would have been able to overwhelm the Jewish community with immigration and become the majority.

But the Arabs made the ridiculous mistake of starting a war with Israel, and Ben-Gurion understood that having 40 percent Arabs in the country was not sustainable. So some of the Arabs fled because their leaders fled, but others fled because they were either pushed out or frightened out by Jewish forces. It’s very easy to criticize the steps taken during the War of Independence, but if you think about it, had that not happened, it probably would have been impossible for Israel to be both Jewish and democratic, and the likelihood that the Jewish state could survive as either not Jewish or democratic seems to me very small.

In fact, Benny Morris – who is a very secular kind of left-of-center Israeli historian at Ben Gurion University – said in a Haaretz interview about 10 years ago he thinks Ben-Gurion should have gone further [and forced out even more Arabs].

The subtitle of one of your chapters is “The Rise and Revenge of Israel’s Political Right.” What was this rise and revenge?

It’s the rise of Likud in 1977. By 1977, Menachem Begin had lost eight times. He was 63 years old. The expectation was that he was going to lose for a ninth time and be driven out of politics altogether. But he won a stunning victory, which happened in large measure because the Mizrachi Jews – Jews from North Africa, Iraq, Iran, Yemen, etc. – had come to Israel and basically been pretty badly treated by the European Ashkenazi elite. They were looked down upon because of their different culture, because they weren’t university-educated in many cases, and a little bit because of their darker skin.

Menachem Begin – even though he was a Polish Ashkenazi Jew in every single way – was known for really revering Jews no matter what their background. In the Betar anthem, it says “Ivri, gam b’oni, ben sar – Any Hebrew, no matter how poor, is still the son of a prince.” So Begin showed tremendous respect for these [Mizrachi] Jews, and in 1977 there was a kind of rebellion against the hyper secular elite and the Likud came into power – and has been in power for much of the time since. 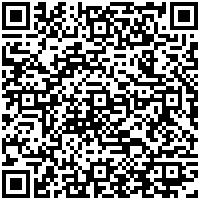