All last week, Rabbi Yehuda Levin’s name appeared in the news as the man behind gubernatorial candidate Carl Paladino’s widely-reported remarks opposing gay marriage and homosexuality. After a maelstrom of criticism, Paladino apologized to the gay and lesbian community, prompting Rabbi Levin to sever his ties with the Republican candidate.


But who is Rabbi Levin? And did his brief backing of Paladino help or – as many people are saying – hurt the Jewish community?

Backed by his rebbe, the late Rav Avigdor Miller, Rabbi Levin ran unsuccessfully for Congress in 1984 on the Republican ticket; for New York City mayor in 1985 on the Right to Life ticket; and for New York City Council in 1991 and 1993 on the Conservative ticket.

The Jewish Press: Some people say your constant, vocal opposition to homosexual marriage over the years verges on obsession. What’s your response?

Rabbi Levin: I speak out on many social issues. I speak against pornography and against merry-go-round divorces. I also speak every year at the March For Life, opposing abortion on demand.

The reason, however, that my major concentration is on homosexuality is because it says in the Torah that Amalek is God’s superlative enemy. What’s the worst thing that Amalek did to us? “Asher karcha baderech.” Rashi says “lashon keri homosexuality.” As Chazal and midrashim tell us, Amalek homosexually raped Bnei Yisrael. So the biggest problem for God is not chillul Shabbos or eating non-kosher. It’s the Amalekites and the way they initially attacked the Jewish people.

Additionally, the Tanchuma says that the deluge in the times of Noach didn’t come until people started writing marriage contracts between men and men and men and animals.

So I’m trying to prevent homosexual marriage from becoming the law of the land because it would, chas v’shalom, bring tremendous tragedies.

In that vein, you recently associated yourself with Carl Paladino and helped him craft anti-homosexual statements. But not everyone is pleased with your efforts, especially considering the ridicule that Paladino was subsequently subjected to in the media. A recent op-ed on VosIzNeias.com argues, “Rabbi Levin’s strategies have given entirely new shades of depth and meaning to the term ‘backfire.'” How do you respond to that?

Tell me the last person in the Jewish community, who’s not a government official, who was in the media for a whole week, non-stop, 24 hours a day. Can you tell me of a more successful effort in informing literally all of America that once and for all there’s something called Orthodox Jews who – unlike the 80 percent of Jews they know about who are liberal – live by, and stand up for, Torah values? You know the kiddush Hashem this accomplished in informing gentiles and liberal Jews alike what the real Torah position is?

But some Orthodox Jews think you’ve made a chillul Hashem, not a kiddush Hashem. They argue that you are a loose cannon who issues exaggerated and wild statements that make Judaism look silly and extreme. You may have gotten a lot of press, but these Jews argue it’s bad press, not good press.

The people who said these remarks are not sensitive to the political climate. There’s a rabbinic phrase, “b’zman shehashanim kitikunan – when things are regular.” But [things today are not regular]. Paladino defeated Rick Lazio by 26 points in the Republican primary, which clearly proves that people want somebody who says it like it is. I say it like it is on Torah values. I’m not being disrespectful or incendiary. I’m being very articulate, and the media is interested and the message has gone out.

The intellectual level of the jealous people who say this is very low, so they have to be persuaded with numbers. In 1984 I ran for Congress against Stephen Solarz. I received 35 percent of the vote, doubling the vote figure that anyone had ever gotten against him. What’s more important is that I got 90 percent of the vote in the chassidic election districts and over 65 percent in Boro Park despite all the politicos being lined up against me. They were making the exact same claims then. They were wearing pins that said, “Vote for Solarz and not the meshugana.” To me, it’s water off the duck’s back.

Additionally, for many years I have been the spokesman for the Rabbinical Alliance of America [Igud Harabbonim], which has a membership of over 850 rabbis. I have been representing them on and off, as well as the Union of Orthodox Rabbis of the United States and Canada [Agudas Harabbonim], for more than a quarter of a century.

You argue that the Orthodox community should support pro-morality candidates. Many, however, say it’s smarter to support candidates who will bring more money into the Jewish community, whatever their positions on issues like gay marriage may be.

Rav Yaakov Kamenetsky was once asked: What if a candidate is good on government programs and good for Israel but bad on moral issues, while his opponent is totally insensitive to Israel and won’t give one penny in extra programs to the Jewish community but is good on moral issues? He answered: You’re not giving a severe enough case. Even if the candidate is downright anti-Semitic – we’re not talking about if he’s going to kill Jews – you have to vote for the person who is pro-morality. He said this to Rabbi Dovid Eidensohn of Monsey.

Is that why you helped Patrick Buchanan’s campaign in 1996?

Yes, exactly. He was championing moral values and eventually inserted these values into the Republican platform. I went to Rabbi Avigdor Miller and told him that people say Buchanan is an anti-Semite and will make problems for Jews if he gets in. He said, “Nonsense, full steam ahead.”

Some media reported that you want to start an Orthodox Tea Party. Is this something you realistically plan on doing?

What I meant was that just as the Tea Party has been tremendously successful by displaying a steadfastness on mostly economic issues, we Orthodox Jews [can similarly be successful if] we prioritize the morality issue. Imagine if we all stood united and said we’re going to demand prioritizing morality. Imagine the kiddush Hashem that would resonate throughout the world.

In light of what you’re saying, and in light of the fact that Jews are supposed to be a light unto the nations, why haven’t Orthodox Jews been more vocal in America’s culture wars?

At some point early on – maybe in the 1950s or ’60s – there was some sort of meeting at which rabbis were informed that they could be eligible for government funding for their yeshivas and institutions. But what started off as a pleasurable experience soon turned into an addiction. The politicians became the drug dealers and we became addicted to their finances. The price we paid is that we turned away from our Torah morality values, and today we continue to smile at the very politicians who are poisoning the cultural wellsprings our kids drink from. 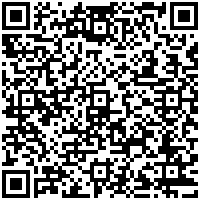