In general, should the U.S. “tilt” towards Israel in disputes with its neighbors? What is the basis for your position?

Israel’s status as our most robust ally in the world, and the important Middle

Eastern region, is grounded in over 60 years of shared struggle and mutual interest. Our presumptive and strongly supportive posture toward Israel in its disputes with its neighbors should remain an important part of American foreign policy.

Is Israel treated fairly in the UN and its affiliated agencies? Generally, Should the United States support Israel when it is attacked in the UN and other international organizations?

I agree with the current U.S. diplomatic position to support Israel in the United Nations and other international forums. Israel has been subjected to unfair attacks in the UN and I strongly support efforts by the United States to continue to come to Israel’s defense within that body. The United States should continue to exercise its veto in the UN Security Council whenever doing so would protect the safety and security of Israel.

Do you believe, as does President Obama, that the 1967 borders, with “swaps,” should be the starting point for negotiations between Israel and the Palestinians on final borders? Why?

A consistent United States position that both sides must make compromises with which they are uncomfortable in order to bring about a meaningful and lasting peace is appropriate. However, the Administration must also make sure to balance its position regarding the starting points for negotiations with realities of Israel’s security situation and the tough neighborhood in which it resides. The discussion concerning borders must be addressed in concert with other matters related to Israel’s relations with its neighbors and the Palestinians. With the turmoil in Syria being just the most recent of the unstable situations in the region, the safety of the Israeli people must be paramount in determining the starting point for any negotiations.

For these reasons, I disagree with the use of the 1967 borders as a rigid starting point for negotiations.

Should Israel commit, in advance of negotiations, to the release of Palestinians whom it has jailed for violence committed against Israelis?

First, it is essential that Palestinian authorities recognize Israel’s right to exist as a Jewish state, a fact that the United Nations formally acknowledged in 1948 and the United States has reaffirmed on many occasions. Indeed, good faith negotiations can only occur if each party recognizes the other’s legitimacy and right to exist.

The release of prisoners is a matter best reserved for negotiations rather than serving as a precondition to starting those negotiations.

Should American policy favor Israel’s retaining the major Jewish population centers in settlements in the West Bank? Why?

Yes. Any dismantling of what in many cases have essentially become small cities is neither practical nor desirable.

Do you believe American policy should be to support Israel retaining all of Jerusalem as its undivided capital? Why?

I believe that American policy should recognize Jerusalem as Israel’s capital.

However, we should also help bring about a resolution that deeply respects the ethnic, religious and geographic divisions that have existed for thousands of years within a city that is so holy to adherents of three different religions. Do you believe that parochial school students and their parents are entitled to the same assistance for the secular portion of their education as public school students and their parents?

Secular education in parochial schools can be supported through the creative use of tax code, as stated below.

What is your position on tuition vouchers generally? Tuition Tax credits?

I strongly support the use of tuition tax credits to help ease a significant financial burden on parents who choose a religious education as most appropriate for their children. As a lifetime member of the Cornerstone Baptist Church, the importance of a religious education is something that I understand based on deep, personal experience. The Free Exercise Clause of the First Amendment as consistently interpreted by the U.S. Supreme Court should permit use of the tax code in the area of religious education. 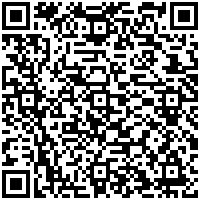