If you asked someone to outline the profile of a director making a film on The New York Times’s coverage of the Holocaust, “non-Jewish,” “college student,” and “South Carolina native” would probably not be the first descriptors he would use. Yet, they perfectly fit the profile of Emily Harrold, a 21-year-old senior who is currently completing “Reporting on the Times,” a film inspired by Laurel Leff’s 2005 book, Buried by the Times: The Holocaust and America’s Most Important Newspaper.

Working together with 20 fellow students at New York University’s Tisch School of the Arts, Harrold hopes to finish the documentary by the fall and then submit it to various Jewish and documentary film festivals nationwide.


The Jewish Press: What inspired you to make this film?

Harrold: Well, I sort of fell into it. I was in a class about minorities that were persecuted during the Holocaust, and my professor mentioned, really offhand, that the U.S. government knew about the concentration camps as early as 1942. I latched onto that because it was really unbelievable that the government could know about something as terrible as the Holocaust and decide not to do anything about it.

So that germinated in my mind for a couple of months. I did a bit of research, came across the book Buried by the Times by Laurel Leff…and it just evolved from there.

Most people who work on Holocaust research are Jewish. You, and a great deal of your team at NYU, though, are not.

The thing that really struck me was this alternate understanding of history that I had never learned. The Holocaust – regardless of whether you’re Jewish or not – is a really big part of history, and my understanding of the American involvement was that we were the great liberators and knew nothing about the Holocaust until 1945 when the camps were liberated. But that wasn’t the case, and it’s unbelievable that most people don’t know that.

Your documentary argues that The New York Times underreported the Holocaust. And yet, the newspaper ran over 1,000 articles on it during World War II. How do you square those two facts?

Well, of those 1,000 articles, less than a dozen were on the front page, and in even more instances, they didn’t have titles. So, for example, an article on July 29, 1942 reports on the liquidation of the Warsaw ghetto – which was a very big deal – but it’s on page 7 on the very bottom of the page with no headline. So if you’re an average reader in the 1940s, the likelihood that you’re going to see this story is very, very small.

In your film’s trailer, a woman asks, “Would placing those articles on the front page…with strong titles [have] change[d] the course of history?” Would it? And if not, does the Times deserve the opprobrium that’s been leveled at it?

That’s what historians call “what if history.” We’re never going to know, but we could always ask. Would it have made a difference? Well, it probably would’ve. The New York Times was one of those go-to papers. Roosevelt read it every morning, and he used papers like the Times to sense how society was feeling about different events.

But then again, the U.S. government and U.S. society were really anti-Semitic at the time. Also, they were really focused on the war; they had brothers and sons fighting.

Some people argue that it’s not a great moral failing for non-Jewish Americans to have focused on a brother or son fighting overseas rather than a persecuted European Jew they never met.

I don’t know if I can make that call. … To a certain extent there’s almost no good answer.

It’s not uncommon for Jews to have heard that the New York Times underreported the Holocaust. You interestingly point out, though, in an interview with the JTA, that the Times was hardly the only newspaper to do this.

The New York Times was definitely not alone, but I’m looking at the Times because it was such a prominent newspaper and also because it was owned by a Jewish family – so you would think they would’ve been sensitive to the issue.

What do you, in fact, make of Arthur Hays Sulzberger, who was the publisher of the newspaper at the time? Why, as a Jew, didn’t he give the Holocaust greater coverage?

Both he, and the publisher before him, Adolph Ochs, were anti-Zionist. They really believed that they should be seen as Americans, not as Jews, and tried distancing themselves from issues that would be seen as specifically Jewish. 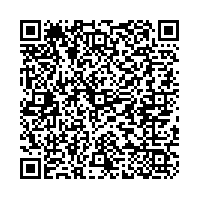