Editor’s note: Tzvi Fishman, The Jewish Press’s Israel correspondent, is taking a hiatus from the paper for 6-12 months. We have two articles he has already submitted to us that are waiting to be published. After that, his reporting will be absent from these pages for a while.

In advance of his temporary departure, Mr. Fishman asked us if he could interview himself about a biography he co-authored on Rav Avraham Yitzhak Kook and his son Rav Tzvi Yehuda in honor of Yom HaAtzma’ut. The idea is a bit out of the box, but we thought our readers would enjoy it, so we gave him our assent. The interview – Fishman interviewing Fishman – follows below:

Why are you leaving The Jewish Press?

I wouldn’t say I’m leaving. Call it a sabbatical year to work on a few writing projects.

I can’t seem to leave The Jewish Press. I began writing for the newspaper 40 years ago. For me, The Jewish Press is like the foot of a pencil compass, which allows my pencil to wander but always brings me back.

The first time I put on a kippah in public was when I first visited the old Jewish Press building, thinking it was a holy place. Because of its widespread dissemination of Torah and its appreciation of the holy State of Israel, it certainly is.

The State of Israel is holy? Where did you get that idea? Don’t you read in newspapers about the de-Judaizing of Israel thanks to anti-Jewish edicts of the Supreme Court?

Since we’re celebrating Yom HaAtzma’ut this week, let me try to explain:

Years after his term as chief rabbi, the respected Torah scholar Rabbi Ovadia Yosef was asked if Hallel should be recited on Israel’s Independence Day with a blessing in accordance with the directive of Israel’s Chief Rabbinate.

He replied that if a person didn’t want to recite Hallel with a blessing, he should certainly say some Psalms of praise thanking Hashem for giving us the State of Israel – if only because it has provided a refuge for millions of Jews. That in itself makes it holy.

America has also provided a refuge for millions of Jews. Does that make America holy?

Halachically, the lands of the nations are considered impure. While America did provide a refuge for myriads of Jewish immigrants, it has unfortunately turned into a massive Jewish graveyard, owing to the ever-increasing rate of intermarriage and assimilation.

You are about to publish a biography of Rav Kook. What did he say about the State of Israel?

Actually, the book, Like Father, Like Son – which I’m co-authoring with Rav Shlomo Aviner – is about the life and teachings of Rav Kook and his only son, Rav Tzvi Yehuda, who was an outstanding Torah scholar himself and the spiritual father of the settlement movement, Gush Emunim, which his students started after the Six-Day War.

The father and son were like one great soul which Hashem divided over two generations to illuminate their eras with “a new light on Zion” as Am Yisrael began to return to Eretz Yisrael to re-establish Jewish sovereignty over the land.

Rav Kook himself passed away 13 years before the founding of the state. However, regarding the future Jewish state, he wrote: “The Jewish state that will arise will be Hashem’s throne in the world, whose ultimate goal is to insure that ‘the L-rd will be one, and His name will be one.’”

His son, Rav Tzvi Yehuda, who became head of the Mercaz HaRav Yeshiva after his father died and who saw himself as being the direct continuation of his father’s teachings, explained:

“The intrinsic holiness and value of the State of Israel is not dependent on the number of Orthodox Jews who live here. Of course, our aspiration is that all of our people will embrace the Torah and its mitzvot. However, the statehood of Israel is holy whatever religious level it has.

“The Torah gadol, the Ramban, decreed that the commandment to settle the Land of Israel is one of the 613 commandments of the Torah…. He based his ruling on the language of the verse, ‘And you shall dispossess the inhabitants of the Land and dwell in it’ (Bamidbar 33:53), which is stated in the language of a command.

“We are enjoined to fulfill two tasks: first, to possess the land through conquest; and second, to dwell in the land. This is clearly meant in a national sense, for everyone understands that ruling a land means the establishment of a state in that land.

“It’s true that there are shortcomings and matters that have to be corrected. We don’t hide our eyes from the things that need to be improved. This is not to be questioned. Rather, we expect through our establishing new Torah settlements and new yeshivot throughout the land that as the years pass, these matters will undergo a broad and thorough clarification which will bring people to a greater yearning to align their lives with the Torah.”

What was Rav Tzvi Yehuda’s attitude toward Yom HaAtzma’ut?

Rav Aviner recalls that Rav Tzvi Yehuda would always eagerly attend the military parade that used to be held in Jerusalem. Even when the rosh yeshiva was more than 70 years old, he still stood for many hours in the sun during the parade.

When students brought him a chair, he refused to sit because he wanted to be with the people who stood along the route of the parade. He even entered a nearby beit midrash and urged the students who were learning to go to the parade and to see what he called “this great sanctification of Hashem’s name.”

He would take interest in every vehicle and weapon that passed and remark, “Praiseworthy is the nation for whom this is so, praiseworthy is the nation whose G-d is Hashem” (Tehillim 144:15). Every year, the Mercaz HaRav Yeshiva celebrated Independence Day with a large party to which Rav Tzvi Yehuda invited the spiritual, political, and military leaders of the country.

In one of his speeches, he said, “It must be remembered that our statehood does not start from Ben-Gurion’s proclamation of independence in the Tel Aviv Museum. Rather, the state evolves from the holy words of the Torah and from the halachic clarification of the Ramban that we are commanded by the Torah to possess and dwell in this land.

“The secularism which dominates the present form of government does not lessen the essential kedushah of the state. In the Gemara, our Sages explain that all of the material used in building the Temple became sanctified only after it was set into place. We build with the secular and sanctify afterward.

“This was because our Sages realized that during the construction, workers would sit in the shade of the building to rest from the sun and thus improperly benefit from something that had been dedicated exclusively for the Sanctuary. The Beit HaMikdash was built in this fashion, and this is the way the redemption of Israel develops – in gradual stages, little by little [Jerusalem Talmud, Berachot, 1:1].

“Just as the stones used in building the Temple were not immediately sanctified, so too, the building of Eretz Yisrael is accomplished by every segment of the nation – by the righteous and by the less righteous. We build with the profane, even though this causes complications, and, little by little, all of the various problems will vanish and the sanctification of Hashem will appear in more and more light.”

What did Rav Tzvi Yehuda say about David Ben-Gurion?

Rav Tzvi Yehuda spoke sharply against Ben Gurion for boasting that he lived with a woman without having performed the customary Jewish procedures of chuppah and kiddushin. But Rav Tzvi Yehuda said that as long as Ben-Gurion was the prime minister, he did not speak out against him since he was bound by the Torah obligation to honor the leader of Israel. Only after Ben-Gurion left his position did the rosh yeshiva criticize him harshly.

When Rav Tzvi Yehuda was asked if one should stand for the siren at the time of the death of Ben Gurion, he responded: “This is connected to the state, and the state is the fulfillment of a positive Torah commandment; therefore, one should stand. Even though Ben-Gurion was a heretic, he nonetheless has the merit of developing the Negev.”

What was his attitude toward Theodor Herzl?

Like his father before him, he greatly valued Herzl’s mesirat nefesh for the Jewish people and his prodigious accomplishments in helping to make the State of Israel a reality.

Rav Tzvi Yehuda lived in a small modest apartment in the charedi neighborhood of Geula, not far from Meah Sha’arim. In the room in his home where he gave classes, there was a picture on the wall of Herzl along with pictures of his father and other great rabbis such as the Vilna Gaon and the Baal HaTanya.

A student once asked for an explanation, and Rav Tzvi Yehuda gave an entire class on the fact that Herzl was the shliach of the Master of the Universe, sent into this world with the holy task of returning the scattered exiles to Zion in our time, whether we like the fact or not.

When a certain neighbor would come to HaRav Tzvi Yehuda’s house, he would flip over the picture of Herzl. Rav Tzvi Yehuda once caught him in the act and asked him: “Why are you doing this? Doesn’t he have all five corners of his beard according to the Torah?” implying that his blanket condemnation of Herzl was out of place.

Did Rav Tzvi Yehuda encourage his students to serve in the army?

He encouraged students to learn day and night and to postpone their army obligation until they had acquired a solid foundation in Torah.

In the eyes of Rav Tzvi Yehuda, even the uniform of the IDF is holy. He said it has the unquestionable holiness of being an accessory to a mitzvah: the Torah commandment to conquer the Land of Israel and to keep it under Jewish sovereignty. From his perspective, all of the tanks in Tzahal were holy as well.

A reporter once asked him: “If the honorable rabbi teaches that the IDF is holy, why don’t you close the yeshiva and send everyone to serve in the army?” Rav Tzvi Yehuda responded, “The army is holy; the Torah is holy of holies.” 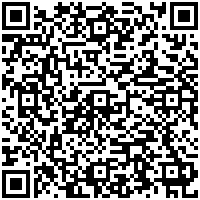