Home InDepth Learning To Play A Sacred New Song
Share on Facebook
Tweet on Twitter
The conductor gazed down at the orchestra, waved his baton and the stirring sounds of Grieg’s “Triumphal March” began to fill the air. As Max Beker guided the bow over the strings of his violin, Fania Durmashkin’s fingers moved expertly across the piano keys. But on May 27, 1945 these accomplished musicians from Vilna, Lithuania, who had contributed so much to the classical and Yiddish musical traditions of their culturally rich city, weren’t performing in the rarified atmosphere of the Vilna Concert Hall. Today they were playing the familiar melodies of home, recalling the life they had lived before the world descended into madness, on a makeshift stage erected on the grounds of the St. Ottilien Monastery in Bavaria, Germany.

Seated among the hungry, the sick, and the broken, who had gathered for a concert by survivors for survivors to commemorate their liberation, was Robert Hilliard, a 19-year-old American GI who was stationed on an army base located a few miles from the St. Ottilien Displaced Persons’ Camp. As the editor of the base newspaper, he had come to the Liberation Concert in pursuit of an interesting story. Little did he realize on that fateful day, that he would become a vital link in a miraculous chain of events that would ultimately span over 60 years.

Hilliard described the performance as “A liberation concert at which most of the liberated people were too weak to stand. A liberation concert at which most of the people still could not believe they were free…. A concert of life and a concert of deathThe movements and faces of the musicians were cramped, tight, fearfulas if they momentarily expected guns and clubs to tear apart what, after so many years, must have felt to them like only a dream. When the concert ended many people were crying, few more openly than I.”

But Hilliard did more than just cry. Overwhelmed by the misery he had just witnessed he returned to the base determined to correct the abysmal conditions in the DP camp. He enlisted the help of a fellow GI, E. Edward Herman and together, they devised a plan that not only alleviated the suffering of survivors at St. Ottilien but eventually succeeded in changing the U.S. military’s policy toward all of the DP camps. The details of their courageous efforts are revealed in Hilliard’s memoir, Surviving The Americans: The Continued Struggle of the Jews After Liberation.

Although they had left Germany by the time that I was born in the DP Camp, I finally met these two men who had made such a major impact on the lives of survivors when they reunited with St. Ottilien alumni in the year 2000. Footage of the emotional reunion was included by John Michalczyk, co-director of the Film Studies Program at Boston College, in his award winning documentary, “Displaced: Miracle at St. Ottilien,” which was based on Hilliard’s book.

It is at this point that the past and the present converge – when paths cross, lives intersect and fate reveals its guiding hand. While Sonia Beker was doing research for a book she was writing to honor the memory of her parents, Max Beker and Fania Durmashkin, the Vilna musicians who met at the St. Ottilien DP camp, she learned of the existence of the documentary. This discovery led her directly to former GI, E. Edward Herman, who immediately recognized the need for a sequel based on the wealth of material in Sonia’s newly published book, Symphony on Fire: A Story of Music and Spiritual Resistance During the Holocaust available from Amazon.com.

In her profoundly moving memoir, Sonia Beker chronicles the lives of her parents from their musical beginnings in Vilna, their incarceration in the Vilna ghetto, the concentration, labor and Nazi POW camps, their meeting at the St. Ottilien DP camp and finally, the new life they built together in America. Rich in personal photographs, letters and documents, she paints an intimate and loving portrait of both the Durmashkin and the Beker musical family dynasties against the historical backdrop of the thriving Jewish community of Vilna.

Sonia writes of her parents: “When the Holocaust destroyed their nurturing, loving families and came close to destroying them as well, music was their passport to survival and transcendenceThey performed as members of a Jewish orchestra for the Nuremberg tribunal, for David Ben Gurion and Golda Meir, and for DP camp inmates throughout Bavaria. Their reputation was such that, when Leonard Bernstein learned of the remarkable Jewish survivor orchestra who performed in their striped concentration camp uniforms, he was inspired to conduct them.” Sonia’s aunt, her mother’s only surviving relative, Henny Durmashkin, a talented singer who was also a member of the orchestra, was personally accompanied by Bernstein on the piano as she performed songs in Hebrew to honor the newly founded state of Israel.

Symphony on Fire is a valuable addition to the expanding library of books on the Holocaust, detailing both the horror and the heroism. As Sonia Beker notes, “our survivors are slowly leaving us and, just as I’d feared, with their departures, the conscience of the world is dimming. New and bizarre international atrocities and accusations against the Jews fill the news. As a result, there cannot be enough of these memoirs in print or in the electronic media to touch the minds and hearts of everyone who will read and absorb the lessons from the past.”

The remarkable story of the St. Ottilien Orchestra, who toured throughout war-torn Europe giving hope and inspiration to survivors like themselves, might have been relegated to a mere footnote in history. But through the efforts of Sonia Beker, Henny Durmashkin’s daughter, Rita Lerner, E. Edward Herman, and filmmakers John Michalczyk and Ronald Marsh, the documentary, “Creating Harmony: The Displaced Persons’ Orchestra at St. Ottilien” celebrates the resilient, courageous and determined nation that not only rose like a phoenix out of the ashes but learned to play a magnificent new song.

When the documentary had its world premiere in New York on June 10, 2007 at the Museum of Jewish Heritage – A Living Memorial To The Holocaust, the audience was visibly moved by the heroic story of the Jewish musicians who created music that was truly sacred. Each time the members of the St. Ottilien Orchestra reunited with their violins, their clarinets and their cellos they not only healed their wounded bodies and souls but they also reaffirmed the spiritual harmony of creation.


Helen Zegerman Schwimmer is the author of “Like The Stars of the Heavens” to be published the summer of 2007. She can be contacted at: hzs8@aol.com. 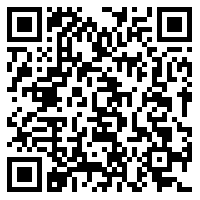