Kudos to Jason Maoz for his wonderful Oct. 27 front-page essay “A Voice to Make Men Weep,” about Chazzan Moshe Koussevitzky, a”h. The article brought back memories going back more than 50 years when I and a group of friends would attend Temple Beth El in Boro Park on Shabbos Mevorchim, staying until one or two o’clock in the afternoon to listen to one of the greatest voices of the 20th century.

My grandfather, Samuel Marinbach, zt”l, was one of the founders of that shul in the early 1920’s. For a short while I even sang as an alto in the Ben Friedman choir until my voice changed. I remember the chills running down the spine, the flushing, the rapid heartbeats that occurred when Moshe would hit the high C. The windows would rattle, and the voice carried nearly a block away.

Despite the fact that Moshe’s voice was recorded on low-tech, monophonic sound, the clarity, the power and the sweetness have been preserved until this day.

My wife and I attended the meeting in Czestochowa that Shmuel Ben Eliezer reported on in his Po-Lin columns of Oct. 20 and 27. The material he presented represents only a small fraction of his knowledge and understanding of the places and people covered.
While in Czestochowa, when I found out who he was, I started asking Shmuel questions after davening or in the sukkah. After checking out some facts, I realized I had encountered an encyclopedic authority. He was also very kind to escort us on a walking tour of the Warsaw Ghetto area (the past) and a verbal tour through the maze of institutions and personalities that currently exist in Warsaw (the present).
I hope it is as satisfying to your readers as it was to me to learn that this reporter is deeply familiar with his topic and not merely a superficial observer.

Scarsdale, NY
Pollard’s Bad Fortune
The editorial “Jonathan Pollard Revisited” (Oct. 20) got me thinking about an issue that seems to lurk just beneath Pollard’s personal plight. As you noted, Ronald Montaperto got three months for passing “highly classified” information to Chinese military intelligence officers while Pollard got a life term for passing along to Israel classified information about Russian arm shipments to Syria.
We, the public, are not aware of precisely what information was stolen by Montaperto and Pollard, nor do we know the true costs to U.S. interests in either case. And we certainly do not know the sentencing standards that might account for the great disparity in the sentences.
What we do know is that future potential spies for Israel will surely not be any less deterred by the prospect of, say, a ten-year sentence than they would by a life term. (And had Pollard been released ten years ago, would the interests of the United States have somehow been compromised?) But of what possible deterrence is a three-month sentence?
It becomes more apparent with each passing year that Pollard was frightfully unlucky that his arrest and sentencing occurred while a man like Caspar Weinberger was this country’s secretary of defense.

Re “Hooked Up and Waiting For My Angel” (op-ed, Nov. 3):
Over half the 93,000 Americans on the national transplant waiting list will die before they get a transplant. Most of these deaths are needless. Americans bury or cremate about 20,000 transplantable organs every year. Over 6,000 of our neighbors suffer and die needlessly every year as a result.
There is a simple way to put a big dent in the organ shortage – give organs first to people who have agreed to donate their own organs when they die. This will convince more people to register as organ donors. It will also make the organ allocation system fairer. People who aren’t willing to share the gift of life should go to the back of the waiting list as long as there is a shortage of organs.
LifeSharers is a non-profit network of organ donors who agree to offer their organs first to other organ donors when they die. They do this through a form of directed donation that is legal in all 50 states and under federal law. Anyone can join for free at www.lifesharers.org  or by calling 1-888-ORGAN88. LifeSharers has 6,277 members, including 289 members in New York. More than 600 of our members are minor children enrolled by their parents. 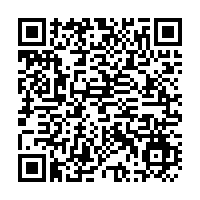