Home Food Kashrut Scene Kosher Cook-Off
Share on Facebook
Tweet on Twitter
What do a young chassidishe woman from Williamsburg, a Modern Orthodox mom from the Upper West Side and a non-Jewish mother of three from Connecticut all have in common? They were just a few of the semi-finalists in the first annual “Simply Manischewitz” cook-off.
The contest was launched in May, 2006 and sponsored by Manischewitz, Cooking Light Magazine and General Electric. The purpose was to highlight that anyone could produce delicious meals using simple and user-friendly kosher ingredients. I spent a very enjoyable afternoon at the semi-trials, and the food was good. All in all, the event was a success.
According to Stacey Bender of Bender Hammerling Group, the contest garnered over 1,500 recipe submissions. Thirty semi-finalists had to be chosen from this pool. This is difficult in any recipe contest; judges must shift through a myriad of recipes “blind” (without benefit of taste or presentation).
However, in a contest where the focus was on kosher, the task was even more daunting. All recipes had to undergo two separate screening processes. The initial screening was to weed out recipes containing non-kosher ingredients; those comprised of meat and dairy; and those that combined fish and meat. It was only then that a panel of judges could get down to the “meat and potatoes.”
Each recipe required four components:

1) Use of at least one Manischewitz product

4) Time of preparation (one hour maximum for prep and cooking)
From a technical perspective, the most complex task was assigned to Rabbi Yaakov Horowitz, Rabbi Yonah Hayum and their staff of mashgichim (kosher supervisors). They had to oversee the logistics involved in the setup of the locations for the cook-off and the arrangements of the appliances and utensils. From toiveling (immersing in water) every utensil, to marking every oven, to the purchase of all ingredients for the semi-finalists, they checked every detail to ensure that the highest standards of kashrus were adhered to.

Rabbi Yonah Hayum, Rabbi Yaakov Horowitz
Dairy ingredients were Chalav Yisrael and the meat glatt with a universally-respected hashgachah. The ovens and utensils used for the dairy and meat recipes, respectively, were placed on opposite sides of the room – with the parve dishes placed between the two. Rabbi Hayum turned on the ovens and personally marked each utensil, dish and pot: meat, dairy or parve after its initial use.
The first round of semi-final trials was held on October 26 at the Hilton Newark Airport in Elizabeth, New Jersey. The feeling in the room was electric – the contestants getting their stations ready, their families walking around to check out the competition and everyone partaking of the delicious cake and fruit buffet.
At about 11:30 a.m., after a presentation from the mayor’s office, the call came, “Contestants begin!” For the next hour the focus was on watching each of the 10 women prepare their dishes. The seven judges walked from station to station watching the preparations and speaking to the women while they worked. And the smells! From Jambalaya and Orange Glazed Chicken on one side to Passover French Onion Tart and Creamy Tomato Egg Noodle Soup on the other, the room smelled heavenly. For me, waiting to taste was the most difficult part of the day.
At the end of the hour the tasting began. While I (and my grandmother who came with me) was neither sponsor nor judge, I did have the opportunity to taste a number of the dishes. It was a delightful experience – the tastes, colors and textures were a joy; I truly don’t know how the judges were able to make a choice. But they did.
Two finalists were chosen: Rayzel Yaish’s (Bergenfield, N.J.) Middle Eastern Falafel Stuffed Peppers (which she choose to show that Manischewitz products can be used in Yemenite cooking) and Sharon Ricci’s (Mendon, Conn.) Matzah Brunch Bake (which she chose because she had made it for Passover and it was a hit.)

Sharon Ricci, Rayzel Yaish, regional finalists
Rayzel and Sharon will compete against four other contestants (still to be chosen from Florida and California) on February 1, 2007 in New York City. And I am looking forward to being there and tasting all of the delicious dishes.
Matzo Brunch Bake

Filling: Mix falafel mix with enough water to make a paste. Brown meat and falafel pasta separately in a frying pan with 1 tablespoon of oil each. Falafel should be cooled until crumbly. Meat should be drained. Set cooked meat and falafel aside.

Saut? onions, garlic, and basil together in frying pan with 3rd tablespoon oil. Add meat and falafel and mix together. Set aside.

Prepare bell peppers: Cut tops of peppers, remove seeds and cut a design in top of peppers (You can skew peppers together with wooden skewers to help them not fall apart in oven). After peppers are secure stuff them with filling. Place the 4 peppers in a baking dish that is filled with 1 jar Manischewitz Mushroom Pasta Sauce. In an 8″ x 8″ pan, Sauce should be about 1 1/2″ deep. Cook for 25 minutes at 350 degrees or until veggies are softened but still slightly crunchy.
Advertisement 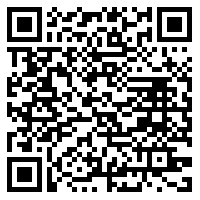