Your May 27 front-page photo of a copy of the Eiffel Tower being built on Jaffa Road in Jerusalem made me think of the Synagogue des Tournelles, the second largest in Paris, led by my father, Rabbi Dr. David Feuerwerker, from 1948 to 1960.

History has shown that allowing other countries to prescribe for Israel their view of the appropriate course to peace is a prescription for failure. Anything other than face-to-face discussions between Israel and the Palestinians cannot work because it permits Mahmoud Abbas and his Palestinian cohorts to live in a fantasy world in which other countries’ ideas and political interests act as a buffer between them and Israel.

The Palestinians must be made to understand that Israel’s repeated successes in beating back Arab genocidal wars of aggression and forcefully countering continuing Palestinian terror has established a new reality for Israel as to its security needs.

Re Dr. Michael Salamon’s May 13 op-ed article “Whatever Happened to Ethics and Menschlichkeit?”:

On a recent Shabbos I was a guest at a shul whose rabbi seemed to be intelligent, sensitive, spiritual, etc. – until he got to the part of his speech where he began to rant about how “we [Jews] are not like goyim, chas v’chalila!” One could almost see the shudder run through his body as he said the word “goyim.” Talk about an utter lack of menschlichkeit!

I wanted to stand up and shout: I know a lot of non-Jews whom I would much quicker trust with my money, my family’s well-being, etc., than I would all too many frum Jews whose “religion” seems to consist of mouthing empty platitudes while trying to impress people with fancy tefillin and talleisim, outrageously high-priced sheitels, obscenely expensive Shabbos and Yom Tov cutlery, and all manner of outwardly impressive but spiritually meaningless “Jewish-themed” baubles, trinkets, and ritual objects.

And don’t even get me started on the illegal and/or unethical financial shenanigans that have plagued our community for years now. How dare any rabbi, any Jew, cast aspersions on 99.9 percent of human beings simply because they were not born Jewish?

No American in recent years has commanded the attention of the American people in the way that Donald Trump has. Love him or hate him, he is the elephant in everyone’s room.

I like him. That doesn’t mean I agree with every statement or pronouncement, but I do agree with the majority of them. I wholeheartedly support “the wall” on the Southern border and completely agree with the concept of a fine-comb screening of Muslim refugees, particularly those from Syria.

Who among us is so bold (so liberal) that they would, in good conscience, open the borders and “hope for the best”? Is that rational? Is that sane? Comparisons to refugees from Hitler-occupied Europe are disingenuous and make no sense. Trump is totally correct when he states, “We either have a country or we don’t.” Borders are the defining points of any country.

Only Hashem knows the future, but at this time in our nation’s history, I trust Trump with the future of both America and Israel. 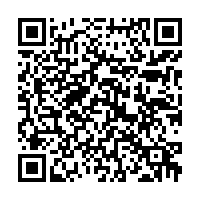