The European Union over the past few years has been erecting illegal structures in Area C, which according to the Oslo agreement is under Israeli control. After several rightwing NGOs have complained, the IDF set out to demolish some of those structures. By rights, they should have taken all of them down, what with their being built without a permit. Israeli media publicized the demolition of those structures, some of which actually flew the EU flag — like those mythical cat burglars who leave their personal business card in the open safe. But last week the EU chutzpah has reached unprecedented highs when Lars Faaborg-Andersen, the Danish diplomat who since 2013 has been the ambassador of the European Union to Jerusalem, met with Coordinator of Government Activities in the Territories Gen. Yoav Mordechai, to warn him that if Israel keeps demolishing those “Palestinian homes” it would damage relations with Brussels.

According to a senior Israeli official who spoke to Ha’aretz, the meeting was tense and loaded. The ambassador accused Israel of hurting the “weakest Palestinian populations.” What the senior official did not share was that those structures are a means by which the EU has been challenging Israel’s claim to sovereignty in Area C (the PA is currently in charge in Areas A and B). It has to do with the diametrically opposed views of Israel and the EU of what constitutes the “two-state solution.”


Essentially, the Israeli politicians who are now in government, as well as more than a few in the opposition, envision a future peace deal that turns Areas A and B into an independent Palestinian entity, either as a state or an autonomy. The same Israeli leaders envision some permanent legal solution for the upwards of 400 thousand Jews living in Judea and Samaria, all of them in Area C, most likely with Israel annexing the large settlement clusters and giving away the rest of the land.

Virtually no one outside Israel supports this idea at the moment. Even Israel’s best friends in the world envision the ousting of the Jews from Area C, possibly while allowing Israel to retain eastern Jerusalem. How would that actually be done—no one cares to say, nor where would Israel gather the tens of billions of dollars required for such a move, never mind whether the settler population would acquiesce or opt instead for resistance that would make the traumatic evacuation of 8,000 Jews from Gaza’s Gush Katif look like a picnic. Meanwhile, while Area C in Israel’s view is eventually going to be annexed as part of a peace deal — to the Europeans Area C is Palestinian land ready to be redeemed.

Which is why the EU has been relentless at challenging Israel’s claim to Area C. And it’s why they’ve come up with the delusional notion that taking down 531 illegal Arab structures in 2015, 75 of which had been built by the EU, was damaging the two-state solution. Because the two-state solution the Europeans envision is without any Jews in Area C.

For the same reason, Ambassador Faaborg-Andersen was complaining that Israel is quick to condemn and demolish those illegal structures, but at the same time refuses to give Arabs permits to build legally in Area C. Because while the Arabs view Area C as soon to be part of free Palestine, Israelis plan to keep most of it, thank you very much.

There’s going to be another meeting with the EU envoy, on June 15, this time at the Israeli foreign ministry. The Europeans are going to demand a freeze on demolishing Arab structures in Area C, while at the same time also demanding a freeze on Jewish construction in the same Area C. And at some point something will have to give. 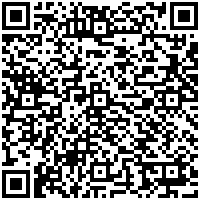