Claude Bensimon, a French born and trained confectioner and baker who today serves as the Pastry Chef at the Waldorf Astoria Jerusalem has revealed his unique twist on one of the world’s most famous cakes, the Red Velvet.  Taking its name from the deep rich color of the pastry, the Red Velvet has been a staple on menus of Waldorf Astoria hotels around the world.

Adapting the cake for the kosher market served as a unique opportunity for Bensimon who described it as an “ultimate cheese cake.” While he concedes that the cake can be prepared parve, the cream cheese filling is what makes it unique.  In advance of the Shavuot holiday, Bensimon presented a workshop at the landmark Jerusalem hotel dedicated to the design of his masterpiece.


A second generation pastry chef, Bensimon was trained in the bakeshops and pastry kitchens of Paris including time at the Michelin-rated Taillevent restaurant, as well as working under famed pastry designer Jacques Genin. In 2001 he fulfilled his long-time dream of moving to Israel and in 2013 joined the Waldorf Astoria Jerusalem as head Pastry Chef.

“The Red Velvet is a cake that requires both patience and skill, but is well worth the effort because it has the special quality of being both visually breathtaking and combining the tastes and sensations of the very best pastries,” Bensimon said. “Take the time to prepare this cake and invest in the necessary ingredients and you will be left with a Shavuot delicacy that will have made all the effort well worthwhile.”

Please note that all ingredients are measured in metric quantities with the numbers referring to grams.  While the recipe can be adapted for the American kitchen, Chef Claude believes that precision is critical and advises using the metric measurements as much as possible.

Whip together the sugar & the eggs.  Fold in with a spatula the raspberry syrup, and add in the baking powder and oil.  Transfer to a baking tray (30cm or cupcake molds), greased with parchment paper and bake at 170 degrees Celsius for 30-40 minutes.

After the cake cools, slice in half (on the width) and frost with 1/3 of the frosting over half of the cake.  On top of the frost put the sliced cake and then put in the refrigerator for a half hour. After cooling frost the cake with the frosting and put back in the fridge.  Decorate with wild berries & strawberries or with a chocolate plaque and flower.

No Meat? No Problem! 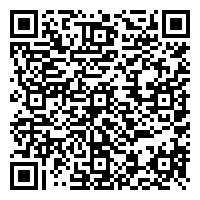