As a result of the coronavirus pandemic, people are staying home most of the day and wearing masks and gloves while outside. The flu and common cold are obviously not as bad as the coronavirus, but shouldn’t individuals take similar measures when they have these illnesses?

The WHO Lied, People Died

The World Health Organization (WHO) has been extremely mismanaged, and its lies related to the coronavirus have resulted in the deaths of thousands of people.

It’s uncertain when the pandemic began, but by the end of December it was clearly very serious. On December 30, Dr. Li Wenliang warned Chinese doctors about the virus, but local government officials accused him of lies that “severely disturbed the social order.”

On January 22nd and 23rd, a WHO emergency committee debated whether to declare Covid-19 a “public health emergency of international concern.” Making that declaration would have given warning to the rest of the world. However, China objected, so Dr. Tedros Adhanom Ghebreyesus, director-general of the WHO, held back.

Instead, he went to China. A week later, he made the declaration but unbelievably said, “The Chinese government is to be congratulated on the extraordinary measures it has taken.” Then he added, “I left in absolutely no doubt about China’s commitment to transparency.”

On January 30th, Dr. Tedros, the first WHO head who isn’t a medical doctor, said, “WHO doesn’t recommend limiting trade and movement.” Fortunately, President Trump ignored those words. The very next day, he ordered travel restrictions on China. With this move, President Trump reduced the spread of the disease in America. Democrats severely criticized him for it nonetheless, accusing him of bigotry and racism.

The WHO doesn’t deserve any American financial support until it improves greatly, and Dr. Tedros is not worthy to serve as its director-general. Lastly, given the significant American loss of life and income, the Attorney General should file suit against China for damages. If necessary, we should renege on our trillions of debt to China.

I’d like to commend Rabbi Chananya Weissman for his excellent article in the April 17 edition of the Jewish Press. The author made two important points. First, he posited that the current crisis is part of the redemptive process that will culminate in Moshiach’s arrival. All I can say to this is: “From his mouth to G-d’s ears.”

Second, he added that the plague may lead to a rapprochement between charedim in Bnei Brak and the army and police who protect the area. He’s absolutely right, and I think we should take this one step further:

As I noted in a previous letter, a prominent Litvish rabbi boycotted this year’s Siyum HaShas to protest Rabbi Herschel Schachter’s presence at the event. Instead of being ostracized, this rabbi was hailed in some charedi circles for taking a stand against Modern Orthodoxy.

As Rabbi Weissman wrote, Hashem won’t send Moshiach until He sees complete Jewish unity, and I believe this achdus must begin at the top. I suggest we take a page from the secular world’s playbook. There have been a number of free mega concerts with great recording artists joining together to lift the spirits of Americans in confinement. It’s entirely appropriate that our great rabbis – Sephardic, Askenazic, Litvish, Chassidish – unite to demonstrate that we’re all one people operating under the same banner: the Torah.

Yes, we can differ in the way we dress, speak, etc., but ultimately we’re all just pieces of one great pie. It’s time we put our differences aside and ask Hashem to make His dream, and ours, a reality by sending the righteous redeemer.

The Turn Is Complete

With Joe Biden’s acceptance of the endorsement of the frequently anti-Israel J Street, Biden has confirmed the turn of the Democratic Party toward antipathy to the Jewish state.

The next step to be expected will be the acceptance by Biden of an endorsement by the squad of four headed by Alexandria Ocasio-Cortez and containing two Muslim legislators who have expressed a strong bias against Israel.

Shame on the Media

Last month, most Americans surveyed by Gallup approved of President Trump’s coronavirus response. Hospitals, state governments, and federal agencies all earned positive reviews, too. The only people that most Americans did not trust were the news media.

Many in the media got the coronavirus story wrong from the start. They insisted that the virus posed no real threat to Americans. They joined Democrats and the World Health Organization in attacking President Trump’s early China’s travel restrictions as unnecessary, even “xenophobic.” They even parroted Chinese government propaganda to make their case.

A responsible journalist would have owned up to these failures and vowed to fix them. American journalists, however, are attempting to rewrite history instead.

While they downplayed the virus and its risks, President Trump took action. On January 31, the president declared a Public Health Emergency and restricted travel from China. On February 4, he issued an Emergency Use Authorization for Medical Devices. In March, he restricted travel from Europe and signed a historic $2.2 trillion economic relief package.

When pundits are wrong, their instinct is to divide Americans, not unite them. Real leaders, Democrat or Republican, don’t do this. They work together to get things done. Kudos therefore to Gov. Andrew Cuomo (D-NY), who highlighted his working relationship with President Trump and praised him for delivering on his promise to help New York. 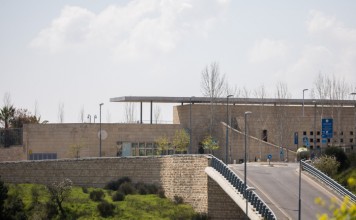 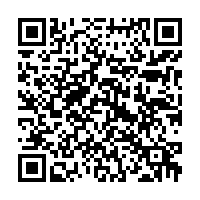