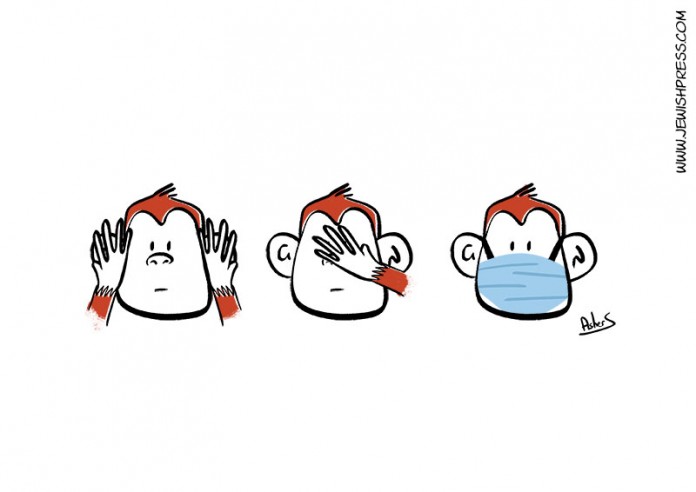 5:00 AM – The alarm clock goes off at an ungodly hour. I hit it to turn it off. It only plays Beethoven’s Fifth louder. So I hit it again and again. Then I wash my hands. I get up, put on gloves, and wash my hands. Then I open the window, look out into the darkness, remember that I got up so early to go shopping. And groan.

I put on my ski mask.

“Let’s do this,” I tell my sleeping wife in a poor imitation of Edward G. Robinson doing Al Capone.

Then I wash my hands again.

5.30 AM – I stagger groggily down an empty street. A huge poster looms overhead. “Stay at home,” a cartoon bear dressed in drag announces. “We’re in this together.”

I pass a shuttered hair salon. Mucinex has paid some illegal aliens minimum wage to paste up posters on its windows. “Listen to facts, not opinion. Don’t touch your ears. You’re safer at home.”

It’s a good thing a major corporation is paying people to leave their homes and put up posters telling everyone to stay home.

If the hair salon ever does reopen, Mucinex will not be paying to remove its smug thinly disguised ads. That will be yet another burden on another small business.

A bus passes. Unlike everything else, public transportation hasn’t been banned. Its sound system blares. “Stay home. We’re in this together.”

5:50 A.M. – I get to the local supermarket of a multinational conglomerate that shall remain nameless just as the last of the seniors are leaving with their haul of cardboard toilet paper made in Indonesia.

The line to get in crosses the entire breadth of the shopping plaza. Posters warn that no one without a mask will be allowed inside.

To promote social distancing, only one person per 1,000 store feet will be allowed inside. Outside, 40 people are lined up with hardly any distance between them.

It’s illegal to go to a synagogue or a church, but these are the new communal prayers of people crammed into a small space and hoping to be allowed inside to buy food.

And not catch something while waiting.

Finally, Blue America is discovering what life under socialism is like.

6:20 A.M – The line has hardly moved at all. I consider trying to make a minyan on the line and wonder if my religious activity will immediately be deemed non-essential and I’ll be arrested.

Fortunately, because of the ski mask, I’m given plenty of space.

I’m the only one wearing a black ski mask in Southern California and I stick out a little bit among the line full of Californians wearing colorful surgical masks as if everyone had fulfilled their mothers’ dreams and gone into medicine. The ski mask is a legacy of a trip to Chicago during a polar vortex.

It’s the only mask I own.

I’m not short of toilet paper or hand sanitizer. I’ve been preparing for the apocalypse since I was thirteen. I buy in bulk as a reflex. I have enough toilet paper to last until the election and enough hand sanitizer to be busted by the People’s Redistribution Committees going door to door to spot hoarders. Nobody’s going to be making toilet paper when we’re all living under the cannibal warlords.

But eventually the soul pines for some fresh fruit. And you can’t eat hand sanitizer. Not even if you add lemon.

6:50 A.M – Someone has passed out inside the store. Two ambulances arrive and everyone is evacuated from the store. A store employee has to pry toilet paper out of one evicted woman’s hands. Since the package was ripped, the toilet paper has to be thrown away. There are audible gasps on the line.

Thus far, coronavirus hasn’t killed anyone in a supermarket, but standing on line has probably sent someone to the hospital.

The posters on the walls of the nameless conglomerate declare, “We are all in this together.”

7:10 A.M- The line begins moving again. I can hardly see it though. Or anything at all through the mask.

Unfortunately they’re checking not only for masks, but taking temperatures, and wearing a ski mask meant for a Chicago winter in SoCal has sent my temperature rising too high.

“Sir, you can’t go in,” a morbidly obese store employee says, spitting out the ‘sir’ as if it were a poppy seed caught in her teeth.

“Your temperature’s too high. See, it’s 99,” she points one thick finger at a digital readout that actually says, “Battery low.”

“99 is within the normal human range,” I retort.

“Not for nameless multinational conglomerate,” says the line commissar, who is of that breed meant to be checking id’s and telling people that they can’t have things while making “Sir” and “Ma’am” sound like slurs.

“My temperature’s only this high because I’m wearing a ski mask. Can I take it off?” I ask.

“Take it off and we can’t let you in the store,” she snaps. “Now move along. People are waiting.”

The line behind me growls with the unfulfilled aspirations of the proletariat for toilet paper.

“I can’t get into the store because of my mask and you won’t let me in the store without it,” I follow up, trying to understand the exact logical parameters of the Catch 22.

“But the mask is my religion. I’m Muslim.”

7:15 A.M – The store is almost empty except for the produce and dairy sections which are packed.

Hungry faces look through the windows, imploring me with their wide eyes to get them some toilet paper.

A greeter at the entrance puts a jealously guarded dab of hand sanitizer on my gloves and tells me, “We’re all in this together.”

The produce section is reasonably stocked if you like diseased avocados and strawberries that were frozen during the Great Depression as part of FDR’s Great Strawberry Reserve project. The only toilet paper is some see-through stuff made from recycled copies of the Whole Earth Catalog. Not that I need any. My neighbor subscribes to the New York Times. The Times isn’t on display here, but Prepper Magazine is. I had no idea land mines and MREs were so cheap now.

Every 5 seconds, the loudspeaker blares, “We’re all in this together. And sometimes together is apart.”

People elbow past each other in the produce section. Meanwhile every synagogue and church within 50 miles has been shut down.

7.30 A.M – I only got half the things I wanted. And they’re the wrong half. But at least there’s no line for the cash register.

I head to the self-checkout line, where plexiglass barriers protect the machine and me from giving each other any diseases. An automatic sprayer hits me in the face with disinfectant and then sprays every single piece of produce I bought with toxic chemicals.

After every poisoned product is scanned and every inflated price is read off, in a smug robotic voice, the self-checkout machine proclaims, “We’re all in this together.”

7:40 A.M – I’m finally out of the nameless supermarket. I weave past a vast line of people. And they begin to cheer as they haven’t cheered for any of the “heroic health care workers”.

Has the line begun to move? No.

Then I finally realize it. I’m the only shopper leaving the supermarket with no toilet paper. I’ve left some toilet paper for the starving masses.

Tears run down my eyes at the tribute.

And then I wash my hands. 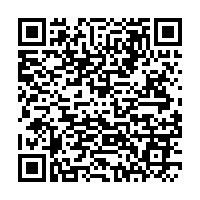