Was Michelangelo a Murderer?

In an interview with Tzvi Fishman last week, Rabbi Reuven Fierman claimed that Michelangelo murdered a beggar in fashioning his “Pieta.” Rabbi Fierman apparently bases this astonishing charge on the authority of (in his words) “Irving Stone, who wrote the most comprehensive biography of the heralded artist, The Agony and the Ecstasy.”


But of course, The Agony and the Ecstasy is nothing of the sort. It is a biographical novel, which by definition is a work of fiction, and obviously not something one should use for evidence of anything – let alone a murder charge.

If Rabbi Fierman can’t tell the difference between a biography and a biographical novel – or if he willfully blurred the distinction – it is impossible to take anything he has to say seriously.

Is Aliyah the Answer?

While I agree with Rabbi Chananya Weissman about the dangers facing us here in America (op-ed, June 26), I must object to his concluding paragraphs about aliyah – even though I’m a strong Zionist.

He writes: “You have a place to go where you will be warmly welcomed by your own people.” In fact, an unfortunately growing anti-religious community in Israel isn’t very welcoming to religious Jews at all.

Rabbi Weissman also writes that there’s “plenty of open land waiting for” anyone wishing to move to Israel. This statement is completely misleading. Yes, there’s plenty of open land all over the country, but if a Jew dares build a home on empty land in Judea or Samaria, he can expect it to be destroyed within two weeks – shockingly, not by the Arabs, but by our “welcoming” Jewish government!

Is this what we go to Zion for? Or maybe we go to watch pride parades in Jerusalem. The point is: Is it really safer to live in Jerusalem than Miami or the Five Towns – spiritually and physically?

The Right Is Shooting Itself in the Foot

Inez Stepman scored a bulls eye in her interview with Jewish Press Chief Editor Elliot Resnick last week. To make America great again, we need massive change in both academia and the media.

Before the thought police ban the movie “Gone With The Wind,” it’s worth remembering its opening scene. In it, Rhett Butler (Clark Gable) reminds overzealous young Confederates that the North will ultimately win the Civil War because they possess the railroads, the factories, and the majority of the country’s population.

All of President Trump’s achievements will be short-lived if our elementary schools, universities, newspapers, television programs, movies, news channels, and Internet platforms are owned or controlled by the left.

President Reagan, as Ms. Stepman points out, noted that one of his greatest regrets was failing to institutionalize the patriotism of the 1980s. Former Jewish Press columnist Rabbi Meir Kahane similarly noted that one of Likud’s greatest mistakes upon ascending to power in 1977 was failing to introduce Jewish values into Israel’s schools and media.

The Flag Represents So Much More

When I see the American flag burning, I recall a man named Ben Levy whom I read about in The Jewish Press several years ago. He was a soldier in the Union Army during the Civil War who witnessed the flag bearer fall in battle.

When the flag bearer fell, Ben Levy picked up the flag before it could hit the ground and moved forward. His brothers-in-arms were emboldened and, for his deed, Ben Levy later received the Congressional Medal of Honor – the first Jew to receive this prize.

So when I see the flag being destroyed, I feel pain. Burning the flag is not a First Amendment right. It’s a disgraceful act, maybe even treason.

Wherefore the Looting and Burning?

I agree completely with Rabbis Block and Parry on “The Jewish Response To Violence.” But I would take their argument one step further. It isn’t only Jews who object to looting in the face of injustice. Almost everyone else does, too.

Many Americans – certainly the media – treat the violence in the wake of George Floyd’s death as the inevitable consequence of the long history of oppression and subjugation of blacks in this country. But groups all over the world have been discriminated against and oppressed; some have even been almost totally eliminated. They often resisted, but they did not resort to rioting, looting, and burning down their own neighborhoods in protest.

Jews, for example, have endured thousands of years of oppression and slaughter in countless different countries, and while they occasionally resisted, they never burned down their own communities.

Native-Americans saw their vast homeland taken over by foreigners and were virtually wiped out. Similarly, the Irish endured horrible suffering, starvation, and oppression at the hands of the English. Neither of these groups burned down their own neighborhoods.

Burning, rioting, and looting is a uniquely American form of protest, not an established immutable law of social behavior.

In recent years, mainstream Jewish organizations have tilted markedly to the left. The George Floyd killing elicited an immediate public response from them as they called on members to express their sorrow, anger and frustration. Yet, they issue virtually no calls for rallies or demonstrations as anti-Semitism proliferates around the world.

It is completely inappropriate to lend credence to a group that seeks to defund the police and partners with groups such as Antifa and Free Palestine. One need only look at what is taking place in Seattle to understand what happens without a police force.

We live in difficult times. The forces of evil are gaining ground, and more than ever we need to confront these injustices forcefully. But Jewish groups should champion Jewish causes first and foremost. Jewish causes, not political agendas, should be their priority. 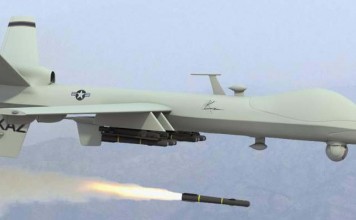