Those opposing the extension of Israeli sovereignty over parts of the Jordan Valley warn that the areas controlled by the PA are likely to erupt into widespread Palestinian violence, possibly even on the scale of a full-fledged intifada.


For over 100 years, terrorists and revolutionaries have studied why people rise up against states and state officials. Army officers and police also want an answer to this question so they can determine how to quell such uprisings.

Yet for all the interest, no one has ever determined why mass violence breaks out.

As noted by political philosopher Hannah Arendt, even professional revolutionaries who spend their days and nights trying to foment rebellions are almost always just as surprised as the targeted states when a rebellion actually breaks out.

This was the case for the 1987 intifada. The only common denominator between Israel and the PLO at the time was the surprise both sides experienced at the outbreak and spread of mass violence.

The so-called “Arab Spring” is another excellent example of how surprising these events can be.

The “Arab Spring” began when a young peddler in a peripheral town in Tunisia was fined for blocking the sidewalk with his cart, an infraction that compels pedestrians to walk around them into the street (a dangerous proposition in most third-world countries). The young peddler then immolated himself.

Not only did he burn (a terribly painful death), but so did much of Tunisia. Within four weeks, a dictator who had ruled Tunisia for over 30 years with an iron fist (albeit an able one, judging from Tunisia’s economic performance) fled for his life to Saudi Arabia.

A self-immolation led to the Tunisian revolution, but in the 40 or so self-immolations that followed in Jordan, Algeria, and Morocco, all conducted with the aim of sparking similar revolutions, none succeeded. Those people died in vain.

Why did the repetition of an act that had spurred a wave of revolutionary fervor, repeated at the height of the wave, elicit no response? Herein lies the mystery of when and why citizens rebel. No one really knows what sets off massive waves of protest.

Consider, too, the violent protests that followed the recent death of George Floyd and the severe beating of Rodney King in Los Angeles nearly 30 years ago. Other similar events occurred between those incidents that did not elicit such a response.

Though we do not know why certain events unleash mass protest and violence and others do not, we do know why mass protest is so difficult to pull off and why most organized attempts to mount such protests fail. Mancur Olson demonstrated that in theory, the greater the consensus and importance of the issue, the more unlikely it is that large numbers of people will rise up to do anything about it. Most people, faced with the prospect of spending their own time and money and possibly even risking their lives, hope other people will take action in their stead—even for a worthy cause.

Reserve duty in Israel is a classic example. Most young Israelis readily acknowledge the need to go to reserve duty, but when called, many will ask to be exempted. The summons to reserve duty amounts to only 50 words, but the sanctions in small print on the back are 10 times that number.

The same dynamic is in play when the PA and Fatah call for massive protests. Most Palestinians understandably hope that the next person will face the tear gas, the rubber bullets, the risk of imprisonment or fines, and the rarer but present danger of being maimed or killed.  Few actually show up.

The Palestinian officials who are threatening mass violence over sovereignty know this full well. Most of the “Days of Rage” they called for yielded only minor demonstrations. The waves of violence that did erupt usually caught those officials (as well as Shabak and the IDF) by surprise.

Of course, this does not mean a declaration of sovereignty will not elicit protests. The PA has Fatah professionals who are paid to foment strife, but they are not in a position to ensure numbers that would produce mass and continuous violence.

As for the Palestinian security forces trained by the US Army since 2006, they are hardly likely to be deployed to commit violence against Israel. They are too important to the PA, which needs them to suppress Hamas—the terrorist group that evicted the PA from Gaza in 2007.

Nor is it likely that the Palestinian soldiers would fight with any particular zeal. This insight is from Supreme Court Justice and ardent Zionist Louis Brandeis. On his first visit to Palestine, he met 20-something Jewish pioneers who sneered at anything bourgeois, pining instead for work battalions or roles in the battle against malaria while draining the swamps. On a second visit 10 years later, he observed that many Jewish pioneers pined for an office with a fan.

Most Palestinian security officers have been in the service for over 10 years and are at least 30 years old. Many have families and all have been accumulating pensions. It is doubtful that many will be enthused about taking on the far superior IDF.

Is my prognosis correct? I can’t say for sure, but it is the educated hunch of a student of Palestinian politics, protest, and violence for nearly 40 years.

Nothing is guaranteed either way. Needless to say, the Shabak, the IDF, and Border Police should be prepared for the worst. 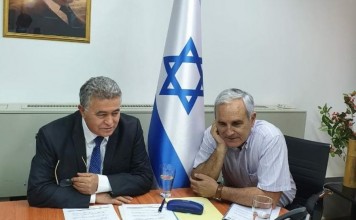 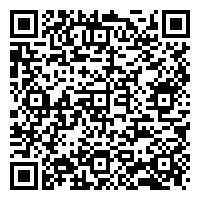