With all due respect to letter writers Josh Greenberger and Freda Goldman, where is the evidence of mass fraud?


Trump has lost repeatedly in court. Georgia – with a Republican governor and secretary of state – has done several recounts. The results haven’t changed.

In Pennsylvania, Judge Stephanos Bibas, a Republican appointee declared, “The campaign’s claims have no merit.” U.S. District Judge Matthew Brann, another Republican, said in response to the Trump campaign’s effort to stop Pennsylvania from certifying its election results (with the aim of the state ultimately declaring Trump the winner): “One might expect that when seeking such a startling outcome, a plaintiff would come formidably armed with compelling legal arguments and factual proof of rampant corruption. That clearly has not happened.”

Additionally, Attorney General Bill Barr said, “U.S. attorneys and FBI agents have been working to follow up specific complaints and information they’ve received, but to date, we have not seen fraud on a scale that could have affected a different outcome in the election.”

In the words of Judge Bibas, “Calling an election unfair does not make it so. Charges require specific allegations and then proof. We have neither here.”

As President Trump’s days in office wind down to a chaotic end, so hopefully will letters to The Jewish Press claiming election fraud.

The president has an interesting history of crying foul when outcomes don’t suit him. Remember his thrashing of Ted Cruz’s hard-fought victory in the Iowa caucuses? He accused Cruz of election fraud. After all, how could he possibly lose? Sound familiar?

Even Attorney General Bill Barr has refused to support claims of mass election fraud. He has plainly said that investigations by the Departments of Justice and Homeland Security have yielded no evidence to stop Joe Biden from taking office on January 20.

Incredibly, Trump had the chutzpah to try to bully Republican Georgia Governor Brian Kemp and pressure state legislators to pick electors that will support him. And now, true to form, he’s warning that the Georgia runoff elections for Senate will be rigged (unless his side wins, I guess).

My letter regarding the Trump team’s attempt to undermine the election results generated both praise and criticism in last week’s letter section. Praise is always welcome, but I will focus on the criticism:

Letter writer Myron Hecker wants to know how I am certain that “the chance that massive mistakes, or fraud, took place is close to zero.” What, he asks, about the reported illegalities that may have been perpetrated in key states such as Wisconsin, Michigan, Pennsylvania, and Georgia?

The fact that someone alleges election fraud, however, does not mean it took place. Given the viral nature of our information age, fringe theories rapidly acquire unwarranted traction. Spreading the election fraud canard therefore has been simple. That doesn’t change the fact, though, that it’s a canard.

This past year, the Los Angeles Dodgers won the World Series, defeating the Tampa Bay Rays in an exciting battle. If someone claimed the Rays were cheated, that the umpires made biased calls, that players purposely played poorly, we would dismiss the charge as nonsense, regardless of how often the charge were repeated.

Similarly, we must reject false claims of a biased election, congratulate Joe Biden and Kamala Harris, and move on with the country’s urgent business.

I find it amazing when Democrats say there’s no proof of election fraud. Indeed, that’s the whole point of not letting Republican poll watchers observe you as you count half a million votes – so that there won’t be any evidence of fraud!

Is it the Democrats’ contention that cheaters should be rewarded? Why wouldn’t they cheat again if there’s no price to pay for flagrantly breaking election law and kicking out Republican poll watchers as they did in Pennsylvania and elsewhere?

That said, the Trump campaign has hundreds of sworn affidavits from people who observed fraud firsthand. These people have been testifying before state legislatures all week. Also testifying have been data analytic experts who have said that the vote spikes for Biden in the middle of the night of November 3-4 are unexplainable unless massive fraud took place.

Only a dishonest, badly misinformed, or willfully blind person can say massive fraud didn’t occur with a straight face.

According to mainstream polls, 70 percent of Republicans and 30 percent of Democrats believe the election wasn’t free and fair. It would be very easy to restore confidence in the system. Conduct a full audit – not a recount, an audit – of the vote where massive fraud has been alleged. Yet, Democrats are fighting this proposal tooth and nail. Apparently, power matters more to them than fairness – or the future of this country.

Where Are the Masks?

I was very dismayed when I saw the front page of The Jewish Press last week. It showed 60 men celebrating at a gathering after having collectively completed 853,965 blatt of Gemara with the organization Shas Yidden. Their tremendous accomplishment should be lauded, but is the pandemic over in Beit Shemesh? In the picture, men were sitting close to one another, few were wearing masks, and even fewer were wearing them properly.

I can only call this picture a chillul Hashem. It gives ammunition to others to claim that frum Jews don’t follow the rules. I know that Beit Shemesh requires wearing masks and staying apart from others indoors, and I am sure it also has rules on the number of people allowed to gather together.

This picture only served to show the blatant disregard for the sanctity of life and the breaking of government rules.

Where Are the Women?

However, I always become slightly irritated when I read the “Is It Proper?” column because the participants in this column are always all men. Surely you realize that there are many women who are just as knowledgeable as the men featured. Why don’t you ever include women on this page?

My slight irritation increased when I read the Dec. 4 issue. The topic was childbirth – a topic about which men have no direct personal experience – and again only men offered options!

Please, in the future, use women as well as men to answer questions in this column, especially when the topic concerns a topic about which no man has any direct experience.

I agree with the esteemed rabbanim who argued last week (“Is It Proper?” Dec. 4) that there is probably no halachic obligation per se for a woman to have a natural birth. However, it behooves all expectant mothers to educate themselves about the downsides to the heavily medicalized childbirth system in America.

Epidurals and various procedures performed in contemporary hospitals are not risk-free, and neither are caesarean deliveries, which are performed at an alarmingly high rate.

Of course, medical intervention is sometimes required. However, the vast majority of births proceed much better with minimal, if any, interference. Society must strive to eliminate the fear many women feel and empower them to embrace and be confident about their innate ability to give birth.

Many people nowadays are also not well-informed about home births. Home births are only advised for healthy women with low-risk pregnancies who will be under the watchful eye of a trained midwife. These home births take place close to a hospital so that the woman can be transferred immediately in case a complication arises.

Research studies show that under such circumstances, home births are just as good, if not better – for both mother and child – than hospital births.

From 1973 to 1990, The Jewish Press championed the plight of Moscovite Marina Tiemkin, who was kidnapped at age 13 by the KGB for “re-education” after expressing her desire to make aliyah to Israel with her father, Dr. Alexander Tiemkin.

From his new home in Israel, Dr. Tiemkin tirelessly campaigned for Marina’s release. He left no stone unturned, writing thousands of letters to arouse public support. He made several visits to the U.S. under the auspices of the Student Struggle for Soviet Jewry and met with members of Congress and government officials.

Finally, in 1990, Marina, her husband Grigory and their two children were granted exit visas to Israel. Both Dr. Tiemkin and Marina’s family reside in Rishon Letzion. But now Dr. Tiemkin – Alexander ben Fanya – is seriously ill. We urge you to pray for his recovery so he can continue to enjoy his freedom and his family.

If, as letter writer Josh Greenberger asserts, he’s not a student of Rabbi Avigdor Miller, I stand corrected. My main point in any event was that for all of the protestations of President Trump and his acolytes, the election is over, and Joe Biden – barring an act of G-d – will become our next president.

Do the Democrats potentially pose an existential threat to America and Israel? Perhaps, but the Jewish community must deal with Biden and Harris with tact and diplomacy rather than rail at them as if they’ve declared their intent to make the world Judenrein.

In 1973, Israel was on the brink of destruction, r”l, during the Yom Kippur War and Richard Nixon, an anti-Semite, came to its rescue. Israel’s staunchest supporter at the time was Senator Henry “Scoop” Jackson, a Democrat.

Few things in life are black and white. Let’s not forget the principle of “lev malachim b’yad Hashem – the hearts of kings are in G-d’s hand.” Ultimately, Hashem decides our fate. 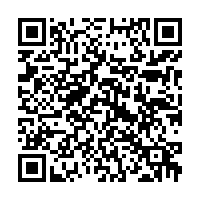