On Enemies and Friends

It’s clear, as last week’s fine article by Jason Maoz (perspectives, “The Yom Kippur War’s ‘Miracle of the Immense Planes,’ October 15) pointed out, that President Nixon didn’t like Jews. He viewed us as the enemy, and he had a point. Just as today, the overwhelming majority of American Jews vote for Democrats. Yet, when the time came to step up, he saved the state of Israel.

Meanwhile, President George W. Bush made his affections for Israel quite clear. He was on our side. Yet no President before or since has endangered the State of Israel as badly as he did.

The bottom line is that Saddam Hussein was keeping Israel safe from Iran. And President Bush took that protection away from Israel.

Rabbi Ethan Eisen makes an excellent case for why we need “Compassion For Migrants” (perspective, October 8). However, allowing unvetted migrants by the hundreds of thousands to pour through our southern border may not necessarily be a case of compassion.

In these days of Covid, the question often is not whether or not to have compassion, but on whom. After over a year of vigorously trying to eradicate the coronavirus, are we supposed to allow hundreds of thousands of unvaccinated migrants to jeopardize our own health? Where should our compassion lie: with the migrants or our own citizens?

And when a migrant who enters the U.S. needs medical attention, will the migrant get turned away from a hospital that has reached its capacity limit, which is common these days, or will an American get turned away because a migrant has taken up a bed? On whom should we have compassion?

Additionally, the concept of compassion does not imply that a country should have no borders. There’s no reason why we can’t be more selective. Those who are really fleeing persecution should be allowed entry. Those who are simply looking for a better life should be advised to go through standard immigration procedures, as millions before them have done.

Indiscriminately allowing hundreds of thousands of migrants to enter our country is being cruel to the migrants and cruel to Americans. It’s cruel to migrants because it encourages even those who are not being persecuted to embark on the treacherous journey to our border. And it’s cruel to Americans because it puts a strain on many of our vital resources that are also desperately needed by Americans. Establishing a strict immigration vetting process would seem to be true compassion.

Regarding Rabbi Ethan Eisen’s article, I am always taken aback by my chaverim who support the wall and with enthusiasm. Let us be grateful that our parents and grandparents, although having to overcome many hurdles, did not have to face such a wall.

The Cost of Removing Came at High Cost

The Biden administration’s return to allying with Israel’s sworn enemies, as exemplified in the editorials “AOC And The Iron Dome Controversy” and “Washington Fiddles as Iranian Centrifuges Whir” (October 1) underscores the fact that the hysteria of the Democrats, including the majority of Jews, with removing Donald Trump at all costs, has indeed come at a very high cost.

Trump may have had certain personality traits that rankled liberals but he did have a vision for America, the world, and so very important to us, for Israel. He also carried those out in an exceptional manner, again not always to the liking of the liberals. America, Israel, and the world in general all prospered during his administration. Even after the Covid pandemic hit, his drive to develop a vaccine at warp speed saved countless lives, for which he will only be credited in the future.

In his place, we now have a seemingly quite impaired president as the presumed leader of the free world. Under his watch, American foreign policy is in shambles, domestic tranquility in tatters, and world leadership ceded to our rivals: China, Russia, and Muslim radicals.

For Jews in particular, the Biden administration has restored Hamas and the Palestinian Authority as major players in the Israel arena, resurrected the two-state solution as the means of ending the Israel-Palestinian conflict, and revived the disastrous Iran nuclear deal that has put Iran at the brink of developing its nuclear arsenal.

I don’t think the obsession over destroying one man was worth the resulting damage to the rest of the world, including Israel.

While I thoroughly enjoy Rabbi Reuven Chaim Klein’s weekly series on Lashon Hakodesh, I have a comment regarding Part I of his series titled “Seasoning the Land” (October 1), where he mentions that Rabbi Yaakov Tzvi Mecklenburg writes that the word “adamah” applies to lands outside of the Holy Land, whereas “eretz” applies especially to the Holy Land.

It is correct that initially, when G-d promises Abraham that he will possess the Holy Land for him and his descendants, the Torah uses the “eretz” (Bereishis 17:8). However, later on when the Torah makes the same promise to the nation at large, it uses the word “adamah” (Devarim 11:21).

It appears that the words are interchangeable. 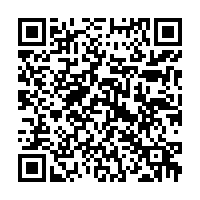