My wife and I feel that the man who wrote to the “Im Yirtzeh Hashem By You” column (“I Want Dating Rules,” April 1) makes a very valid and important point.


In nearly every profession there are rules and standards of conduct. However, dating and shadchanus seem to be a very notable exception, when this profession requires the clearest or rules and conduct.

My wife and I were thinking that every shadchan should have a contract or written agreement of sorts that the shadchan and party should sign that clarify basic things like:

The bottom line is, no matter how many points I make, they all come back to the same bottom line: Communication is a first priority.

The more formal the process, the less miscommunication and fewer misunderstandings – with, hopefully, more positive outcomes and results.

Hashem should bless everyone in their efforts to find the person to share their life with!

In Defense of Ambivalence

Reader Avi Goldstein disapproved of my letter to The Jewish Press (April 1) regarding Russia vs. Ukraine and Ukraine’s long history of antisemitism. Nothing new here – two Jews disagreeing – but I wish Mr. Goldstein had not just “cherry-picked” a single sentence but had digested the thrust of the entire letter. The key word, the essence of my feelings expressed in the letter, was ambivalence. As for his charge that I, among others, didn’t fully condemn Vladimir Putin’s crime, again, Mr. Goldstein apparently ignored my opening comments that lambasted Putin in no uncertain terms.

The key point of my letter was, using the three most intelligent words ever spoken in human history, “I don’t know.” I added, “. . . and neither does anyone else,” as I wondered aloud about the subject of inherited antisemitism or the lack thereof.

Mr. Goldstein also reminded readers of the 2,500 Christians honored by Yad Vashem as “righteous Gentiles.” I’m well-aware of those good people and I’m a proud supporter of Yad Vashem. I’m also a proud supporter of an organization entitled “Jewish Foundation For The Righteous” that provides food, clothing and other necessities to those still-living heroes that, at the risk of losing their lives, hid, sheltered, fed and protected Jews during the darkest days of the Holocaust.

The current conflict is portraying the Ukrainian military and private citizens as brave people resisting Putin’s aggression and determined to remain a free nation, not a satellite or pawn of Russia. I ended my letter wishing them well and I still do. I felt then as I do now, that I’m entitled to some degree of ambivalence. Again, with Babi Yar and many other graphic and horrific examples evoking bitter memories, I don’t know what’s in the minds and hearts of many Ukrainians and, to make the point more personal, neither does Mr. Goldstein. Yes, all those that aided and abetted murder are gone, but I reserve the right to wonder which of them passed down genes that still produce a virulent and ancient hatred of the Jewish people.

As a life member of the Jewish War Veterans, I continue to receive their paper, The Jewish War Veteran. I was so impressed by what I learned that I decided to write to you with an expression of thanks to General Douglas MacArthur. In April 1946 the general invited over 1,000 servicemen to a Passover Seder in which each person was given all the trimmings for a festive meal.

What a wonderful slice of memorabilia! 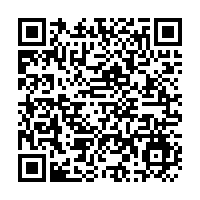