I am in Eretz Yisrael for a family reunion with four generations of my family. I just read Rebecca Guzman’s article on Dr. Amy Neustein’s Sisyphean battle to reform the American Family Court System (“One Woman’s Fight Against the American Family Court System,” August 12). I am overcome with both awe for what this woman has done to help other mothers and with great sadness that she cannot hold her own child in her arms or hear her voice. I know Dr. Neustein from Fort Lee, New Jersey, where I served as past president of the Young Israel of Fort Lee. I didn’t know much about her work as an advocate or her recognition as a national icon among mothers either. Instead, I know her as a kind, sensitive woman who showed a sincere concern for me as a recent widower battling grief and loneliness after the loss of my best friend and ezer kenegdo of nearly 61 years.

In reading this article in The Jewish Press I am roused by the colossal injustice that befell such a lovely, caring, refined woman, and by the injustice affecting mothers of all faiths. I am a Levi and in the shul where I davened this morning, I davened for Dr. Neustein’s happiness and for a reunion with her daughter as well as for all the mothers across America who have been bereft of their children. Let the New Year bring genuine happiness to Dr. Neustein and to all the mothers who so richly deserve their children. Motherhood is the bedrock of our tradition and faith. I thank The Jewish Press for publishing this most important story.

Thank you for publishing such a fascinating article (“One Woman’s Fight Against the American Family Court System,” August 12) which was about Dr. Amy Neustein, what she went through, and what she has done on behalf of so many other women who meet with similar tragic fates. It is a wonderful thing when a person who suffers a tragic situation can help others overcome similar tragedies instead of just sitting around and feeling sorry for themselves. Dr. Neustein evidently is a very impressive person, in general, to accomplish what she has accomplished. On top of that, her first-person account of the revelation to her at Ratner’s Restaurant so many years ago is enough to strengthen people’s beliefs in G-d and Kabbalah!

A Solution to the Agunah Situation

I wish to comment on the article, “Escaping From A Marriage That Almost Cost Her Life,” July 29). This told the story of a woman who was dreadfully abused, physically and mentally, during her marriage. She got a civil divorce, but her husband refused to grant a get for over ten years. What a “shanda” that she had to suffer her loss of freedom for over ten years.

I propose a solution to the inhumane agunah situation. Boards of organizations overseeing rabbis should insist that no rabbi perform a marriage unless the man signs a legally binding prenup stating that he will immediately grant a get following a divorce.

Did you receive an invitation to Democratic House Speaker Nancy Pelosi’s latest campaign fundraiser? It will be held in trendy East Hampton on September 4 on behalf of the Democratic Party National Congressional Committee. Tickets start at $5,000 for a friend, $10,000 sponsor, $25,000 host or $36,500 to join the Speakers Cabinet. Paying $36,500 affords you admission to a private reception with Pelosi before lunch. Her husband might offer some insider information for future stock investments. They might tell you how you can build your net worth up to $100 million like they have.

Like most ordinary Long Islanders, I can’t afford the price of admission. I am willing to park limousines, bus tables, mix drinks or check coats in exchange to get in. President Biden’s Department of Homeland Security can schedule one of their midnight flights for illegal immigrants coming over the border to land in the Hamptons. They could mingle with the guests and provide some inexpensive bus boys, kitchen staff, bartenders or parking attendants to help keep event costs down for Pelosi & Company. After the event, each guest could take an immigrant home. Offer them lodging, food, clothing, a job and add them to your health insurance plan. 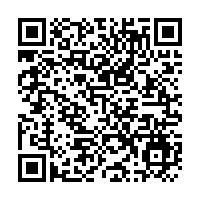