Less than half a year after the terrifying attack in Bnei Brak in which an illegal Arab infiltrator who was employed in the city murdered five people, the licensing officers at the Bnei Brak precinct who were conducting a proactive search aimed at ridding Bnei Brak of illegals, arrived at a local catering business and discovered an illegal resident who was working there.

A police investigation revealed that the owner of the business employed the Arab without entry and employment permits. After a hearing that was conducted for the business owner, it was decided to issue a 15-day closure order for his business.


On March 29, Dia Hamarsha, 26, a resident of a village near Jenin who was working illegally at a construction site in Bnei Brak, executed five civilians at close range using an automatic rifle. 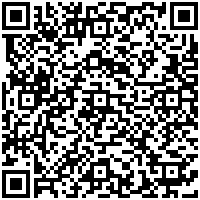