The BBC on Wednesday cited the Jewish Agency as saying that 20,500 of Russia’s estimated 165,000 Jews have made Aliyah since March, the start of the Russian invasion of Ukraine. This is an astonishing figure, indicating that more than 12% of Russian Jews were fearful enough of the changes overtaking their country to leave everything behind and take advantage of Israel’s offer of a new home.

Anna Shternshis, Professor of Yiddish studies at Toronto University and a specialist in Russian Jewish history, told the BBC this time the Jews are rushing to leave Russia without there being a rise in antisemitism, as was the case in the 1970s and ‘80s. She explained that “every time something happens in Russia, some upheaval, some change, Jews are always in danger.” This was the case, she said, during the economic crisis of the late 19th Century under Czar Nikolai, the 1917 revolution, and World War Two. “Not everyone acts on it, but every Jew in Russia today is thinking about this,” she said.

In late July, Israel Hayom cited similar figures that were offered by the Jewish Agency regarding Russian Aliyah: since the beginning of 2022 no less than 19,168 Jews immigrated to Israel from Russia, compared to 7,824 in all of 2021. Meanwhile, only 12,358 Jews have made Aliyah from Ukraine this year, even though they are under more direct physical danger than their Russian brethren.

One of the reasons cited by Israeli Aliyah officials is the very real fear that President Putin would ban flights with Olim to Israel. Many view the legal assault on the activities of the Jewish Agency by Moscow as the result of Russian reluctance to see highly educated Jews, especially IT experts, all of whom have been schooled in Russia, fleeing the country. This reluctance has become particularly acute under the constant cyber-attacks on Russia.

Some Russian Jews have suggested that Putin et al are especially angry at the pro-Aliyah campaign run by the Jewish Agency which drummed up the fears of a coming wave of antisemitism as a result of the war. One Rabbi living in Russia told Israel Hayom: “It’s not something terrible and far-fetched for a state to act to stop an organization that encourages its citizens to flee from it in the middle of an emergency.”

Israel has asked Russia to postpone the court hearing scheduled for Friday, August 19, on the future of the Jewish Agency there, and offered instead to try and reach an agreement outside the court.

Russia, for its part, is also curbing its cyber interaction with Israel: last week Russian tech giant Yandex canceled plans to transfer the development of technologies for self-driving taxi and delivery robots to Israel. According to the newspaper Kommersant’s report, Yandex will leave the source code and technologies for self-driving cars in Russia. 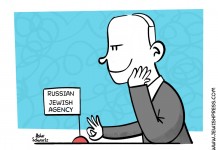 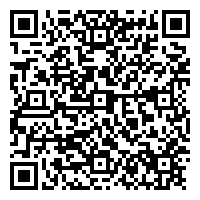