The charade is played out every evening on election day. Television news anchors and beat reporters, on local stations and the networks, come on the air full of breathless anticipation, seeking to build an atmosphere of nail-biting uncertainty.

Unless a particular race results in a landslide of mammoth proportions – and the vast majority of them do not – projected winners are not announced until after a sufficient number of voting districts have officially reported in.


The choreographed suspense makes for wonderful theater, as the action continually shifts between the anchors in the studio and the reporters stationed at the various campaign headquarters. Every few minutes a fresh batch of figures is announced, widening the gap in one race, tightening it in another.

And every time the numbers are updated, back we go to the correspondents at the rented halls for stories of jubilation or desperation, renewed hopes or sinking expectations.

Meanwhile, back at the anchor desks, there is much speculation about what the latest data could possibly mean.

It’s all so intriguing, so exciting…so phony. Because one of the media’s dirty little secrets for many years was that thanks to exit polling, anchors and reporters covering the races on election night almost always knew the results hours before the polls even closed.

Even now, with 24-hour coverage of politics on cable TV and the Internet and after the controversy over the 2004 exit polls that indicated John Kerry would beat President George W. Bush, exit polling is still something of which many Americans are at best only dimly aware.

The existence of exit polls and the media’s reliance on them first began to permeate the public consciousness – at least among those who paid close attention to politics and the media – in 1980, when the networks called the presidential election for Ronald Reagan just a couple of hours after the first states had closed their voting booths and long before many voters had even cast their ballots on the West Coast.

But the subject was something journalists – understandably – were reluctant to speak about. An early public airing came in the November 1998 issue of Brill’s Content, a short-lived magazine dedicated to exposing journalistic excess.

In an article titled “Exit-Poll Results: The Public Is the Last to Know,” Warren Mitofsky, a former executive director of the CBS News Election and Survey Unit who has since passed away, wrote that by “early [election day] afternoon, the network exit-poll consortium will open the computer spigot to its members and subscribers. Within minutes, political insiders – politicos and journalists alike – will be buzzing with the results.”

As Mitofsky noted, the people who do the buzzing are the very ones who have agreed among themselves – in the name of civic responsibility, of course – to carefully guard the exit-poll projections from the public until the voting booths close.

But Mitofsky suggested that something other than altruistic devotion to good government drove this double standard.

“It is considered bad form to broadcast early exit-poll estimates before polls close because doing so could discourage late voters from casting ballots,” he wrote. “However, journalists and politicians consider themselves an elite class that is able to handle this potent news without contamination. Throughout election day they clamor for it while they protect the citizens’ right to remain uninformed.”

Does any of this make a difference? Mitofsky said it does, since “early exit-poll results influence print and broadcast news reporting. They also affect get-out-the-vote efforts by politicians and the spin their consultants put out to the press. They can even affect the stock market.”

As soon as exit-poll estimates become available, wrote Mitofsky, they “are then leaked by staffers at various news organizations to their many friends and acquaintances in and out of politics. In fact, these exit-poll results are stock-brokered like commodities – used by campaign sources and journalists to squeeze more information from one another.”

Something to bear in mind on election night this November when the reporters and pundits on television and radio will once again pretend to be as much in the dark as you are about the election results. 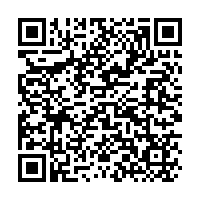