A radical group with a history of biased research provided data which a federal court used last week to block a new voter ID law in Texas, ruling the state failed to show that the law would not harm the voting rights of minorities, KleinOnline has learned. The center was heavily instrumental in opposing the voter ID law in Texas as well as a similar law in South Carolina, including providing key data to the Justice Department and to the organizations behind the lawsuits against the two laws.


The voter ID data collected by the group, the Brennan Center for Justice, has been called into question by experts and has been contradicted by other credible studies.

The Brennan Center is located at New York University School of Law. In November 2006, the Brennan Center issued “Citizens Without Proof,” an extensive report that claimed voter ID policies will disfranchise millions of minority, elderly and low-income voters because those voting blocs are less likely to possess documentation than the general population. That singular report is routinely cited by news media and activists seeking to prove voter ID is racist.

The Brennan Center’s report was based entirely on one survey of only 987 “voting age American citizens.” However, the report contained no information on how the survey determined whether a respondent was actually an American citizen.

One footnote in the Brennan report contradicts the report’s very premise. That note states that “[t]he survey did not yield statistically significant results for differential rates of possession of citizenship documents by race, age, or other identified demographic factors.”

Besides receiving a reported $7.4 million from Soros’s Open Society Institute since 2000, the Brennan Center was also the recipient of grants from the Joyce Foundation from 2000 to 2003. President Obama served on the Joyce board from 1994 through 2002.

Al Gore’s claim that an end to the Electoral College will ensure all voters get equal representation in a popular vote is contradicted by a recently released book that documents how the “popular vote” campaign could see only 14 states – those with the largest populations, most of which are majority-Democrat – decide the presidency for voters in all 50 states.

Gore took to his Current TV to push for the abolishment of the Electoral College and its replacement with a national popular vote process. He claimed that many voters who live outside the dozen or so battleground states are being cheated by the current system that allocates delegates from the state level.

The vote for president is the only one in which all Americans vote for a national leader. In framing the U.S. Constitution, the Founding Fathers rejected a purely popular vote to elect the president in order to balance the power of the larger states against the smaller ones. The Electoral College was fashioned as a compromise between an election of the president by direct popular vote and election by Congress.

This columnist’s new book, Fool Me Twice, documents that a group backed by a who’s who of the progressive left, calling itself the National Popular Vote, or NPV, has already been successful in quietly pushing for abolishing the Electoral College in favor of a popular vote process.

“Under the rubric of a ‘National Popular Vote,’ this plan would allow the 14 most populous American states, mostly majority-Democrat, to determine the outcome of future presidential elections. The voters of the 36 less populous states would then effectively be disenfranchised,” warns the book.

In 2007, Maryland became the first state to approve a “national popular vote” compact. As a result, in a theoretical winner-take-all contest, Maryland would allocate all of its 10 electoral votes to the candidate who won the most votes nationally – even if the same candidate did not win the most votes in Maryland. 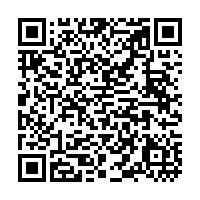